The Proust Questionnaire is a set of basic questions that are said to reveal one’s true nature. Its name and popularity is derived from famous French writer Marcel Proust, who answered the questionnaire when he was 14 years old. Two years after his death in 1922, Proust’s original manuscript, titled by Marcel Proust himself, was discovered.

In the decades to come, the Proust Questionnaire was used as an interview format by the likes of French television host Bernard Pivot and American magazine Vanity Fair, the latter of whom ressurected it in 1993 when they began publishing various public figures’ answers on the last page of each issue.

In 2009, Vanity Fair released a collection of answers to the Proust Questionnaire from a range of cultural icons such as Allen Ginsberg, Jane Goodall, and David Bowie, who answered it back in 1998.

His responses are, in true Bowie style, charged with wit and wisdom, playful but not in jest. Basically, they’re yet another piece of proof that the man was a genius. Check them out below. 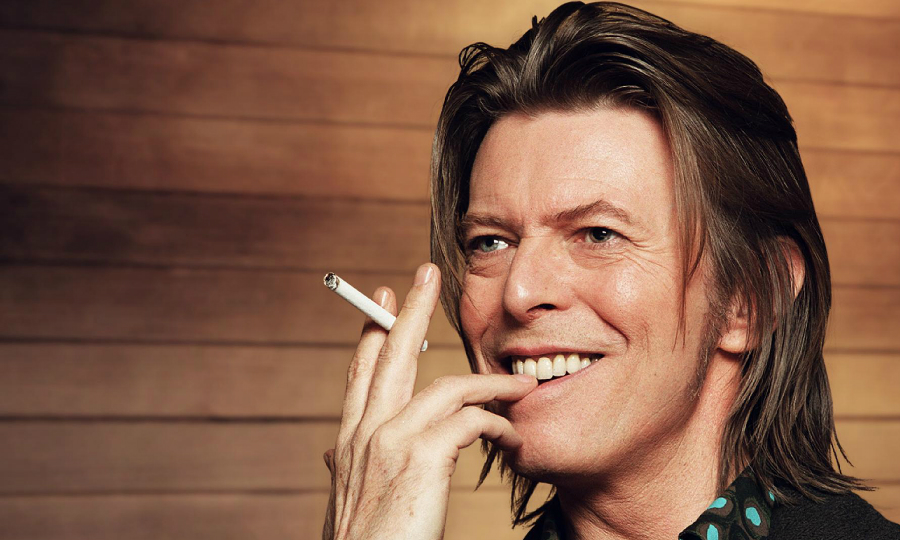 From the August 1998 issue of Vanity Fair:

From the glammed-out androgyny of Ziggy Stardust to his big 80s anthem, “Let’s Dance,” to his current “jungle-influenced” sound, David Bowie has proved to be rock’s indestructible chameleon. This month, the Thin White Duke prepares to release a new album and demonstrates here that, even though he is 51, his taste for oddities remains the same.

What is your idea of perfect happiness?

What is your most marked characteristic?

Getting a word in edgewise.

What do you consider your greatest achievement?

What is your greatest fear?

Which historical figure do you most identify with?

Which living person do you most admire?

Who are your heroes in real life?

What is the trait you most deplore in yourself?

What is the trait you most deplore in others?

What is your favorite journey?

The road of artistic excess.

What do you consider the most overrated virtue?

Which words or phrases do you most overuse?

What is your greatest regret?

That I never wore bell-bottoms.

What is your current state of mind?

If you could change one thing about your family, what would it be?

My fear of them (wife and son excluded).

What is your most treasured possession?

A photograph held together by cellophane tape of Little Richard that I bought in 1958, and a pressed and dried chrysanthemum picked on my honeymoon in Kyoto.

What do you regard as the lowest depth of misery?

What is your favorite occupation?

Squishing paint about a senseless canvas.

What is the quality you most like in a man?

The ability to return books.

What is the quality you most like in a woman?

The ability to burp on command.

What are your favorite names?

What is your motto?