Engineering the Sound: what does the world's most expensive fuzz sound like?
Skip to content
[gtranslate]
OP What does the most expensive fuzz pedal in the world sound like? The Baldwin Burns Buzzaround is as rare as hen’s teeth, but Engineering the Sound managed to get their hands on one.

The fetishising of vintage gear – for better or worse – is here to stay. The Baldwin Burns Buzzaround is a fuzz pedal that falls into that ‘mythical’ category. Manufactured for just a few years in the mid-’60s, it’s from a time when pedals were more primitive.

But good lord, they sounded good.

Needless to say, Engineering the Sound was more than a little eager to put this ancient fuzz through its paces.

As an effect, fuzz is somewhat of an acquired taste. It was born in a time where distortion was synonymous with faultiness and definitely not desirable. That all changed with some ringing endorsements from the likes of The Kinks (the iconic ‘ripped speaker’ tone of You Really Got Me) and that unforgettable riff from The Rolling Stones’ Satisfaction (powered by the Maestro FZ-1 Fuzztone). Possessing the ability to switch on and off distortion with the help of a simple box was revolutionary; the Baldwin Burns Buzzaround was right there at the beginning.

Circa 1966, Baldwin-Burns Ltd saw this business opportunity and commenced manufacture of a fuzz unit that, unbeknownst to the company, was to become ‘the holy grail of fuzz boxes’.

This pedal utilises three NKT213 germanium transistors to amplify and clip the signal to produce the square-wave tone that we know as ‘fuzz’. Instead of the 3 volts powering the Maestro, the Buzzaround runs on a princely 9 volts and at the time cost 10 guineas (approx £10.50). For reference, the legendary Burns ‘Bison’ guitar would have cost you 140 guineas, with an additional 8 guineas for a matching case. Founded in 1959, Burns was a UK guitar manufacturer and Baldwin, a longstanding American piano company that began production around 1889. Baldwin desperately wanted a piece of the new, lucrative pop music instrument market, which at the time meant guitar manufacturing. They attempted to purchase Fender but were outbid by the CBS company and purchased Burns instead for around US$380,000 (CBS ended up paying around $13 million for Fender, about $2 million more than they paid for the New York Yankees a year earlier).

As for the pedal, many of the details of manufacture numbers and dates have been lost to time. We know that the pedal was most likely produced from approximately 1966 to 1969 and that rumours have circulated the internet that only 200 were built, which is most likely untrue. We also know for a fact that the Buzzaround was used by both Robert Fripp (King Crimson, etc) and Chris Britton (The Troggs), and that the circuit is very close to that of the Sola Sound Tone Bender MKIII, suggesting that this model of Tone Bender was heavily inspired by this unit.

When it comes to controls, the labelling of the unit is somewhat cryptic, and the controls themselves are very interactive with each other. The ‘Sustain’ knob is similar to that which you may have found a few years later on a Big Muff — it increases the sustain and saturation of the unit. ‘Balance’ controls the bias of the third transistor, which affects both your tone and the amount of fuzz, and the ‘Timbre’ knob is somewhat of a tone control, but not quite (it blends between two capacitors producing either a brighter or darker fuzz tone). It is also the last knob in the chain and somewhat controls the volume, but not without adjusting the overall tone.

As you can gather, the controls are vague but overall lead to a vast array of possible sound, tones, and colours produced by the unit. You can also see why many pedal builders who recreate the circuit will add a master volume control as it’s incredibly easy to crank an original pedal up very loud. It may seem strange that a humble box of transistors, capacitors and resistors can command a sky-high price tag. Due to the rarity, provenance, and sound the unit is capable of, the price for an original Baldwin Burns Buzzaround has shot up to AUD $10K. So keep your eyes peeled at suburban garage sales, start saving, or find a great reproduction to continue your fuzz expedition.

For the demo, we lined up the Buzzaround with a few other fuzzes, so you can really get a sense of its unique flavour. The others included the Death By Audio Fuzz War, the Ivan Richards Rich Fuzz, and a Mosrite Fuzzrite clone.

While you’re here, check out our Ultimate Fuzz Pedal Guide. 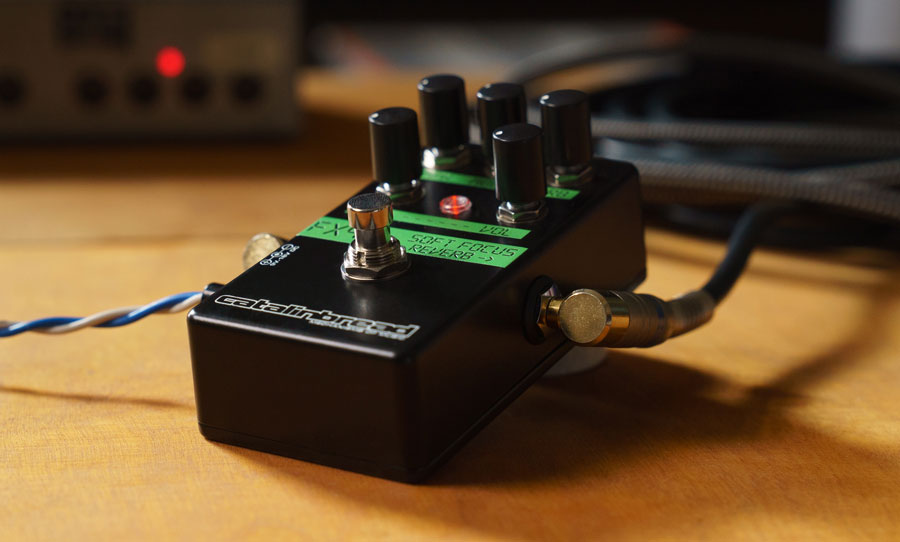