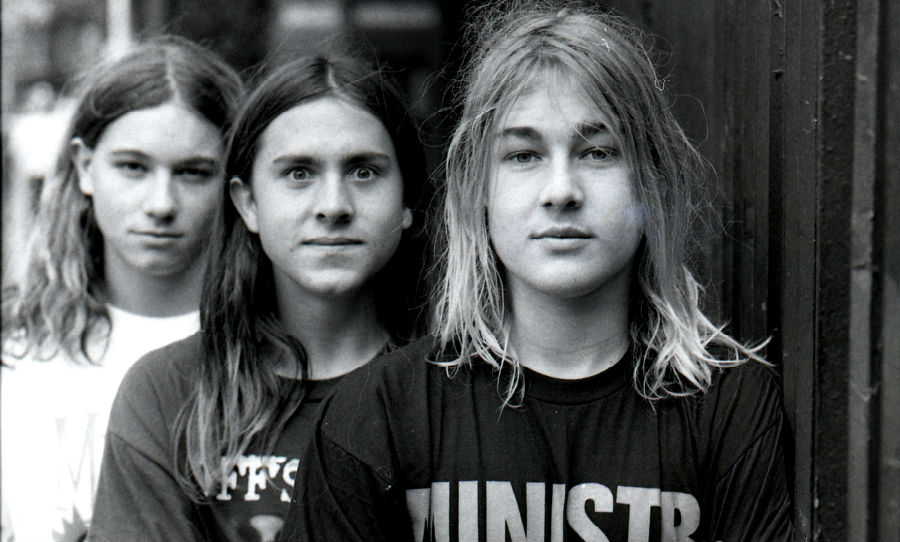 I am too young to have experienced the rise of Silverchair. I wasn’t even born when their first album Frogstomp was released.

I listened to them sporadically while growing up through my dad; he thought a line in Tomorrow where Daniel Johns sings about tap water being very hard to drink was the funniest lyric that had ever been written. He’d play it for my brothers and me in jest, so when I came to form my own view of the band I was under the assumption they were a bit of a joke.

Growing up I remember seeing Johns in tabloids. His troubled relationships, his erratic moods and his unpredictability were always making headlines. When I grew older I came to learn about Johns’ issues with mental health. I began to feel a connection to him through our mutual struggles with an eating disorder. I still didn’t know too much about his life, but I knew that I had come to respect him because he’d been through what I was going through.

When it came time to pick my next review, The Book of Daniel was, for me, an obvious choice. I wanted to learn more about this enigmatic figure that had been strangely present in my life, albeit from afar, since I was just a child. I didn’t know anything about Johns but I wanted to and found Jeff Apter’s new release the perfect place to start.

The Book of Daniel was surprisingly hard to put down. Music biographies, I feel, are incredibly accessible for readers and non-readers alike. They’re written without the ego of literary fiction, so can be approached without caution by people who don’t like reading but want to. Jeff Apter is a veteran music biographer. He has written over twenty titles detailing the rise of musicians, including Jeff Buckley, the Finn Brothers, The Cure and Red Hot Chili Peppers. He has a way of writing that makes you feel like you’re within the pages.

I felt like I had been there watching Silverchair play to a crowd of 250,000 in Brazil in 2001; like I had witnessed him wed Natalie Imbruglia on an island off the coast of Queensland back in 2003; like I, too, had watched him crash and fall from the inside.

“And then I read a book, and again this is when I was in school, called No One Here Gets Out Alive, which is a biography of The Doors’ singer Jim Morrison, and it was, like, the perfect storm for me because it was a really well-written biography but it was also about music. There was a lot of crap written in the name of music biographies, a lot of stuff that’s just from fanboys or people who are obsessed with certain acts and it kind of undermines the whole genre.”

The Book of Daniel debunks the myth that Johns’ tumultuous life was birthed from a Messiah complex, an ego so enlarged that it perhaps landed the singer into trouble. The book’s title is perhaps a tongue-in-cheek homage to the 2nd century BC apocalypse prophecy writings of the same name.

Johns, from what I gathered upon finishing the book, is an enigma, a mystery that perhaps doesn’t require solving. Jeff would know, too; he’s been with Silverchair since his days of full-time music journalism, around the time of the release of Diorama. It was Silverchair that lead him onto his path writing music biographies, which is now his full-time gig.

“You know, it just got me into a really interesting position where I had a really unusual… insider’s view. I wanted to leave Rolling Stone because I was just sick of the cycle… The opportunity came up to write a very, very early version of the Silverchair biography, and I thought ‘that’s it, I’m ready to leave [Rolling Stone]’, and I did that, and it just showed the possibilities of music writing…”

You can tell Apter is passionate about Silverchair and Daniel Johns by the way the book pans out. It’s in-depth and it’s been carried out in a way that’s sensitive about sensationalising Johns’ life and his troubles with relationships and mental health.

The book is about the music and the person behind it. Apter’s respect for Johns is imminent throughout. The Book of Daniel is just as important for the author as it is for the readers. After all, it brought Apter back to where it all began.

“The Daniel Johns biography brought me back to where my book-writing career really started… there’s a nice kind of symmetry to the whole thing.”

The Book of Daniel was published by Allen and Unwin. You can purchase a copy via their website.