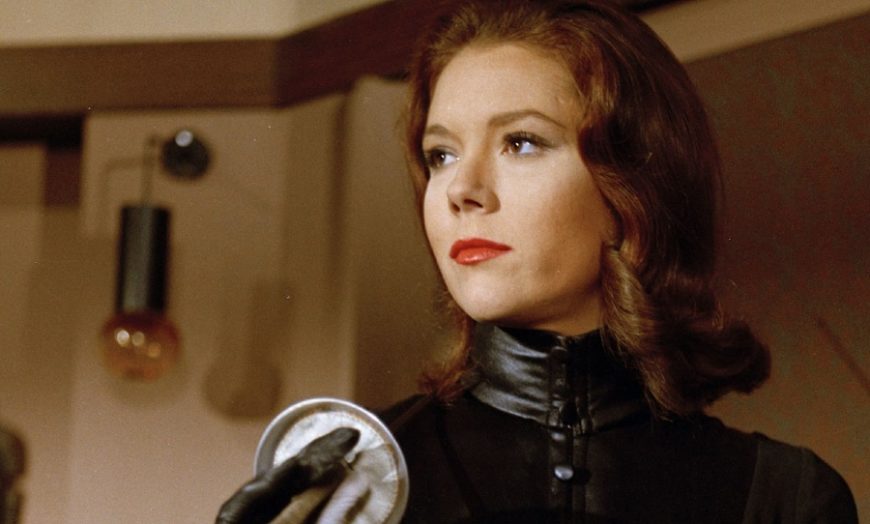 Emmy Award-winning star Diana Rigg, who is best known for her roles in The Avengers, James Bond, and Game of Thrones, has passed away aged 82.

Diana Rigg was an icon of the ’60s and the news of her passing has reminded us how brilliant her career was.

Starring as the luminous Emma Peel in the British TV show The Avengers, James Bond‘s love interest in the 1969 film On Her Majesty’s Secret Service, and Olenna Tyrell in Game of Thrones, her career has spanned decades. “My Beloved Ma died peacefully in her sleep early this morning, at home, surrounded by family,” Rigg’s daughter Rachel Stirling wrote, continuing on to explain that the actress “died of cancer diagnosed in March, and spent her last months joyfully reflecting on her extraordinary life, full of love, laughter and a deep pride in her profession.”

Indeed, her roles in The Avengers and Game of Thrones earned her six Emmy nominations, whilst her portrayal of Mrs Danvers in the PBS miniseries Rebecca won her an Emmy for Outstanding Supporting Actress in a Miniseries.

Costars and fans have been celebrating her life all over Twitter:

“We are very sad to hear of the passing of Dame Diana Rigg, the legendary stage and screen actress who was much beloved by Bond fans for her memorable performance as Tracy di Vicenzo in On Her Majesty’s Secret Service, the only woman to have married James Bond.” pic.twitter.com/nqQCSg35oM

#DianaRigg was a star. She possessed undeniable talent, incredible presence, and a fashion sense equal to mine! I will always remember the fun, laughter, and joy moi shared with my dearest Lady Holiday.

Be a dragon.
The realm will always remember Diana Rigg.

I’m so sad to hear of the death of Diana Rigg. She undoubtedly raised my acting game when we made On Her Majesty’s Secret Service together in 1968-9. I remember the press conference at the Dorchester in London, knowing she was going to play my wife. We …https://t.co/2OgVHS0JMK pic.twitter.com/bEaHKXlsnB Stan LePard, composer behind 'Guild Wars 2', 'Halo', and 'Age of Empires III', has passed away 'The Sound of Music' star Christopher Plummer dead at 91