On the list for this weekend in reading is the remarkable story of Arlan Hamilton in It’s About Damn Time and a rare perspective from Stephan Orth in Couchsurfing in China.

Take a hallucinatory trip to Africa in The Down Days, found out about the great firsts in history in Who Ate the First Oyster? and Minor Detail is an engrossing piece of contemporary story-telling. Let’s check out the list.

It’s About Damn Time, Couchsurfing in China, The Down Days, Who Ate the First Oyster? and Minor Detail are the best new books for the weekend.

It’s About Damn Time: How to Turn Being Underestimated into you Greatest Advantage by Arlan Hamilton with Rachel L. Nelson

This book traces the beyond-inspirational story of Arlan Hamilton, a black, gay and once-homeless woman who rose to the top of the white male-dominated world of Silicon Valley. Far from a typical rags-to-riches tale, Hamilton offers up tactics to turn perceived disadvantages into your greatest asset. More at Hachette. Couchsurfing in China by Stephan Orth

In this volume, Orth takes an unconventional path toward understanding this leviathan of country. He stays with locals to get the inside story on modern China—a mysterious and sometimes confronting society where the old and the new collide in every moment. Visit Black Inc. for more. The Down Days by Ilze Hugo

Life in a post-apocalyptic city, bereft of truth and brimming with paranoia is explored in Hugo’s new novel. It traces the intertwining paths of a cohort of hustlers, trying to survive in a city that has literally gone mad. See Simon & Schuster for more details. Who Ate the First Oyster?: The Extraordinary People Behind the Greatest Firsts in History by Cody Cassidy

It’s the subject of supreme fascination: Who did it first? This makes Cassidy’s research all the more remarkable. With epic enthusiasm for these rabbit holes of history, Cassidy gives us a unique glimpse into ancient civilisations and uncovers the ‘firsts’ that are still tied to our modern lives. Via Hachette. A year after the War of 1948, which is mourned by Palestinians as the Nakba, a terrible crime is committed. In modern Ramallah, a young woman discovers this event within larger context of history, which leads to an all-consuming obsession. See Text for more. 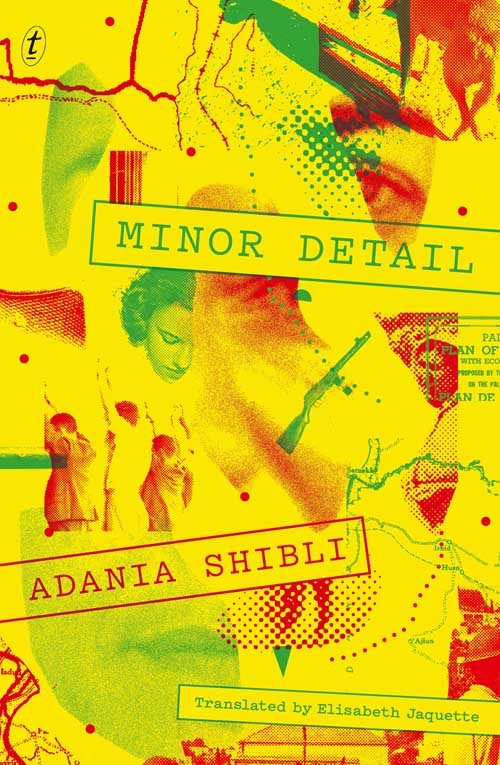