The news comes from Japanese adult retailer J-List, who posted a statement to their website alerting customers to the recent change. J-List serves as an online retailer for international customers wishing to purchase Japanese products. The company specialises in otaku goods, anime, and manga (which also includes sex toys, cosplay, and figurines). Yet two weeks ago, the retailer took to their blog to outline recent changes to their ability to import products into Australia.

“Australia’s customs rules have made the news time and again, like when actor Johnny Depp was told to remove his dogs from the country or they’d be put down,” the website started out, jokingly referencing the time when national embarrassment Barnaby Joyce threatened to remove (or even kill) Depp and Amber Heard’s two Yorkshire Terriers after they were illegally brought over from California.

DHL advised J-List to stop sending adult products to Australia effective immediately, and any orders which had already been placed were returned to the retailer the following week.

“The best way to avoid getting anyone’s hopes up of receiving something new, shiny, and for adults only is to cease shipping adult products to Australia,” J-List conceded.

Whilst there doesn’t appear to be any clear explanation behind the ban, J-List quotes the ABF website, which offers up a broad definition of items which constitute “illegal pornography” – and are hence banned from being imported into the country.

“Publications, films, computer games and any other goods that describe, depict, express or otherwise deal with matters of sex, … in such a way that they offend against the standards of morality, decency and propriety generally accepted by reasonable adults are not allowed,” the website describes. 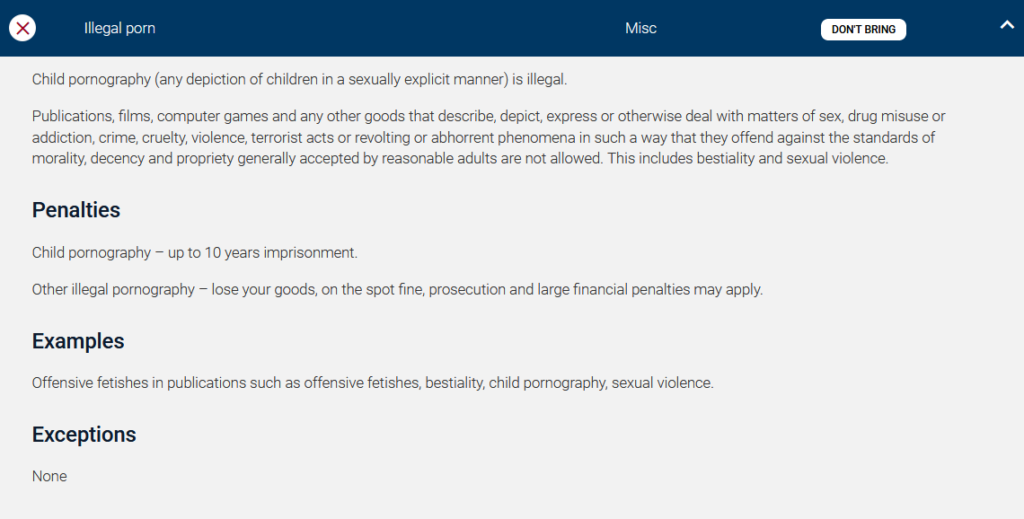 The most likely reason for hentai’s sudden inclusion in the ABF’s definition of illegal pornography seems to be due to fears that it enables the entry of child pornography into the country.

It comes after it was discovered earlier this year that videos and comic books containing sexual images of children (including child rape) were being sold in Australia, prompting two South Australian politicians to call for a review of classification laws. A few months later, the AFP also revealed that the largest-ever number of child sex dolls had been intercepted on their way into the country in the first half of this year.

Yet, many are calling the move hypocritical – citing the recent controversy involving the sexualised depiction of children in Netflix’s Cuties which is still available to stream in Australia – and even racist. Some have claimed that anyone caught with the material can now face harsh penalties.

Unfortunately, there doesn’t seem to be a lot of explanation surrounding what’s going on, and whether there’ll be any review of these new restrictions – even more reason why we so desperately need things like diversification of media and increased political accountability in this country, in order to shift the veil of information obscurity.