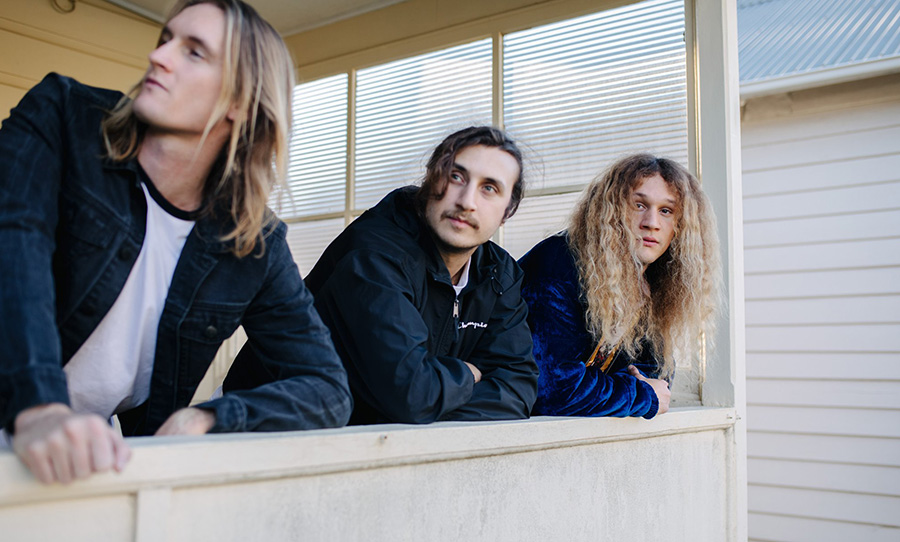 We’ve been fans of Mesmeriser for a while now. With a string of consistently great singles and EPs under their belt, the Sydney trio have carved out a sound that feels equal parts grounded and explorative; it’s rooted in indie-pop melodies, but stretches into far more exciting sonic territories.

With the release of their new single Hugh Jackman (great name for a single, I might add), the group continue to establish their penchant for crafting infectious and immersive gems of sound. If you’re not already a fan of this band, you will be very shortly.

The new tune sees Mesmeriser take a more introspective approach. Across the song’s punchy three-and-a-half-minute run-time, they glide through a shimmering blend of indie-rock, pop, and alt-disco, delivering something completely their own. With glittery synth lines, hypnotic rhythms, and dreamy vocal hooks, Hugh Jackman (the song) will swirl around your head before landing firmly in your bones.

“Often, what you remember of someone isn’t boiled down to something as simple as their looks, It’s often a feeling that takes you back to a time and place you shared with them,” guitarist/vocalist Myles Fischer says of the track.

“In this track we were exploring the nostalgia of a lost love through the personal jokes you can no longer share with someone you loved.”

As mentioned, this is the latest in a series of great releases from Mesmeriser, and judging by everything we’ve heard from the band so far, I think we can safely expect plenty more great tunes.