How good is Australia? Pretty damn good Scott, but I doubt you’ve got any idea what I’m talking about because you have no taste! While you’ve been off forcing handshakes, Australia (the band, of course) have been crafting an early song-of-the-year contender. And now, here it is.

The band’s new single Physical has been titled perfectly; it evokes a certain kind of primal, physical reaction. But the Sydney outfit—formed by Guy Fenech, Oly Marlan and Nick Franklin—have been belting this level of tune for years now. It’s the kind of song that bursts with huge choruses and infectious rhythms; the kind of song that gets in your bones and forces you to dance. On their new single Physical, Australia (the band) an infectious, hook-filled pop belter that’ll leave you no choice but to get a little… physical.

After a fairly lengthy period off, 2019 saw the return of the beloved outfit, with two singles—Get My Shit Together and Boiler—being dropped into the ether. Immediately we were reminded of the dynamic pop hooks that made us fall in love with them the first time around.

Physical, their latest offering, only strengthens this love affair and is undoubtedly one of their strongest releases to date. Slinky synth lines and groove-laden guitars weave into one another, creating a rocketship that Fenech’s voice pilots to outer space.

The new single is accompanied by an amazing new video, perfectly capturing the track’s (ahem) physical nature. Directed by Charles Taperell, the clip features a roster of local dance talents; Andi Huynh, Cassandra Merwood, Naomi Hibberd, and Miranda Macpherson. Bodies move as though they’re part of the track itself, and by the video’s conclusion, you’ll be left completely hypnotised.

Australia will be launching the new single with a pair of live performances later this month. Grab details below: What you need to build a home studio, according to an audio engineer WATCH: Building a Home Studio - What You Need to Know 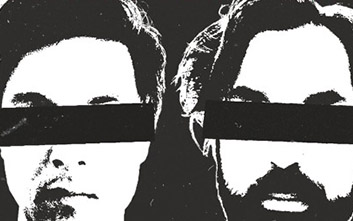 PREMIERE: Bad Shapes give us a Fix of some 70s riff heavy goodness on their new Traffic-esque single