The Sooks share their musical journey with Happy, following the release of their ’90s jangly pop-rock dream, Lucy.

If you’re a fan of ’90s dream-pop and Britpop, prepare to be blown away by The Sooks’ latest single, Lucy which is the perfect blend of both. After gaining a rush of inspiration from ’60s bands by the likes of The Kinks and The Byrds, as well as seeing more Aussie indie bands live, frontman Corey decided to launch The Sooks.

The alternative/dream-pop quartet released Lucy on Friday, September 2, and brought it to the stage later that night at one of Newtown’s most iconic live music venues, Waywards. They headlined the single launch, with support from The Toothpicks and Tawny Port. 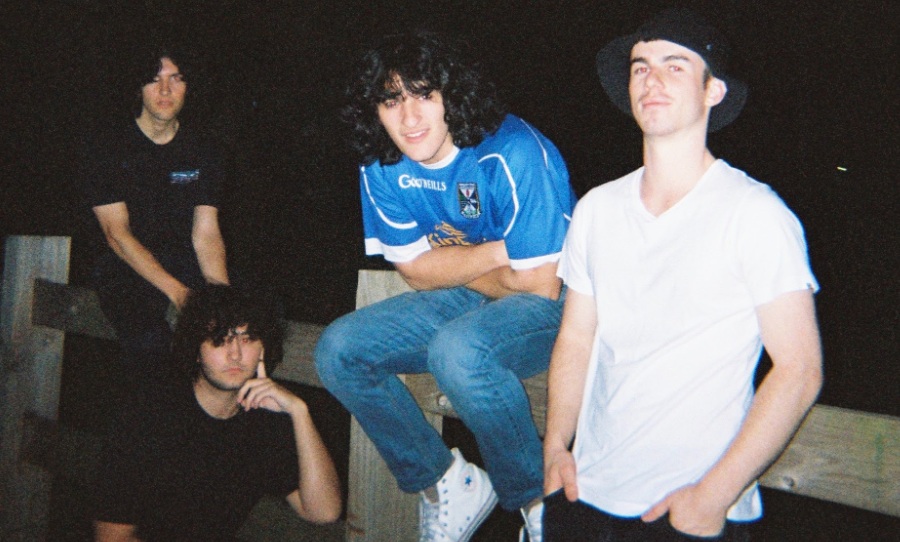 Lucy begins with a soft rock approach, featuring a crying synth-sounding riff that guitarist, Keenan Fitzsimons runs over the cruising drumming of Flynn Hume. The vocals come in quiet, raw and poetically-charged as the tone of frontman, Corey Fitzsimons is reminiscent of vocals like Damon Albarn from Blur, Ian Brown from The Stone Roses and the Gallagher brothers from Oasis.

Dave Ruby Howe, an avid music lover on Triple J Unearthed, seemed to agree with this sentiment of ’90s nostalgia, leaving a raving review beneath the track on Triple J Unearthed: “I was gonna say Oasis but The Sooks namecheck The Stone Roses so clearly they’re building their own little pocket of Manchester in Sydney’s West,” he wrote.

The Sooks enjoy living out in the Western suburbs, with a close commute to their gigs, and a buzzing creative community at their doorstep. Surrounded by countless passionate music lovers, they’ve had no trouble forming strong relationships with fellow artists, as well as supportive friends and family.

With their latest stellar offering, Lucy finally out in the world, the boys have now shifted into recording mode, as they prep for more new music on the horizon. Thankfully, in the midst of their creative endeavors, we’ve been lucky enough to nab them for a chat about their creative process, the thrill of performing live shows, new projects in the works, and other shenanigans they’ve been up to! 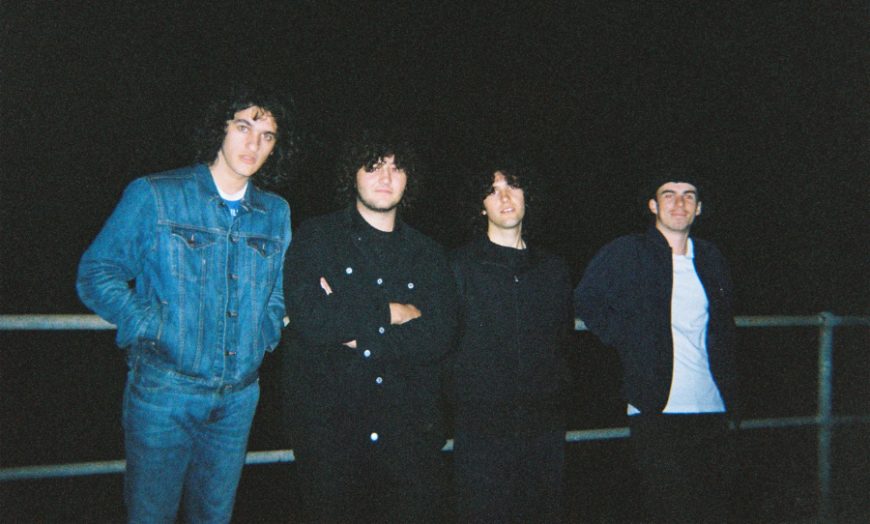 HAPPY: What are you looking forward to this week?

THE SOOKS: This week is all about recording prep. We’ve had a big month getting ready for the release of Lucy, and the single launch show. Now that it’s all done, we’re focusing on recording new songs. We’re really excited to get more material out there after the positive reception from our previous singles.

HAPPY: Tell us about your suburb, what do you love/not love about where you live?

THE SOOKS: We’re pretty happy with where we’re based. We like that we’re in a position where we can easily get to venues in the inner west and city. We like living in the Western suburbs. Life’s a bit less stressful than it could potentially be, and it’s great that we are close enough to each other, so getting to jam sessions is relatively easy.

THE SOOKS: The nature of a jam session always depends on what we have coming up. If we have gigs to prepare for, we’ll be going through our setlists, thinking about what we can add to our performance to make it special. If we don’t have a gig coming up soon, we’ll be going through new songs. We’re constantly trying out new material to see what sticks, working on the sound and structure together to see what we like. Lots of trial and error goes into it, but we’ve found that we’ve gotten progressively tighter as we become used to how we all play together.

THE SOOKS: Our ultimate day would have to include a big gig of some sort. Our previous single launches have been really fun experiences, with so many of our friends and family coming to support us. Knowing that we’re having some sort of impact is incredible, and it makes it all worth it after all the work we put in. We love the social side of it too. Not just playing for people, but hearing from them after gigs and sharing a common experience.

HAPPY: Tell us about your creative community.

THE SOOKS: We’re very lucky to know a lot of people with similar interests in music, which has been great for collaboration. Meeting other people and bands in the same position as us has been encouraging, and we love seeing how other people are going about it. It’s a hard industry to get into, so it’s always valuable to talk to and work with other musicians.

HAPPY: What was your experience like recording Lucy at Forbes Street Studio?

THE SOOKS: It was tricky. We knew what sound we wanted, but it was so hard to land exactly on that sound. There was a lot of experimenting with new ideas and instrumentation, and we ended up extending the recording time over several days. We were lucky that Callum Howell was patient with us, because we ended up curating the sound we needed, and we think the track is a lot better for it.

HAPPY: If you won the lottery, what’s the first thing you would purchase?

THE SOOKS: A lot of it would go to music. Sometimes it can be stressful having to worry about the financial aspects of music. Costs can stack up when you consider recording, touring, promo, etc. Being able to focus on the music, purely out of passion, would be relieving. So that’s probably where all the money would go.

HAPPY: Which TV show are you currently binge-watching?

THE SOOKS: The Golden Girls.

HAPPY: What did you listen to growing up that has fuelled your inspiration for The Sooks?

COREY: The first time I really got into music was in year 9 or 10. At first, I was into bands like The Pogues and The Dubliners, and also ’60s bands like the Kinks and The Byrds. But after turning 18 and wanting to see live shows, I got more into Aussie indie. So that would have a pretty big influence on why we got the band started. In terms of inspiration for the band’s sound, I would say The Smiths are pretty important. We try to make our songs jangly and bright, which I think is something The Smiths do really well.

FLYNN: I recently read Dave Grohl’s autobiography, The Storyteller: Tales of Life and Music. It was such an interesting read, especially when he talks about his early days of gigging. The amount of effort he put into his music was insane. You get the sense that his passion was always going to get him to the position he’s in today. I was surprised by how humbly he wrote, especially after everything he’s been able to do in his life. It was a great read while we’re just starting up, and it was great to reflect on how important music can be to so many people.

HAPPY: What is on The Sooks favourite music venues list?

THE SOOKS:  Frankie’s would definitely be up there. It doesn’t matter what day we play Frankie’s, and even if we don’t bring any friends or family, the crowd at Frankie’s always gets into the music. We love playing there, and it’s the venue we’ve played at most frequently. The venues we played at for single launches have also been great. The Chippo Hotel and Waywards were both excellent spots to celebrate our single releases. In particular, the sound guy from The Chippo Hotel is the best we ever had. We were also lucky enough to play at Smiths Alternative in Canberra, and we were really happy with the crowd response we got!

HAPPY: Thanks for chatting!

Lucy is out now across all streaming platforms. Listen to the single via Spotify below.