The new project in question is called Exhibitionist, and we spoke with Kirsty to get the latest on where it came from, where it’s heading, and what fans of the first single, Hands, can expect in the coming months. Lush, elegant, yet sharp in all the right places, Hands from Exhibitionist will knock you straight out of real life and into a velvety pop dreamland.

“Exhibitionist came about fairly naturally. I spend a lot of time in our studio writing for various things and late last year I was thinking about what I wanted to do next and realised I really missed singing. So I sat down with my OP-1 in my bedroom and demoed out Hands in the afternoon. It just sort of flowed from there.”

Turns out the world missed Kirsty’s singing as well; the vocal performance on Hands is stunningly beautiful in an atmospheric kind of way. It’s also significant that the first single from Exhibitionist should have originated in Kirsty’s bedroom, given this project is her first solo effort following several collaborations.

We asked how Kirsty was feeling about this potentially nerve-wracking fact.

“It’s very exciting. I really feel like it’s a perfect time for me to release something of my own, with my own voice. But the whole process of releasing Hands has been so collaborative that it hasn’t really felt like going out of my own.”

“I had Jonathan Boulet record, mix and master the whole track with me, my wonderful friend Josiah Eastwood do all my artwork and then released it with the Teef family – I feel very lucky to have so many talented people by my side!”

No nerves there apparently! This self-assurance comes through in the polished nature of Hands, which presents a wildly different musical arrangement to anything produced by Kirsty’s previous project, Party Dozen.

“Party Dozen is all about improvisation, grooves and being incredibly loud. That project is so creatively satisfying for Jono and I, but I also still love pop music. With Exhibitionist I wanted to make something a little raw, a bit vulnerable and song based. It’s the antidote to Party Dozen and I feel like both projects scratch a musical itch which is great!”

The new direction that Kirsty is taking by embarking upon the Exhibitionist project is certainly scratching an itch for lovers of pop-electronica, the atmospheric synths and electronic drum beats combining with Kirsty’s ethereal vocals to produce an elegant whirlwind of sound.

We asked Kirsty if fans of the first single could expect more of the same going forward.

“I’m in the studio at the moment working on more Exhibitionist music. The vocals will definitely retain their ethereal nature I think, but there will be some songs that are more abrasive and darker than Hands. I’m really excited for the next couple of songs I’ll be throwing out into the world!”

Nothing wrong with a bit of abrasive darkness. No doubt Hands will have many people hooked and hanging out for their next Exhibitionist fix. 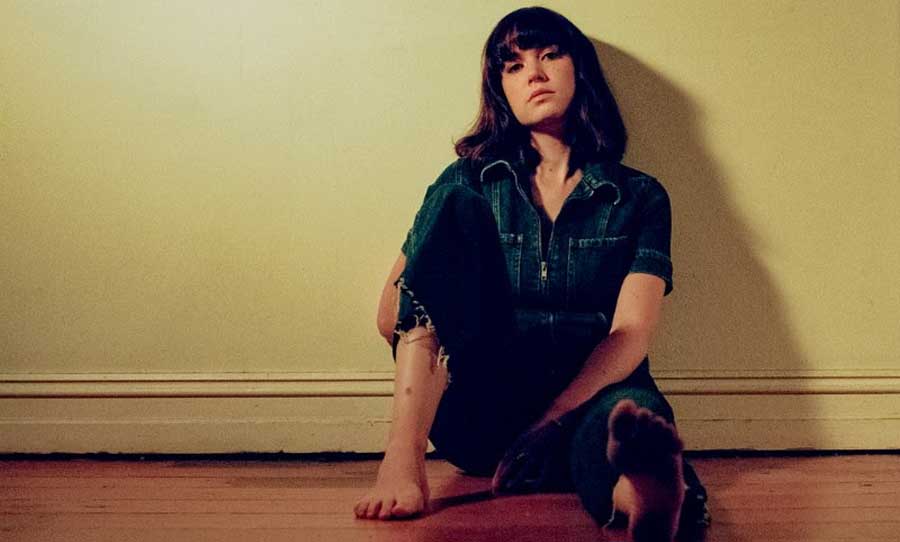 “How much shit can we throw against the wall?” Finding melody in the caustic chaos of Party Dozen