With a string of singles and an EP under her belt, Gold Coast-based singer-songwriter Old Sault (known to her friends as Angie Farr) has spent the past number of years developing a sound that feels simultaneously grounded and explorative—it’s rooted in soft rock, but reaches far wider.

Now, with the release of her debut full-length album Higher Harm, she continues to establish herself as an emerging artist to watch. If you’re not already familiar with this name, it’s definitely time you changed that. 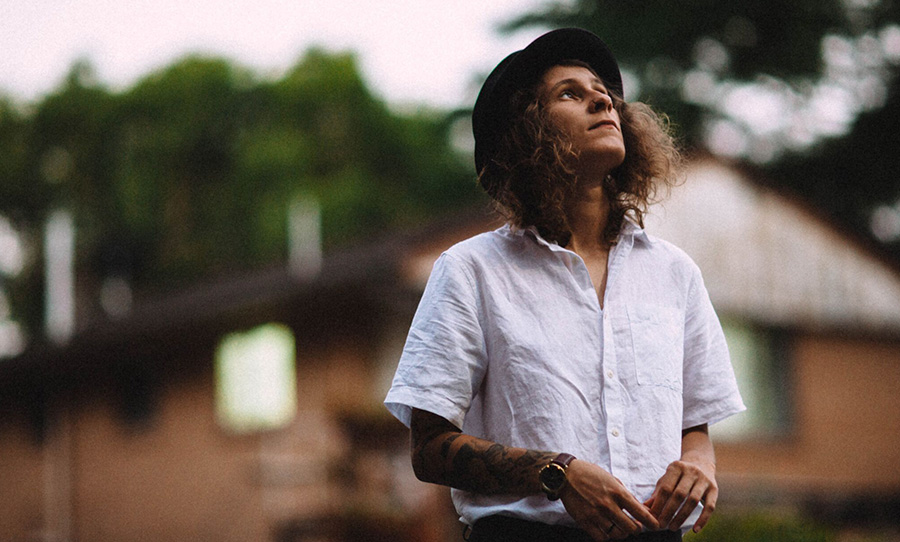 Throughout the new album, Old Sault weaves together elements of folk, shoegaze, and alt-rock to craft a sound uniquely her own. With dreamy vocal melodies and lush, immersive instrumental arrangements, it’s pretty difficult to believe this album was pieced together by one person. Each song feels like a mini-universe; you could wander around inside for hours.

Across its near-40-minute run-time, Higher Harm pulls in myriad sonic directions—it never sits in one place for too long, but always lets each musical moment breathe. Album opener Stay eases you into the record with raw vocals and guitar, before boiling into a cathartic wall of sound.

From here, Farr flips seamlessly between tender, heartfelt lyrical ruminations and cinematic hits of sonic emotion. Lead single Melbourne provides one of the album’s more delicate moments, while tracks like Suburban Failure cut through with punchy percussion and fuzzy guitars.

By the time the album’s closing track The Wheel reaches its epic conclusion, you’ll have been roped in completely by Old Sault’s sprawling brand of music.

These are still relatively early days for this Gold Coast artist, but judging by the quality of everything we’ve heard so far, I think we can safely expect plenty more great tunes.