50 years of Are You Experienced: do we finally know the answer?
Skip to content
[gtranslate]
IM In 1967, Jimi Hendrix asked us that question. It has reverberated through generations for five decades. Mutating with each year, spawning countless psychedelic explorers and seemingly holding no intention to ever deliver us unto the answer.

On May 12 1967, The Jimi Hendrix Experience released their debut album Are You Experienced in the UK— it was released three months later in the US. It was and still is widely considered to be one of the most magnetic, groundbreaking and powerful debuts in rock ’n’ roll history. It was an immediate critical and commercial success, selling more than one million copies in its first seven months.

Rolling Stone ranked it as number fifteen on their list of the 500 Greatest Albums of All Time, also ranking it the number three debut of all time. Founding editor of Guitar World, Noe Goldwasser called it “a veritable textbook of what a musician can do with his instrument” and “the measure by which everything … in rock and roll has been compared since.”

Cult music journalist Richie Unterberger hailed it as one of the definitive albums in a psychedelic era. Starting to see a trend form? 50 years ago Jimi Hendrix asked us: Are You Experienced? For half a century that question has twisted and mutated, holding no intention to ever give us the answer.

In essence Are You Experienced was an explosively momentous release in a year of momentous releases that included but certainly not limited to: The Beatles’ Sgt Peppers, The Doors’ self-titled debut, Cream’s Disraeli Gears, Easter Everywhere by 13th Floor Elevators, The Velvet Underground & Nico, The Who Sell Out by, well, The Who and Axis: Bold as Love; the equally impressive follow-up from the Jimi Hendrix Experience.

Seriously, if you’re one for highly pleasurable and extensive rabbit holes then 1967 has some seriously strong vintage.

Are You Experienced is also an album that might not have been made had the stars not aligned properly, the scene not been what it was in London and one Chas Chandler not acted on a casual introduction.

Hendrix was performing one night at the Cheetah Club – a popular New York establishment – where Linda Keith, the then girlfriend of Keith Richards, noticed him. Richards sought to introduce him to Andrew Oldham (the Stones’ manager) and record producer Seymour Stein. She even went as far as to lend him a white Stratocaster belonging to Richards (he would later smash a strikingly similar one during the showcase in which Stein was invited to).

Both Stein and Oldham rejected the idea to develop and work with Hendrix so Keith sought to introduce him to Chas Chandler, the former bassist of The Animals who was interested in managing artists.

After a mid-afternoon set during his residency at Café Wha? Chandler brought Hendrix to London on September 24th 1966 to begin the formation of what would become The Jimi Hendrix Experience and the recording of their seminal debut.

Keith recalls that first meeting as such, “…you’d come out the bright sun into this cave of a room. Then the stage lights would come up and there’s Jimi playing the opening chords of Hey Joe… I’m not surprised he blew Chas’s mind with the first chord. It even blew my mind – and I knew it was coming!”

In response to this, Chandler began recruiting a band that would showcase Hendrix, ultimately finding Noel Redding to play bass and Mitch Mitchell on the drums – both outstanding players in their own right. What began from there was a five-month recording period over sixteen sessions stretching from October 1966 to early April 1967.

From the moment the tritone guitar, bass harmony and wild opening riff of Purple Haze rips through the speakers it’s clear you’re listening to something and someone great. The fact that the tritone was used at all is revelatory, Hendrix was clearly not afraid to ring Satan’s doorbell.

The song is widely considered to be describing an acid trip but according to Hendrix, “it was all about a dream I had that I was walking under the sea.” Whatever it’s meaning, undeniably it’s one of the most visceral openings to a debut, swamped in distortion and combining all the elements that inspired Hendrix; blues, funk, soul and RnB.

It was an unhinged sonic wonderland which all took place in under three minutes and that was the album’s defining factor. Track Records, when sending Purple Haze to Reprise for remastering they wrote on the box “Deliberate distortion. Do not correct.”

The debut explored new sonic territory and psychedelic possibilities with Hendrix’s guitar acting as his paintbrush, all while remaining well within the three minute pop structure. The only song to go well beyond was the track Third Stone From The Sun, an incredibly rich, textured and exploratory tune.

It featured fantastic bass from Redding and smooth jazzy rhythms from Mitchell while Hendrix’s guitar redefined what was possible within the lines. The track contains no sung vocals, instead using half-speed spoken word to invoke a feel of interstellar space travel.

Hendrix reportedly told journalist Keith Altham the song was about a visiting space alien who, after evaluating the human species, decides that people are not fit to rule Earth, destroys their civilisation and places the planet in the care of chickens. That’s some straight up galactic heartbreak right there.

The album is killer, filled with tracks that stood solidly on their own. From the riff heavy 3/4 timing of Manic Depression to the erotically charged Foxey Lady, the wild cover of Hey Joe and on to the sentimental moments unveiled through The Wind Cries Mary and May This Be Love. They are all classics in their own right but the track that really brought home the psychedelic promise for an entire generation and many to come was the title track.

Is there anything more incandescent and seductive than when Hendrix sings, “Are you experienced? Have you ever been experienced? Well I have” before he purrs “let me prove it”? He delivers one of the most iconic aural explorations ever heard, complete with backwards guitars, octave pedals, rewound tapes and mind-bending dexterity on the fret board

For UK releases they would often not include singles on the final LP, which meant that in place of Purple Haze and The Wind Cries Mary there was Red House and Remember. Hey Joe was also emitted from the UK release. Those three songs are arguably Hendrix’s largest and successful singles.

The artworks were also different. The UK artwork was created by Chris Stamp and depicted Hendrix wearing a long, dark cape standing over Redding and Mitchell in an oddly Dracula-like pose. It’s a fairly dull cover, a weak visual impression of the psychedelic wanderings contained inside.

Hendrix reportedly also didn’t like the cover, so a graphic designer by the name of Karl Ferris was charged with creating the iconic and better-known cover for the US release. Ferris reportedly used an infrared technique of his own making that combined heat signature with colour reversal to create the outlandish and colourful breakthrough image.

Hendrix’s girlfriend Kathy Etchingham also trimmed his hair to create better symmetry in the original image, inadvertently searing a style in to popular culture. Mitchell and Redding liked Hendrix’ new do so much they got their hair styled in a similar way.

Just three guys jamming on each other’s style, hanging out in a park. The album was one of those works that combined an unwavering work ethic, the right timing, a cosmic lineup and a perfect void for it to fill. Each track worked together to create an album that let off an almost tangible heat. Filled to the brim with turbulent, heavy and unrestrained musicianship from a wild haired composer and powerful hooks that captured the mainstream as well as the countercultural.

The strength of the songs, combined with his legendary Monterey Pop performance (Hendrix set his guitar ablaze on stage in one of the US market’s first live tastes) that saw The Jimi Hendrix Experience surfing a wave of new sounds and paving the way for many to come. In a decade and year that had new styles exploding in kaleidoscopic rainbows at every turn, Are You Experienced was a high watermark that sent countless collaborators and imitators on a wild goose chase, pushing boundaries further in the studio and onstage.

After 50 years the album is still breaking new ground and its lasting question still remains: 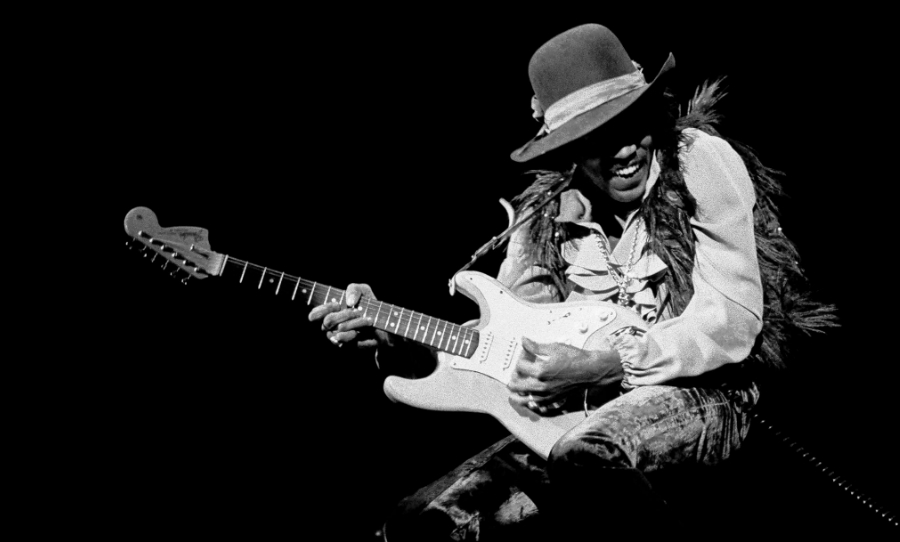 A guide to the best Jimi Hendrix live albums The most legendary unreleased albums of all time