The following article contains images that may be distressing to some readers.

I know we’re called Happy, but these images of a kangaroo family in mourning has to be seen. In a series of striking photographs, one man has captured a female kangaroo sharing her final intimate moments with her family before passing away. Evan Switzer was taking a walk on a bushland property in River Heads, Queensland, when he came across the scene. A female kangaroo was lying under a mango tree with her male mate and joey by her side. He witnessed the mother and joey have a touching moment before she passed away. Speaking to the Daily Mail Switzer said “I saw the male pick up the female, he looked like he was just trying to get her up and see what was wrong with her. He would lift her up and she wouldn’t stand she’d just fall to the ground, he’d nudge her, stand besides her…it was a pretty special thing, he was just mourning the loss of his mate.” “I’ve travelled around a bit and you see a lot of dead roos on the side of the road – but I’ve never seen anything like that before,” Switzer said. “The male would chase the other kangaroos that came around away – he was sort of protective over the female.” “The young one looked kind of confused, it would stand by the mother and then hop off and chew some grass, and then come right back again.”

First seen on The Guardian. 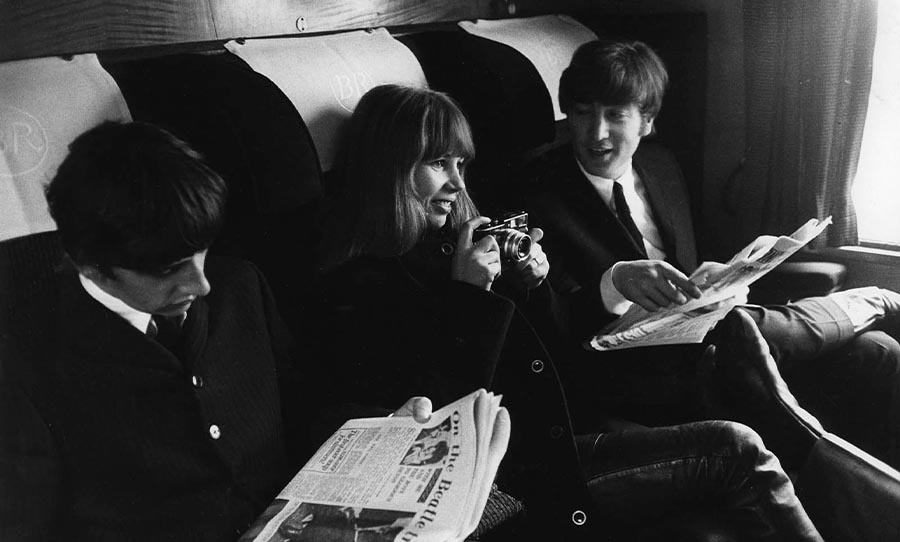 Astrid Kirchherr, renowned photographer of The Beatles, has died aged 81