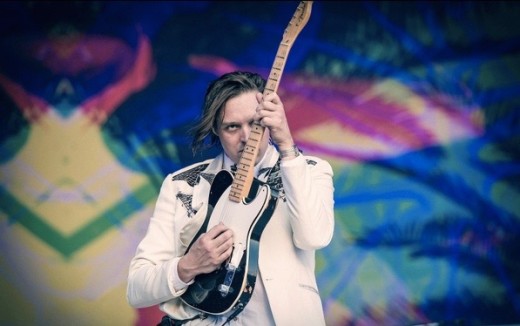 Arcade Fire have announced that they will be releasing a limited edition 7″ vinyl on September 25, which will feature two new tracks, Get Right and Crucified Again. These two tracks were originally recorded a couple of years ago for the band’s 2013 album Reflektor, but didn’t end up making the final track list. The new record follows the release of the band’s new documentary, The Reflektor Tapes, which features footage of the band during the making of their last album.