I tried to find the Ramones in Manhattan, but all I ended up doing was fixating on city streets.

American streets are wide. Walk along them long enough and it’s difficult not to look down. Once you do, you’re hooked.

Grey square after grey square of cement passes by. No two are alike but all are equally nondescript. Some are dotted with blackened gum, others damaged. When they crack too much they’re replaced.

I tried to find the Ramones in Manhattan but all I ended up doing was fixating on city streets. Two hours in, I was sure that I had failed.

I’m looking at a brick wall, struggling to feel anything at all. The bricks appeared on the black-and-white photo cover of their second record, Rocket to Russia. The city is littered with similarly infamous walls. But if they all have as little to say as this, there’s not a lot of time to give them. People here don’t look up. Those marvels of human ingenuity piercing the sky? They’re not for you. Cast your gaze across them long as you want. Just so long as you don’t mind standing next to the trash.

53rd & 3rd plays in my ear. Rock ‘n’ roll mauled with adrenaline speed, tight within herculean constraint. Edging with impatience, it’s the city in song. Even if you’re absent, the rhythm is always there.

The Ramones’ music is gridlocked with influence. So too is this city, it’s a dissonant mess. Music is coming from everywhere. No one ever mentions it, but people sing while they’re walking. Usually it’s something you wish you hadn’t heard but occasionally it’s beautiful. Some broken down doo-wop relic sings in a subway underpass or a woman hits falsetto in a perfect high.

The Ramones’ world was dangerous. It’s not this New York. This one feels safe. But it’s barely maintained. The status quo is a constant effort. Police, trash collectors and an army of invisible workers ceaselessly batter the chaos back. Half the city is working to keep the other half going and even then, everything’s tearing at the sides. No one can control the rats. Really, it’s their city.

In a bad moment, it feels like everything in this place is taxing your time, your empathy. You sacrifice some of your humanity just to stay afloat. The Ramones lived this way which is why they’re cold.

I can’t seem to find the Ramones indoors. Iconic venue CGBG’s is now a clothing store for aging men. Max’s Kansas City is a pharmacy. There aren’t many answers in the streets either, so I change location.

I climb down from the elevated railway to Rockaway Beach. The track itself is something to behold, a dystopic tangle of past centuries’ industrial might. Visual pollution.

But it can’t hold my attention. I’m looking at the streets. They’re wide here too.

Rockaway is dead and desolate. A sickly cat crawls from the dunes and rubs along my legs. Its fur is yellowing. I leave the city behind my back. The beach is peaceful. The sun kisses my face. Watching the surfers, I feel homesick.

They didn’t come here much. Dee Dee was the only one who surfed.

I plug in my headphones, Rockway Beach. I’m back on the boardwalk. I didn’t notice it at first, but the thing is huge. Not some wooden platform but a concrete highway. Another street, but bigger. It’s more domineering than anything I’ve experienced.

Earlier this year I read Patti Smith’s M Train where she waxed poetic about the old boardwalk blowing away in a hurricane. I get that this is the replacement, a monument even, but you could drive a tank on the thing. This is overkill, raw power. It’s more to do with the city asserting dominance.

I hate it, but I can’t help walking along it. Why should it surprise you that the Ramones toyed with fascist regalia? The need to dominate sits within the pavement beneath your feet.

I walk the cement another mile, but the iron structure of the railway is calling back.

Another change in location. I’m now in the heart of Queens.

Forest Hills is nice. Leafy and green, it’s the kind of place any teenager would hate. It’s here I begin to get to them a little more.

I’m no longer looking at the street but a mish-mash of affordable American housing. No two are alike. Any kind of unity is disrupted by unsightly yet economic renovations. As a further badge of identity, each is decorated with gaudy yard ornaments, proud hallmarks of the middle class. I hear wind rustling through the trees.

Clean, quiet and residential from the exterior, Forest Hills is threateningly sound. Any turmoil here would have to had come from the inside. And it did, the Ramones childhoods were marred with domestic violence, dysfunction, and drugs. It’s the stuff you hide, it happens behind closed doors. The green streets are quiet but there’s a silent scream.

My own childhood is a succession of suburbs like these. Clean places with hidden secrets.

But there’s a lighter shade to it all. Listening to Leave Home as I walk colours these surroundings with energies of bratty and suburban adolescence. Testosterone, estrogen – whatever you’re running on, it compels you to rebel. It demands action. You want to burn it all to the ground. Anywhere you’re from, anything that you are, it’s an embarrassment. This place was an embarrassment.

At this point in life the real fantasy is getting out, if you can’t you kick against whatever rules are placed before you. Not wanting to conform you imagine new identities, cobbling them together from anything at hand.

For the Ramones I think it was the city itself, the image of it. They wanted to wear it as a disguise. With Forest Hills so slightly elevated, Manhattan is a ready sight.

It feels weird putting the name of a high school into a GPS. Especially when you haven’t set foot in one for more than a decade. I do it anyway. To get there I walk up 108th street. Another street. It stretches without end, and as it does, the all-American homes become pushed aside. Lining it instead are row after row of apartments, militant in their lack of difference.

All are made from the same brick and decorated with white steel lattice. Each is six-stories tall and without fail there’s a flag planted in front of each. How this came to be I’m not sure, but I no longer wonder why the band all dressed the same.

The school front sits on a relaxed curve of what’s now known as ‘The Ramones Way’. Seeing the words cast over a quiet suburb impresses the idea that the Ramones weren’t really from New York. At least not the place I picture when somebody mentions the name. They didn’t crawl up from the gutter, bubblegum B-movie cartoon heroes coming out of an age of pop art. They were kids from Forest Hills; John Cummings, Jeffrey Hyman, Douglas Colvin and Tamas Erdelyi.

I’m back on the main drag and the daylight is getting away from me. I look to the right and see the city skyline perfectly in the distance. It looks as though it were straight in front of me. The sunset’s beginning to cast a silhouette.

I can feel them there. I’m standing in the gaze of four people waiting to get out. This was their fantasy, there’s something out there. Something that isn’t here. From 15,000 kilometres or 22, the magnetism sits all the same. A bright promise of something more. 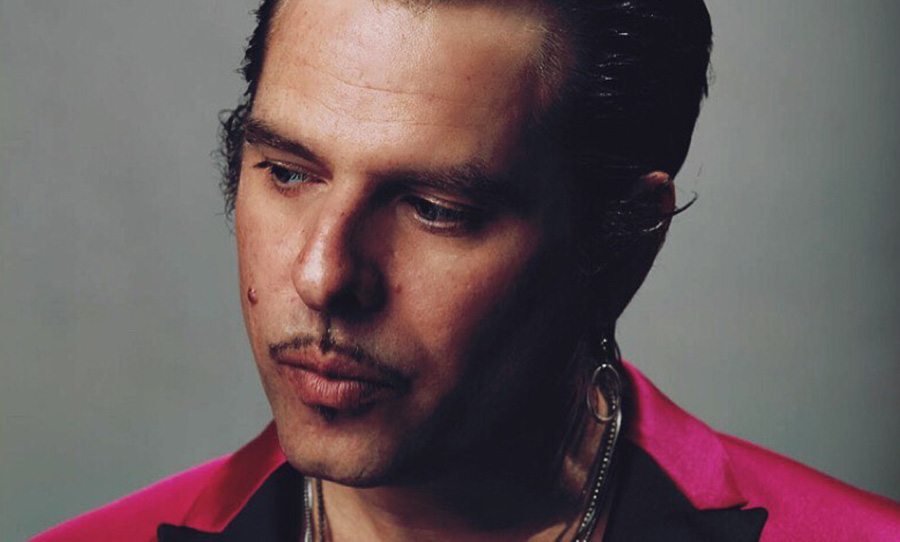