Hungover? Here are The Finks
Skip to content
[gtranslate]
DB There are numerous ailments out there to aid your hangover, and I’m adding The Finks to that long list. After drowning my whiskey-sodden liver, the Melbourne based band, signed to Milk! Records, came to my aid with their soft, guitar-heavy, folky sound on Things Work Out. They soothed my sleep-deprivation and helped me focus on something other than the construction work inside my head. 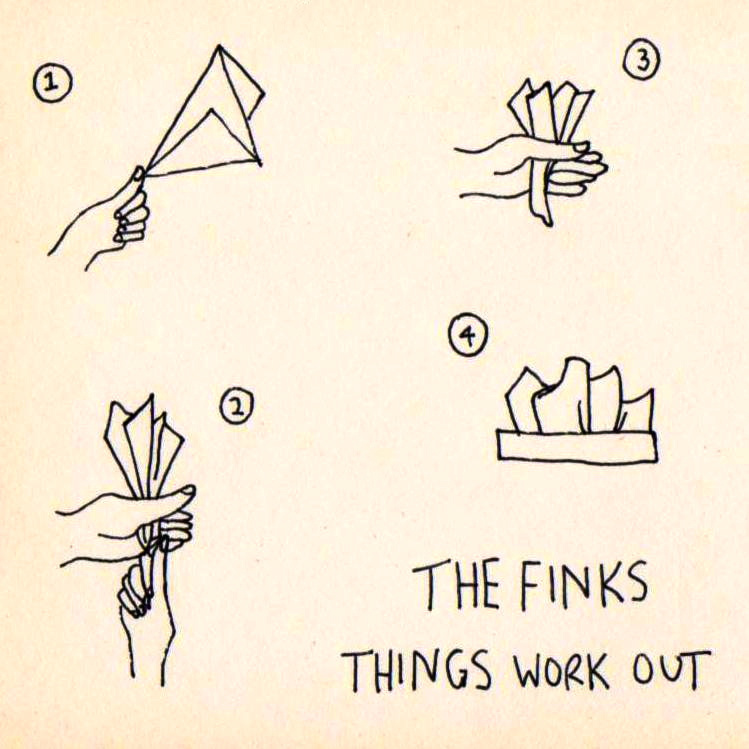 The Finks are more than just a cure for the hangover though, they’re a band whose lyrics leave a lot to the imagination, creating worlds of heartache, longing and sorrowful stories. With each passing song on the seven track album I felt like I could relate more and more to the lazy yet poetic ideas. Flashbacks of girls who’ve broken my heart, of awkward basement make-out sessions in high school, of girls I’ve met traveling in small corners of the world who I’ve fallen in love with for but a day: these memories came flooding back as The Finks continued strumming along describing their own such experiences.

The entire album could be construed as an ode to a specific girl (maybe Emma?) or it could be a bunch of different stories threaded together neatly. Either way, I’ll be listening on repeat the next time I need to do some nostalgic, introspective thinking.