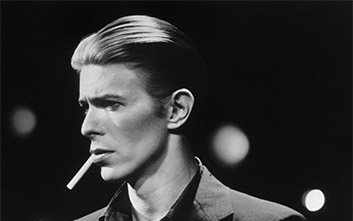 Still feeling traumatised and damaged by the whirlwind that was 2016? Relive some of the year’s best and worst moments with Google’s Year in Search 2016.

From news to sports and people, Google has evaluated the most trending topics using an entire year’s worth of data. Google has compiled the most searched topics in 2016. The US election and Pokemon Go dominated the charts, but what else happened this year?

Australia’s overall searches reveal that Australian’s weren’t as concerned about issue happening in their own country, with the US election ranking number one and Rio Olympics in second place:

In losses, David Bowie, Prince and Alan Rickman grabbed our attention the most:

While our trending Aussies were Mitchell Pearce, Molly Meldrum and Tara Brown:

You can also explore what was trending in other countries. In the USA, the most searched “How to…” was “how to play Pokemon Go?” while the most trending dog topics were “how long are dogs pregnant?” and “was Goofy a dog?”

“This year, many topics set a new all-time high in search interest. Some were expected while others were a bit more surprising,”