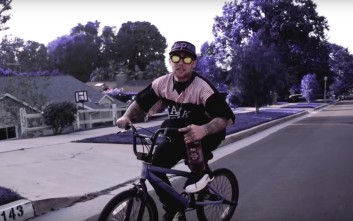 The release has been dubbed Run On Sentences, Volume Two, and was uploaded to Soundcloud under his moniker Larry Fisherman. On top of the mixtape which clocks in at just under half an hour, has also dropped a new single, Smile, with Miller commenting “This is special to me”.

Miller was set to hit our shores in the new year to tour in support of his latest album, but due to health reasons, had to cancel the tour, taking to Twitter to say “I haven’t cancelled anything in 5 years, but I found out I was human. Fuck. I thought I was a super hero…I’m not giving up on that theory.”

You can check out the full mixtape here.