Underground music is one of the most innovative and exciting categories of music and correspondingly, often the subject of intense, cultish fascination the world over. Cue new kid on the block Goodbye Moon, an eclectic, indie meets electronic meets RnB outfit. Nice!

With only a few years under their belt, Timothy Aird and David Webster have hit the ground running, with a slew of impressive tracks with vibes similar to Mac DeMarco and Flying Lotus. The track begins slowly, with distant and dejected-sounding vocal inflections that abruptly give way to a strong and husky voice layered between electronic instrumentals.

Flecks of high-pitched, Flume-like sounds are interspersed throughout the track, giving it somewhat of a house vibe without adhering to the traditional features of the genre.In fact, Goodbye Moon seemingly eschews the traditional conventions of music altogether so that it does not fall into any singular genre, but rather a plethora of them.

Perhaps it’s a reflection of the contemporary aversion, at least within progressive circles, to fixed labels and bureaucratic categorisation, but Goodbye Moon belongs to a growing number of multidisciplinary musicians that seek to hardwire ingenuity into the fabric of their artistic production.

Their track Overbite simultaneously exudes a sense of harshness and vulnerability, splicing edgy vox with faded, synthesised expressions of anguish, as if to mirror the false bravado that often shrouds emotional instability.

The lyrics almost revel in ubiquitous misery and longing, dragging out the vowels of pained terms; fetishising the poignancy of human suffering.

The ingenuity of the song, therefore, fundamentally lies in its ability to transmit objectively depressing content through an agreeable medium of infectious, R&B melodies and dreamy synth.

Ultimately this is an exciting new release from a promising Brizzy duo that follows nicely off the back of their other two tracks, Crystal Disco and Carnations.

If this trajectory of bangers is even a dim reflection of what’s to come, you may be safe to hold your breath for the ascension of Goodbye Moon from a Soundcloud-based outfit to a formidable player in the Aussie electronic scene. 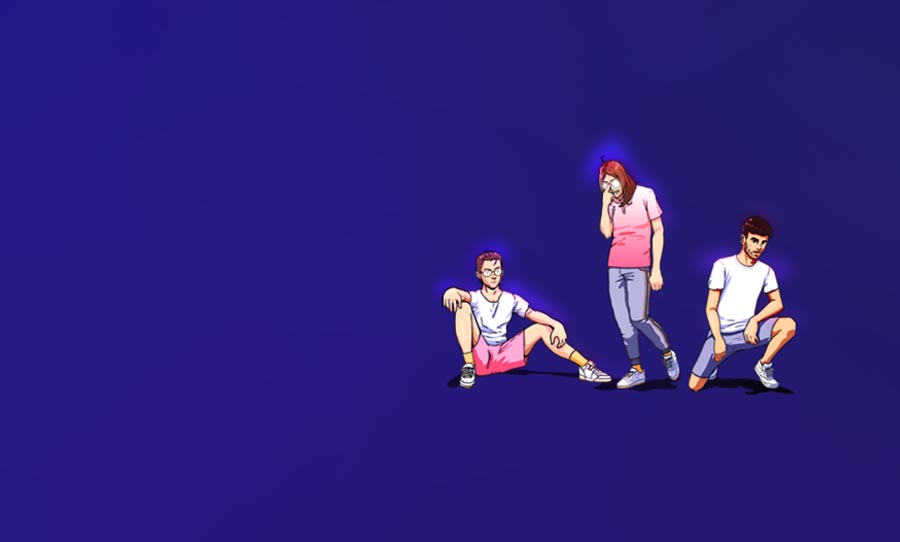 LISTEN: POLOSHIRT - Too Good To Be True (feat. Price J) Can't split your time between charity and music? Walk the line with Bondi legends St. O'Donnell