As individual people with individual dreams and goals, we have all experienced our moments of self-doubt. This is what makes Own Worst Enemy so relatable. In his latest collaboration with producer/engineer Matt Barnes, Jack shares with us a powerful ode to the turbulent ups and downs of a highly determined musician’s life.

The song builds and takes you on a relatable journey of crippling self-doubt thoughts such as “Am I good enough? Am I wasting my time? Why am I doing this?” – all very valid and relatable questions no matter who’s shoes we find ourselves in.

He delivers this powerful ode in acoustic colours of enduring listenability. What makes Own Worst Enemy so relatable is the soft, acoustic tone emphasising the lyrics of his very real and raw struggle with crippling self-doubt.

The focus on Jack Biilmann and his guitar brings together a bonding connection between Jack and his audience, portraying the raw emotion in his face while singing about his struggles. There is a rawness and a very pure connection that arises in Biilmann’s emotive performance. Jack Biilmann gets straight to the truth, and battles it out with his contradicting inner voices in the Own Worst Enemy video.

Jack Biilmann is surely a contender for Canberra’s hardest working and most prolific singer/songwriter, which leaves no wonder as to why he would be experiencing a struggle with crippling self-doubt.

Following the penmanship of a globally viral tribute to cricketer Phillip Hughes, Biilmann fans won’t be starved for signature blues, and roots guitar flavours, and all-but tangible vocal textures. Own Worst Enemy features a bonus treat in the form of a motivational sample from Australian music icon Tony “Jack the Bear” Mantz who is also responsible for the final dusting on the track.

Jack the Bear’s voiceover in the bridge also leaves us with a touching message of what he has learnt from his crippling self-doubt struggles:

“Some people give up to quickly and I think that is the tragedy in all of this. They just give up too soon. They listen to that little voice in their head that tells them that they are not good enough, not worthy and you shouldn’t be doing this.”

The video sees him playing guitar whilst what is, seemingly, the ‘evil’ and ‘good’ sides of his mind, stare him down in the background. A powerful, and strangely comforting video that depicts the deep dark depths of one’s mind when they’re struggling with contradicting emotions, and the ever so dangerous darkness that arises from over-thinking. 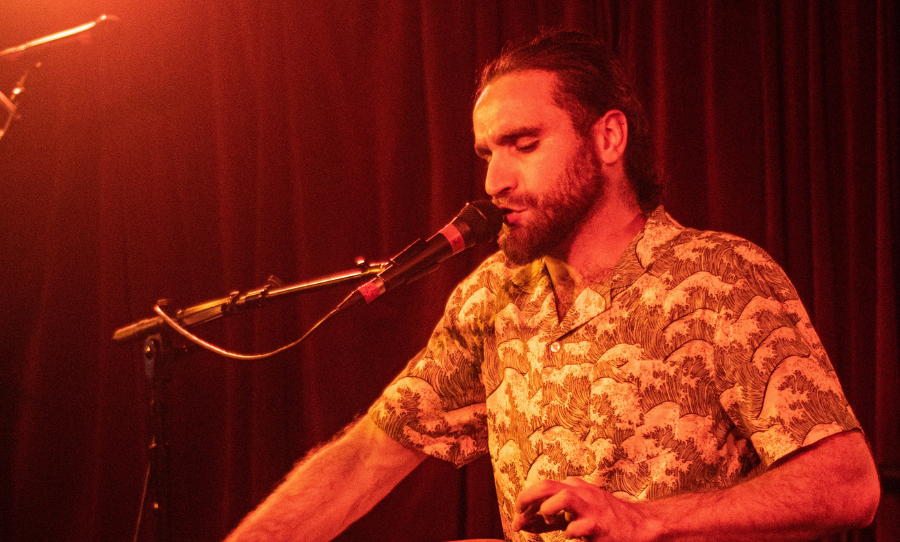