After what seemed to be two lengthy years since the Canadian punk-rock collective White Lung’s previous release Deep Fantasy, the group have awoken from their studio slumber to grace their fans with bewildering new material; slipping back into the warm, acquainted comfort of ravaging and pitiless white-knuckled punk rock; all while keeping one foot outside of expected territory. White Lung are covering new ground on Paradise which is divisive at times and glorious at others. A powerful punk-pop record, warts and all.

Pin-pointing White Lung’s intended artistic trends can often prove to be a perplexing task, as the collective have set somewhat of a precedent to endeavour into fresh and audacious ambitions for each new release. Reinvigorating the sound, refining rough edges and pushing expectations has become all too vital for the White Lung tenet.

The execution of these refinements have been seamless and their growing fan base loves them for it; for many, reminiscing back to their 2012 release Sorry frequently seems like a distant and somewhat nude version of the group, as though something vital is missing.

At this point, it’s likely that I’m painting the band out to be musical virtuosos dusting off compositions by the wayside as though they were diminutive Beethoven’s, planting unique musical seeds that will flourish into momentous works of art that age grander than fine wine. Well, White Lung are surely not there… sorry to burst any bubbles.

White Lung’s fourth album is not nearly the latter and I wouldn’t dare call it revolutionary or game changing by any means. Rather, White Lung delivered Paradise, a solid adaptation of the existing White Lung palate featuring that distinguishable kick we’ve grown to love amongst the incorporation of fresh, spotless production and, yet another noticeable leap toward pop accessibility.

*clicks play* YIKES! – I’m a sucker for the classic Ramones “one-two-three-four” or Lumpy’s “one-two-fuck you”, as it offers a momentary breath before the brigade of power chords and spit in my ear canals. White Lung don’t really care for breathers it seems, as I was quick to realise. Despite an exception here and there Paradise is predominantly one thrashing after the next with no patience for bullshit.

Exemplars of this rule include the opening track Dead Weight, the riff lashing Vegas, and the twisted melodic powerhouse Sister. On the other-hand, I wouldn’t draw comparisons between White Lung and such classic punk stylings, as I’d say the band no longer fit the ‘classic’ bill, however, that’s more-or-less a positive.

It’s near impossible to critique Paradise without recollecting my listening experiences with the collective’s last onslaught Deep Fantasy. Much has changed, yet a great deal has stayed the same. Despite the obvious leap toward stadium rock-esque accessibility, arguably the most distinguished change lays in front-woman Mish Barber-Way’s vocal delivery along with her new-found approach to songwriting.

I wouldn’t call Paradise a dumbed down White Lung, however generally speaking the songs on Paradise are certainly more direct in their delivery; unpredictable isn’t a word I’d use to describe this album as it progresses. Again, I wouldn’t say its an unwelcome change rather, a noticeable change.

Frankly, it’s a change in a direction I hold mixed feelings toward. The power ballad Below is a pristine example of White Lung’s pop inclinations. I believe I should take the appropriate measures and get this off my chest before I progress with my opinions, I did not like Below… not one bit.

In my eyes it was tacky, whiny, and simply annoying. I could have heard this track on top 40 radio and it would have easily passed as another lazy attempt to perpetuate this lazy rehash of familiarity within mainstream music culture. I know that sounds harsh and It’s likely I just left a sour taste in the mouth of several readers.

With all that said and done, my dislikes cease to drown out the many aspects of this album I find favourable. Kiss Me When I Bleed follows Below, quickly picking the pace back up and returning the charisma Paradise began with. Anne-Marie Vassiliou’s relentless drive on the drums never fails to satisfy, consistently providing the crucial back bone to Kenneth William’s ecstatic, shifting synth like guitar licks and Lindsey Troy’s underlying bass lines.

Lyrically Kiss Me When I Bleed serves as one of the stand out tracks, confronting traditional tales of love and lust with a vivid depiction of a tortured adoration: “I will give birth in a trailer, Huffing the gas in the air, Baby is born in molasses, Like I would even care”.

While still dissecting Mish Way’s lyrics, my praise would not be complete without mention of Narcoleptic, an all-round visceral attack on the senses. The lyrics sited are arguably my favourite on the entire record, “Stuff me full of septic, I’ll become narcoleptic, Safe as milk, he said, Watch my blue turn red”. A line which is ultimately a high point in my eyes.

Vegas is exactly what I was looking for on this record, it just may be my desert island pick on this LP. The track is by far the hardest hitting track on Paradise closely equating to the ferocity and urgency of the group’s earlier works and spanning a mere two-minutes.

It is the pinnacle of all the blood-rushing elements that make White Lung so unforgiving in their execution, I wish there were more tracks on Paradise akin to the potentially lethal blow flaunted on Vegas. Hopefully next time, am I right?

To sum-up my considerations, Paradise is in many ways a step away from the group’s roots and toward a momentously more accessible and polished sound. If you have remained a White Lung supporter since the collective’s early days in 2012, this sonic change could go either way toward conflicted opinions or further admiration. Conversely, one thing remains for certain; Paradise will surely place White Lung on a pedestal that will be instrumental in creeping the Canadian punks through the cracks toward mainstream success. 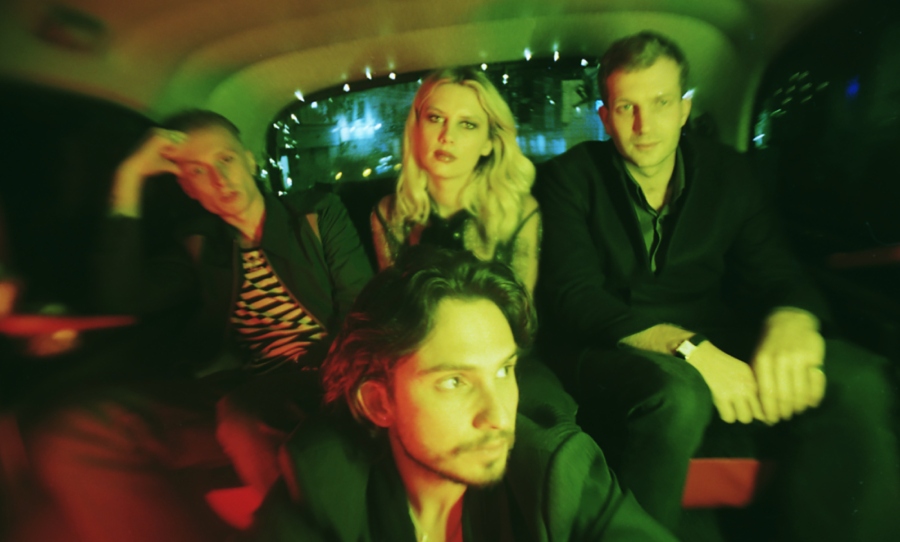