Tula is a piece of gear that can seemingly do it all. But does this pocket rocket set a new standard for USB microphones?

Despite being a debut piece of kit, Tula has some serious pedigree on its side. Brought to you by the team at Soyuz, it shares a classy aesthetic with this esteemed Russian brand.

But with microphones, it’s all about the sound. On that front, USB microphones haven’t enjoyed a stellar reputation — generally regarded as cheap and cheerful tools to get the job done with a minimum of fuss. But can Tula fulfil that brief and sound great too? In short, the answer is a definitive yes. But even beyond its sound quality, it promises to be a gamechanger. Let’s find out more. 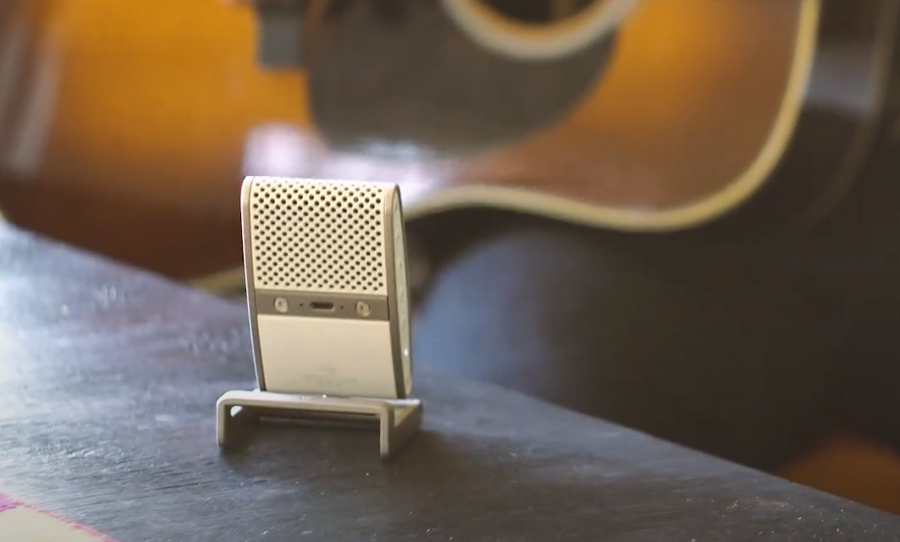 Microphones come in all shapes and sizes. But if your studio is your desktop, having a bulky mic isn’t going to do you any favours. In this regard Tula is a winner, owing to its diminutive size.

And though it’s small, you shouldn’t mistake it for being insubstantial. Pick it up and you’ll notice that there’s reassuring heft to it. Manufacturers of consumer electronics have known this for decades: weight (but not too much) tends to be an indicator of prestige. And the Tula team has nailed it here.

The quality of hardware design and its various connections also bode well. The stand flips open, with the mic resting at a sensible angle for speech from the desktop. And if you want to pack it away, you reverse the flipping process until the stand magnetically snaps shut.

Buried in the cardboard box is a mic adaptor. To use it, flip the stand and twist sideways to detach it from the mic. Then insert the mic adaptor, give it a single twist, and it’s locked in, allowing you to use a conventional mic stand. How many times in the studio I’ve wished for a solution as elegant from microphones that are way more expensive than Tula!

Adding to the retro charm are the finishes. They’re reminiscent of vintage guitars: a Fiesta Red, an Olympic White (Tula calls it ‘Cream’), Seafoam Green, and a classy Black. It all adds up to a good lookin’ package. But how does it sound?

Proof in the pudding

Straight off the bat, this mic sounds great. It outshines many condensers in its price range and leaves most USB mics in the dust. It’s not afflicted by the brittleness that’s common in cheaper condensers. The top-end is airy and rounded and captures the dynamic nuances of vocals, acoustic guitars, and hand percussion with aplomb.

Sure, it won’t represent all the magical complexities of the voices across the whole frequency spectrum like an expensive valve mic, but it’s a solid and surprisingly versatile performer. Throw the two polar patterns (cardioid and omni-directional) into the mix, and it’ll be a handy recording solution for many musicians.

But many non-musicians will get a lot out of this mic too. For example, there’s noise-cancelling — courtesy of Klevgrand — built-in! Sure, any denoising effects come with audio artefacts, but these are negligible compared with the convenience of remote conferencing without the hubbub of the office interrupting your conversation.

The fact that it’s also a mobile recorder, with 8 GB of storage, is a boon for anyone who needs to take notes on the fly, or record interviews away from the DAW. Just plug it into your computer after you’ve done some tracking, and Tula appears as a drive on your desktop.

Tula is already making waves, hitting that mythical convergence point on the convenience, cost, and quality Venn diagram. When you get back to the office, expect to see this sophisticated little microphone on many desktops.

Visit Studio Connections for all the details.