The thing that is most striking about Oh Mercy‘s new album, When We Talk About Love, is the innocuous honesty that surrounds it. The album has a rawness to it, and frontman Alexander Gow has been brutally honest talking about it.

On the band’s Facebook page he recently wrote an open letter about the release of When We Talk About Love, and the processes that surrounded it.“I’ve written a lot about this album. I’ve spoken about it to the point of self-flagellation. When I got home, back to Melbourne, after 15 odd months in America I was often asked, how did it go!? I answered, exhausted and truthfully, ‘I tried hard’. Praise Zeus I really did. I put my heart and soul into this record.” That, my friends, is honesty. Oh Mercy’s When We Talk About Love is full of stark, honest lyricism, executed with the same grace and elegance that the band have always been known for. A brilliant return to form.

Thankfully for Gow, that hard work, heart and soul have paid off. When We Talk About Love is a magnificent return to form for Oh Mercy, a throwback to their 2011 album Great Barrier Grief. It is open, sometimes blunt, but always uplifting. Written mostly in Nashville, and recorded on the NSW Central Coast with producer Scott Horscroft (who’s worked with the likes of Paul Kelly, Temper Trap, Birds of Tokyo and Silverchair), When We Talk About Love is filled with influences drawn from time spent travelling through America’s south.

Track one, All Roads Lead to You, is a solid opener. It’s descriptive and blunt, setting a stark tone for the rest of the album. It wasn’t, however, until somewhere near the middle of the album that you become really enraptured. Out of nowhere comes the lines “If I don’t got you/ I don’t got my health.” From here, the album really starts to take shape.

If You Come Around Tonight, written with local Nashville songwriter Tofer Brown, is reminiscent of Ben Kweller’s sound during his self-titled album era, particularly the song I Gotta Move. The languid guitars and the “Oh mama!” tag really get you here; a sound representative of a reflective, Southern summer.

Let Me Be Him has an overarching theme of hope through its longing lyrics and upbeat piano lines. It was written during Gow’s time in New York City, with the lyrics coming to him while on the subway. They came to him, start to finish, fully formed, in just 10 minutes, and needed no editing. Gow was on the way to see Bruce Brody, who was part of the Patti Smith group and came up with the piano track for her iconic Because the Night, obviously something that Gow did not take lightly.

When We Talk About Love is a brilliant record, reflective and unassuming, something best summed up by Gow himself: “When We Talk About Love is a personal record. The lyrics are personal. The music leaped out of me. Its genetics are the sum of my musical loves. Bacharach, Cohen, The Triffids. Grand, proud and not self-conscious. I accessed all that I’ve learnt, all that I know, or think I know, and importantly, all that I love, to create this record.” Drawing on Stockholm syndrome, the Bali Nine and women's empowerment, Castlecomer's All Of The Noise isn't afraid of the big issues 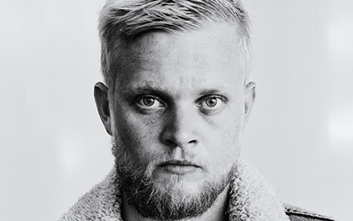 From the X Factor to exploring exotic instrumentation to SXSW, take a look into the complex world of Matt Gresham