Maybe you’re sick of all the advertisements you’re hearing on commercial radio, or even the trusty Js? Maybe you hate the pop music they play which all sounds equally bad. Maybe you wish radio stations would listen to you sometimes. If any of these apply, there’s a ready cure available in community radio stations. Here are some of the best from around the country. Sick of commercial radio or even trustyTriple J? We’ve got you covered. Here are 8 of the best community radio stations from all parts of Australia.

FBi is a biggie when it comes to community radio. Based in Sydney, they have been playing awesome alternative music for a while now, and also have recently introduced FBi CLICK which chucks out dance, electronica, and hip-hop all day, every day. FBi’s edgy mix of music is different to anything you can hear on any other radio in the Sydney. They’ve been responsible for supporting pretty much every local Sydney artist who have gone on to receive significant airtime on larger stations. Examples include Le Pie who has been on high rotation recently on triple J.

FBi has a whole range of programs to please every youthful music lover out there, including specialty programs covering the best new music from the UK, the best covers and remixes, and tailoring a track list based on a theme provided by listeners. There’s so much quality and interesting content on FBi to get a hold of as well as plenty of information on events and a great news blog. Their music is half Aussie, and half of that is from Sydney. If you’re within a few hours the NSW capital, it’s well worth getting to work on that radio dial. Of course if you’re a little further out (or a lot further out) you can always tune in via digital. SYN is very specifically targeting the youth and students of Melbourne, providing features on pop culture, sport, and festivals. The amazing thing about SYN is that volunteers can be as young as 12 and must be no older than 25. Way to make people feel old guys, there’s 26 year-olds who still think they’re young enough to do anything! They have some fantastic programs though.

Schools On Air puts students in the studio to create broadcasts, providing valuable experience and learning. Queer Youth On Air is what you might expect and The Naughty Rude Show talks to young people about sex and relationships in an educational but fun way. Each week they have a Sweet 16, the best 16 songs of the week comprised of 50% Australian acts and 50% international. They also feature a local and international album each week. This week’s incredible Aussie feature was Yuck from Melbourne sweethearts Alpine. SYN really have their shit together so I suggest you check them out. Canberra isn’t exactly known as a hub for music production, however, 2XX is doing their best to put local music on the map. Playing a diverse range of genres they ensure a staggering 80% of their music is Australian with a high representation of ACT artists. 2XX are great in that they provide programs on many different issues including multiculturalism, indigenous information, LGBTIQ  concerns, youth programs, and mental health. All the while spinning sweet and varied music, from metal to electro, to folk. This station truly celebrates diversity and emphasises giving a voice to those who can’t have one on commercial radio. Australia’s oldest and largest community radio station is based in Melbourne and plays everything imaginable as its 440,000 weekly listeners can attest to. Triple R is another with a varied and diverse range of talk programs to connect with their audience to create an intelligent, informative platform for the people of Melbourne. Topics range from the environment and politics to medical issues and cultural ventures. To give you an idea of the music you’ll hear on Triple R, their recent albums of the week have come from artists including: Blur, Unknown Mortal Orchestra, Jamie XX, and Oh Mercy. Indie lovers and hipsters tune in because traxx is for you. Founded in Brisbane in 2008, traxx broadcasts 24 hours a day purely on the internet with the sole aim of playing quality indie music, ‘connecting people to music that has meaning to them. Traxx are very critical of mainstream media and commercial networks, they’re more aligned with the radio pirates of the 60s. The Boat That Rocked anyone? Even Triple J cops a lashing. Basically traxx plays a combination of songs you might hear on triple j and triple j unearthed but with a huge emphasis on indie music and independent artists. You won’t find a whole of news or gig information on their site but hit play and you’re sure to find your next favourite band. Somehow the Vultures on 2ser are able to combine Game of Thrones and the Commercialisation of ANZAC day into the one program. Sounds interesting right? 2ser is an arm of the Sydney Educational Broadcasting Ltd. providing a stimulating forum for learning and the expression of alternative ideas, informed by and promoting principles of social justice. In pursuit of its mission the company anticipates, reflects and responds to the social, cultural and educational needs of the diverse Sydney community. Now that’s a vision! When they’re not talking about the things that matter they broadcast an eclectic range of music, moving around from Africa, to Europe, the Americas and back home to provide a stimulating listening experience that is often quite soulful and folky. Three D broadcasts to Adelaide and surrounding areas, supporting local artists, playing progressive, alternative music. What’s really cool about Three D is that it is run entirely by volunteers and there are no playlists. The announcers get to choose the songs they share with listeners, which means any band trying to get a leg-up is a good chance of getting some airtime on radio. They also have stipulations in place that make sure 40% of the content is Australian, 20% is local to South Australia, and 25% is female orientated. They also specifically avoid competing with other radio stations. How kind of them. A lot of great music comes out of Perth so it’s no surprise there is a good community radio station to back that up. RTR are exceptionally supportive to local bands and as with some of the other stations have no set playlist allowing for a large range of artists to attract new fans. RTR is almost the most focused station on this list. Their talk programs are largely tailored towards the W.A area as well with a strong focus on the arts, culture, and social justice. Despite a youthful musical taste the stations audience ranges in age from 15-100! I guess it doesn’t hurt to cover all bases. There’s no shortage of alternative music in Perth and RTR have no problem showcasing it, give them a listen. 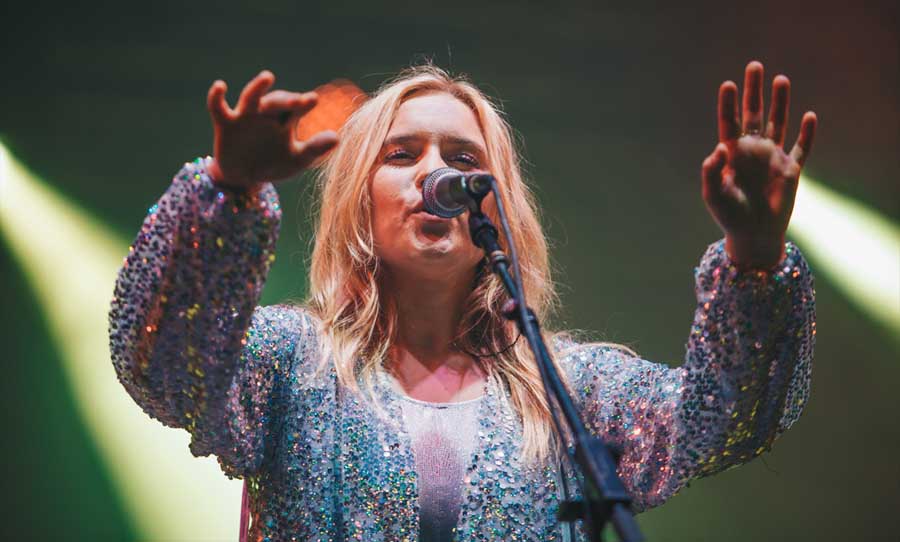 Vote for the best in Sydney music, art and culture in FBi Radio's SMAC Awards