Tribute To One of the Most Influential Keyboards Ever: The Fender Rhodes
Skip to content
[gtranslate]
AS 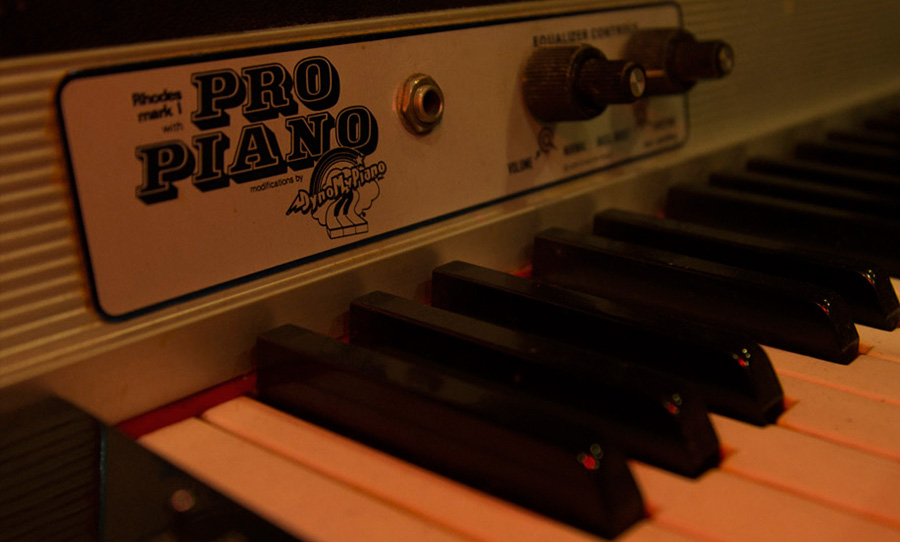 During the middle of World War II, a young American man by the name of Harold Rhodes worked in the Army Air Corps, entertaining and teaching the wounded. The restrictions of a tight budget forced Rhodes to develop his own prototype keyboard from old B-17 tubing, aptly named the Army Air Corps Lap Piano.

As the war drew to a close, Rhodes focused his efforts on improving his prototype. He wanted a keyboard that could compete with a rock or jazz ensemble. Something that was relatively portable and used tuning forks and electromagnetic pickups to generate sound. By 1965, Harold Rhodes had joined forces with Leo Fender to release what would eventually become one of the highest selling electric pianos of all time: the Fender Rhodes.

Ray Manzarek once said without the Fender Rhodes The Doors wouldn’t have existed. Do we need any more reason to pay tribute to this momentous beast?

The Fender Rhodes fast became known for its distinctive tone: Full, fat, warm with a glockenspiel-like tinge to it. Its touch sensitivity and amplification meant it could linger in the background of a track or be pushed to the forefront.

By the time of the Fender Rhodes’ release, jazz immortal Miles Davis was looking for new sounds to experiment with. The introduction of the Rhodes’ coincided with Davis’ foray into fusion and space jazz territories. The keyboard was heavily featured in In A Silent Way and Bitches Brew, and its milky tone has become synonymous with Davis’ lauded Electric Period.

The versatility of such a robust instrument went on to influence many of Davis’ own collaborators. Herbie Hancock slowly distanced himself in the 60’s and 70’s from the hard bop jazz he began with just a decade earlier.

The Rhodes made many appearances on his albums with his Mwandishi band in the late 1960’s, but perhaps the best example of Hancock’ employment of the keyboard is in his landmark 1973 funk album, HeadHunters. It is heavily featured throughout the album, and is utilised for an extensive solo in the opening epic, Chameleon.

Other collaborators of Miles Davis were also heavily influenced by the Fender Rhodes and employed the keyboard in many of their own recordings. Chick Corea used the Rhodes extensively after his feature in Bitches Brew, and perhaps his best known use of the Rhodes is on the jazz standard, Spain. Another Bitches Brew collaborator, Joe Zawinul, would later feature the Rhodes in most of his albums with fusion band Weather Report. Finally, Bill Evans, a jazz heavyweight and a collaborator on Davis’ Kind of Blue, personally asked Harold Rhodes if his invention could be featured in Evans’ 1970 album, From Left to Right.There’s no doubting the impact this electric beast had over the jazz world, but what perhaps is more interesting is its impact in the realm of rock. In the same year that the Fender Rhodes was released, The Doors were founded and keyboardist Ray Manzarek began a life-long with the Rhodes.

Originally, Manzarek used an early model of the Rhodes keyboard titled the Piano Bass, using the bottom 32 notes of the keyboard. With this, Manzarek was able to eliminate the need for a live bassist. He would play the Piano Bass with his left hand, while playing an organ with his right.

It wasn’t until 1971’s L.A. Woman when Manzarek would upgrade to the full-sized Fender Rhodes electric piano. As the band’s music delved more into blues-oriented rock, Manzarek
used the Rhodes on two of the albums’ ten songs. One of these songs went on to become one of the biggest hits for The Doors; their psychedelic opus Riders on the Storm. The tone of the Rhodes and the song itself have become intertwined with how we remember The Doors. In fact, after the death of Harold Rhodes in 2000, Ray Manzarek praised the life work of Rhodes, claiming “If Mr. Rhodes hadn’t invented the Keyboard Bass, The Doors would never have existed”.

Even today we can still hear the Fender Rhodes’ warm tone ring out through the annals of music history. Pink Floyd used one in Sheep and Money. The Beatles enlisted “The Ruler of the Rhodes”, Billy Preston, on Let It Be and he can be seen wailing away on a Rhodes during the Beatles’ infamous rooftop concert. Even trip-hop pioneers Portishead have used the electric piano extensively throughout their repertoire. Its influence spans decades and genres and with this, the Fender Rhodes will go down with Wurlitzer and Hammond Organ as one of the greatest and influential keyed beasts of all time.