Once every few years, a record shatters not just the charts, but also our expectations of what a pop record can (and should) sound like.

Yes, Arrival from ABBA foots this bill – and it won’t be taking tips from anyone. Almost a half-century on since the 1976 release, its universal longevity in the pop sphere remains largely unmatched. Today’s superstar artists still haven’t conquered the curiously melancholic and joyful package Sweden dropped at the top of the charts (labelled Dancing Queen) for six straight weeks.

However, these prepotent private helicopter flyers didn’t always sail above the masses. A number of rocky starts, image reworks, and lyrical whitewashes hit the shores long before ABBA took to the sky. In celebration of the band’s highly-anticipated reunion on 2021 LP Voyage, we’re looking back at the moment ABBA first took flight. And of course, why it mattered.

The year is 1973. Agnetha Fältskog, Björn Ulvaeus, Benny Andersson, and Anni-Frid Lyngstad (an acronym for ‘ABBA’), have just submitted their single Ring Ring for Eurovision, but fall short with third place. The Swedish public disagrees with this bronze tack by crowning Ring Ring a number one single in its homeland, propelling the band to continue.

But, they were far from secure.

ABAA’s follow-up singles failed to chart as high, perhaps due to the band’s perception as a syrupy-sweet, glam-rock outfit. This style was later described by Bjorn as “stupid”. Why? “Because we were always a pop group.”

So, ABBA had two challenges at their door. First: to recognise themselves as the hook-focused hitmakers they truly are. Second: to write a killer pop record that cohesively followed this vision.

Their self-titled follow-up LP came pretty damn close. With emotional hilts like SOS (boasting possibly the greatest chorus of all time) and Mamma Mia, the band were solidifying their strengths. However, the album also smothered ABBA’s reputation as respectable songwriters with bland, sappy cuts like Man In The Middle and I Do, I Do, I Do, I Do.

The record absolutely soared, sales-wise and music-wise, however, it wasn’t technically an album. So, in the very same year, ABBA put their singles-only image to rest… and arrived.

With a handsome budget and the helping hand of engineer Michael B. Tretow, Arrival touched down. Inside the jet, ABBA had built some of the most effortless sounding yet musically complex pop songs of all time. Their formula?

Let’s talk about the tracklist. Opener When I Kissed The Teacher is a tad queasy, but morally myopic love was always a genuine interest of the band, and the harmonies remain drop-dead gorgeous. Then, came Dancing Queen, a track deserving bible-length praise – I’ll try to keep it concise.

With the intention of writing a dance track, Björn and Benny brought a song idea named Boogaloo to Glen Studios in Stockholm. Alongside Tretow and session drummer Roger Palm, they began crafting a backing track inspired by George McCrae’s Rock Your Baby. Frida heard the backing track and immediately recognised the song’s potential, sharing “I thought it was so emotionally beautiful that I started to cry”.

After months of gruelling reworks, manager Stig came up with the ingenious title Dancing Queen, and the rest is history. From the opening glissando, all the way to the audaciously brilliant “seventeen” and “tambourine” rhyme, every second of Dancing Queen is timeless magic. For some, it’s a liberating call to the dance floor. For others, it’s a tragic reminder of youth gone by. As Mamma Mia producer Craymer puts it, you “just surrender”.

Then comes My Love, My Life, one of ABBA’s many breakup lamentations. It’s delicately moving but pales in comparison to the band’s visceral Knowing Me, Knowing You. How the band make their breakup tracks so vivid might have something to do with the couples themselves. Agnetha and Bjorn broke up three years after Arrival.

Were the cracks already emerging? “Now there’s only emptiness, nothing to say.”

Then comes another iconic cut, one that Benny crowns as ABBA’s finest: Money, Money, Money. Frida takes the reins for this tension-filled story, manifesting the possibility of marrying wealthy or winning it big in the city of angels. The bouncy keys and key change are both highly engaging, again proving ABBA’s ability to serve up musical nuance in a digestible meal for mass consumption.

The piano-focused mastery continues onto That’s Me, a strut-ya-stuff blend of fevered disco and ballroom harmony. Once again, the protagonist is drowning in melancholy, but that’s the ABBA lyricism we love best. Another highlight gracing the B-side is the thumping Tiger. Agnetha and Frida’s vibrato is so strong together on the hook it’s almost disorientating, especially during the jaw-dropping outro.

Title track Arrival gives the listener a well-earned detour from the relentless pop, offering a hymn-like instrumental of gentle yet epic proportion. The soaring synths sound like a band’s goodbye to a Nordic ship as it dips through the canyon and passes into the clouds. The album could have finished there, but this is ABBA we’re talking about. There’s always room for another surrender.

Embedded in folky roots enters the admirable Fernando. Panpipes, winding melodies, and lyrics regarding a liberation war in Central America alienate the track from undiminishable universality, but it’s the tension and release that enraptures.

You don’t need to have held “a rifle in your hand” to connect with that chorus lead-in. “There was something in the air that night.”

As you probably know, ABBA has returned in 2021 for one final record and a revolutionary hologram live show. This unexpected return became lucrative news for the generation that grew up with ABBA, as well as the generation that found the band’s records on their parents’ shelves.

So, why is ABBA still connecting with such a large number? A difficult question.

The group said it best themselves: “Without a song or dance, what are we?” 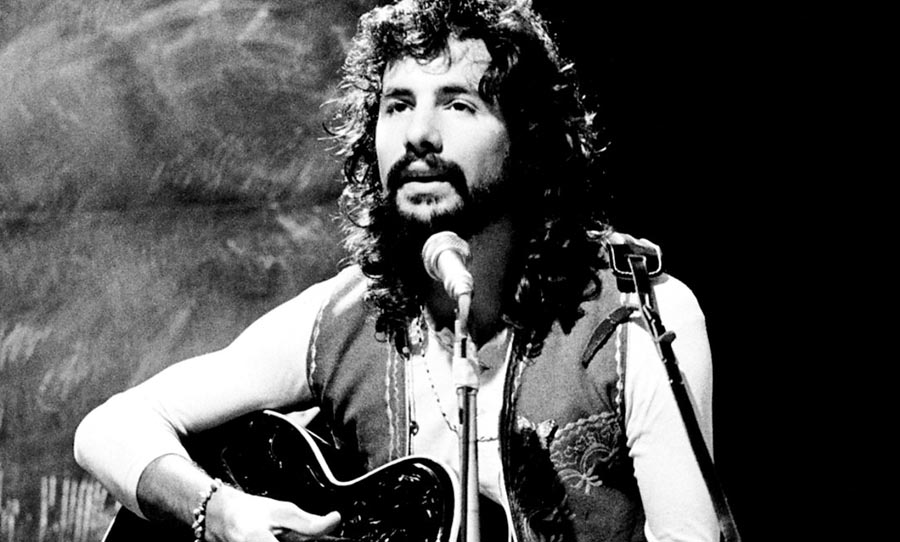 Cat Stevens - 'Tea for the Tillerman': Why It Mattered