The Animal Crossing community is nothing if not dedicated. Only a matter of days after new Mario-themed items were added to the game, players have transformed their islands into platforming courses and created delightful worlds inspired by the franchise.

In an unexpected crossover, Animal Crossing: New Horizons has joined Mario’s big 35th anniversary celebrations by dropping a free update that includes Mario, Luigi, Peach, and Wario costumes, as well as Mario-inspired furniture items. The catalogue of interactive items includes coins, Thwomps, coin blocks, mushrooms, and even Warp Pipes that you can use to travel between different points on your island. If you’re upset that you won’t be making it to Super Nintendo World any time soon and want to build your own version right inside your living room, you can find all the Mario items in a separate tab of the in-game Nook Shopping app.

Nintendo has attempted to stretch out the fun by limiting orders to five items a day, but they should have known that wouldn’t stop dedicated builders – crafty players are doing a whole lot of time travelling to quickly build intricate courses.

The Animal Crossing community has naturally stepped up to do what they do best, completely redesigning their islands to take advantage of the new items. Some players are crafting their outdoor spaces to resemble certain Mario games, like this Mario Kart racetrack.

Or this stress-inducing recreation of Rainbow Road.

One Animal Crossing islander has even created an entire scene from Mario Party 8.

Some creative players have taken it a step beyond decoration, turning their islands into playable Mario platforming games.

Animal Crossing aficionados can also take advantage of the game’s existing custom design feature, with many collaborative fans sharing the codes for designs they crafted to extend even more Mario fun.

For anyone wanting some mario stuff now, or just some other mario themed clothing items.. I've been working on a collection in spirit of the update! Feel free to search my creator code and grab any of these!

I will be adding more everyday til 3/1! pic.twitter.com/3pyTZlJU6C

Players can use custom patterns on the ground to take their creativity to all new heights, like this Mario-inspired world in the clouds.

It’s okay if you’re no architectural mastermind though, many users are just having fun messing around dressed as Luigi or pimping their rooms to the extreme.

It’s not too late to get involved and create your own wacky Mario-themed Animal Crossing island, but with most of the franchise’s celebrations set to finish by the end of March, you might not want to leave it too long. Let’s-a go! 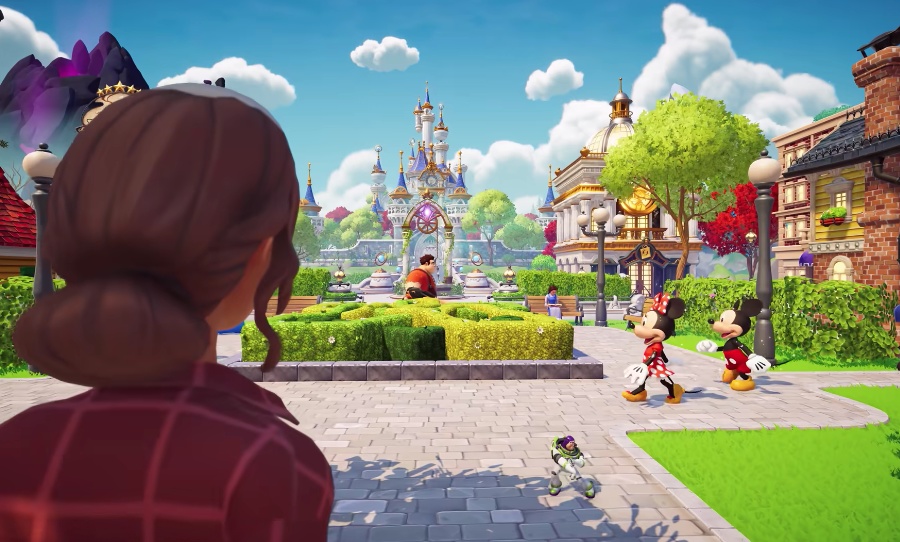