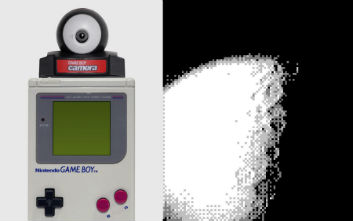 We’ve all played Game Boy games before, with the odd moon or planet in the background as the miniature pixelated rocket flies through space, shooting at any pixelated alien that starts to attack.

But it would have been anyone’s guess that a Game Boy could display a real moon, let alone a distant planet. Astrophotographer Alexander Pietrow is the man defying all digital odds, becoming the first person in history to photograph the moon and planet Jupiter using the camera from a Game Boy. Who needs a DSLR? This astrophotographer is bringing back the Game Boy Camera with shots of the moon and Jupiter.

Personally, I was never lucky enough to own the 1998 Game Boy Camera attachment, which apparently at the time was the world’s smallest digital camera. The monochrome, 2-bit camera has a 128×112-pixel CMOS sensor, but when paired with a 6” Faunhofer telescope, the impossible became possible.

The telescope used by Pietrow dates back to 1838 and using a Gosky Universal Cell Phone Adapter, he managed to align both the Game Boy Camera and telescope’s eyepiece.

As the clouds passed and the long-awaited clear sky finally appeared, Pietrow went to the observatory and began to shoot. Craters and all, the Game Boy Camera captured it, along with three of Jupiter’s moons. Here are his results.