Amongst COVID-19, the Australian cannabis market has been booming, with a recent report outlining that weed consumption has increased in 2020.

With all Australians having to go through a few months of lockdown, many people were stuck in their homes with not much to do. It appears that a lot of people spent an abundance of that time smoking weed.

The Australian Criminal Intelligence Commission recently released their 11th report from the National Wastewater Drug Monitoring Program. In layman’s terms, they do a nationwide urine test for whatever drugs people smoke, swallow, snort, or inject. So no, even from work you can’t get away from a piss test. 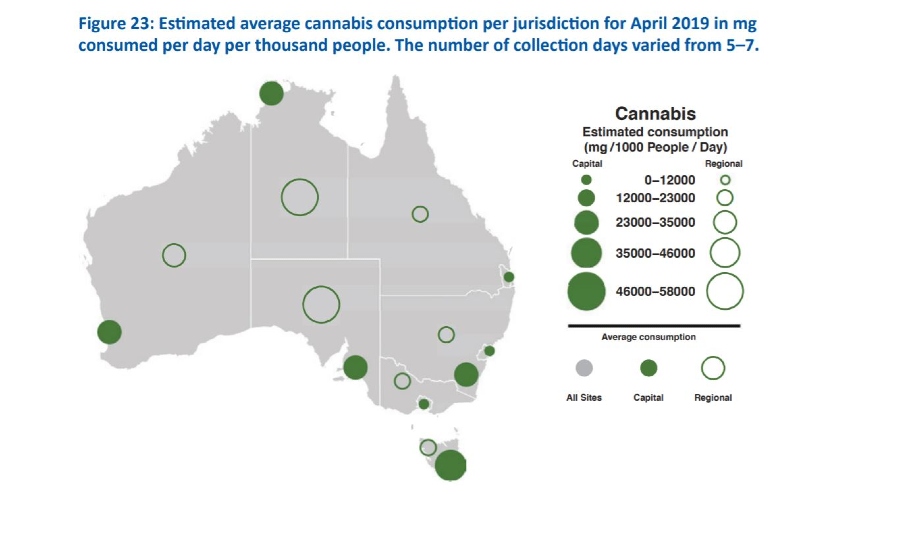 As seen above with the increase in the legend, weed consumption increased throughout Australia from 2019 to 2020. This is according to the estimation of THC consumed based off the THC content found in wastewater.

The report covered 56% of Australia’s population (13 million people), with a distinction between those located in capital cities and those in regional areas. Among other findings from the report was cocaine usage bouncing back after the lockdown period.

This will certainly interrupt supply and massively increase average prices, thereby reducing use in the community

Haha just joking this is likely <0.1% of domestic cultivation and will achieve nothinghttps://t.co/hsHBYyJWow

It’s also notable that usage increased, despite street prices increasing in some areas. As per ACIC:

“The cannabis market was not negatively impacted during the COVID period to the extent of other major drug markets, despite highly inflated prices in some areas. This is likely because almost all of the market is supplied from domestic sources and cultivation occurs nationally.”

Though Australian cannabis legislation and general public view has evolved, notably with the ACT legalising personal use (not recreational/retail), there is still a long way to go. A recreational cannabis industry could potentially create thousands of jobs and bring in billions of dollars, but both major parties oppose it, the biggest party supporting it being The Greens.