The best gacha games have become a genre in their own right. Find out why people around the world are emptying their wallets for jpegs.

Gacha games originate from the word ガチャポン (Gachapon). These refer to Japanese vending machine capsules in which contain a toy — the gimmick here is that you don’t know which one you’re going to get. Kids all over Japan are spending their precious 100 yen coins, popping open these gacha balls – essentially the Kinder Surprise egg minus the chocolate.

Rolling for characters (like rolling a dice) in these games has replaced getting a plastic toy with virtual units. Weighed down by artificial difficulty and limited gameplay functions, good gacha games don’t come around that often, but when they hit, they really hit. Here’s 10 of the best gacha games to start your journey off. 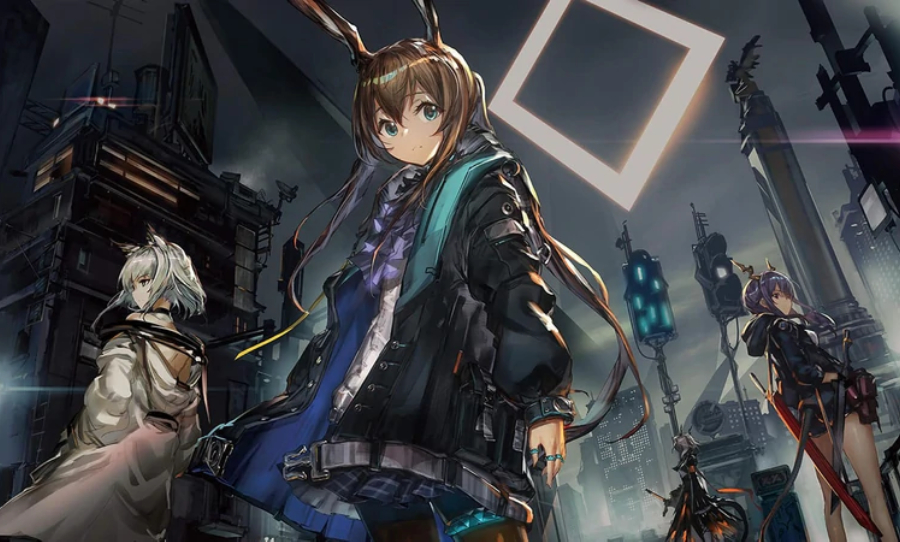 Arknights is a 2019 gacha game that has surged in popularity since its release. Featuring anime girls set within a dystopian society, the game has some stylish art to draw in players. The game also boasts of a great deal of strategy, where a sharp mind could easily overcome the low paywall. Believe it or not, you don’t need high rarity units to progress in this game.

The game is built upon the tower defence genre – simple to start, but requiring deeper tactical decisions to achieve victory. Each unit is multi-dimensional with proper roles, so the game is more than just assembling a bunch of high attack characters.

Both BanG Dream! and Love Live! are music rhythm games featuring idols, rolled via gacha. Featuring more than just catchy digital tunes and intuitive gameplay, both games have become a real-world phenomenon with concerts all around Asia.

In-game performance is determined by maintaining combos and note accuracy, making the game reliant on player skill and not just good units. You will see higher rarity idols generating higher scores, but we can assure you that full combo-ing your favourite songs is just as rewarding.

And some trivia: Yoko Hikasa voices both Akiyama Mio from K-ON! and Udagawa Tomoe from BanG Dream! The in-game band covers the song Don’t Say Lazy which is sung by her character on K-ON!, meaning that Yoko Hikasa had to cover her own singing (which was already different from her usual voice) in another different voice.

Brave Frontier was the 2013 gacha game that started bringing the genre across the seas. Japan just couldn’t keep it to itself, so now we’ve got the rest of the world hooked onto this rising tide in mobile gaming.

With tons of artificial difficulty and painful rates, this game would eventually lock out players with its soft paywall. Progression was almost impossible without five-star units.

Nonetheless, this game has earned a spot on our list for being the veteran. As a dinosaur from the genre’s earliest years, you can’t help but smile a little when we see that Brave Frontier is still alive and kicking.

Throughout the years, the game even has scored collaborations with popular anime series including My Hero Academia, Fairy Tail, Samurai Champloo, and Trigun.

What begun as an adult visual novel in 2004 has now grown into a popular franchise. Fate/ Grand Order is the 2015 gacha game branching off the Fate series. This game takes all the original characters and pumps out new ones to entice players into rolling for cute, handsome depictions of historical figures.

If the sheer novelty of seeing King Arthur as an anime girl wasn’t enough, this game actually packs some pretty fun turn-based combat. It has more gameplay elements than Brave Frontier, but the in-game mechanics are still heavily reliant on getting good gacha units.

The Fire Emblem games feature fantasy settings and tactical decisions in turn-based, chess-styled battles. The series spawned 16 main titles games and four spin-offs – one of them made it to the gacha bandwagon. Oh, it’s also responsible for about 100 Super Smash Bros. characters.

Fire Emblem Heroes is a bite-sized version of Fire Emblem modus operandi, with smaller maps and a limited amount of deployable units. Still, it’s true to its roots.

It plays out exactly the same as its main title games, the only exception being you have to collect your units and level them using the gacha system. Asper usual, unit strength is determined by rarity, but this game still requires intelligent strategies. We would say it’s a 50/50 between luck and skill.

Since its 2020 release, Genshin Impact has set the standard for the new era of gacha games. More than just moving jpegs, this one delivers fleshed-out characters to control and fight with. The smooth gameplay and stunning visuals were more than enough to attract hordes of fans from across the globe.

Genshin Impact has often been referred to as a Breath of the Wild clone, which is a pretty neat compliment for a gacha game. But it’s more than that. This game encourages co-op and having a party working in tandem to overcome enemies.

Satisfying the criteria for both gacha and RPG fans, players are quite literally experiencing the best of both genres.

Grand Summoners embraces the trashy roots of the gacha genre, giving its players plenty of eye candy and fan-geared content. Since its 2018 English release, many fans have downloaded Grand Summoners to play casually until they get the characters they want.

One key selling point of this game is the sheer amount of collaborations they get. If Brave Frontier gets all the mainstream collaborations, Grand Summoners definitely gets a point for hitting up the niche series.

Their collaboration events include: The King of Fighters, One-Punch Man, That Time I Got Reincarnated as a Slime, Goblin Slayer, and The Rising of the Shield Hero.

Released in 2020 and heavily underrated, Hero Cantare is a blockbuster gacha game featuring Webtoon characters. This popular trend in Korea has recently kicked off its global campaign following two successful anime adaptations in the same year.

Hero Cantare comes with high production value and turn-based gameplay elements – it might’ve even been a thing if Genshin Impact wasn’t so damn popular.

Korea isn’t known for gacha games, but perhaps this will be the first of many. Although it doesn’t have the most compelling gameplay, we highly recommend it to anyone craving a good storyline from a mobile game. These characters all have webcomic backgrounds, making them ideal for anyone keen on checking out the Korean comic industry.

Summoners War represents the greedier and more cash-grabbier side of gacha gaming. This game demands in-game purchases for any real progression and the top guilds allegedly force guildmates into spending thousands of dollars.

Despite the inflated difficulty, the concept is interesting to view from a distance. Rather than play, we recommend observing what players have done for this game so you don’t continue the tragedy yourself.

Summoners War gives the illusion that player skill matters, offering tactical decisions. However, everything is governed by cooldowns, and rarity determines the raw damage any unit can deal. Following this trend, this game spawned an army of clones and it even gave birth to Raid: Shadow Legends (weaselling its way into so many Youtube channels).

Technically speaking, Yu-Gi-Oh! Duel Links fits the gacha game shoe. After all, the cards are given to you by opening an in-game pack containing a random set of cards. Gacha, right? Although this does require players to spend money to complete a deck, you can still be patient and receive the premium currency for free (just at a slower rate).

This game is fully developed as it’s not something new – it’s standard Yu-Gi-Oh! with speed duel rules. In fact, there’s even an esports community based around Yu-Gi-Oh! Duel Links, making it the most competitive gacha game out there.