Face alteration apps are getting better and better. The latest incarnation that is currently doing the rounds is FaceAPP – the hilarious facial recognition software that can make you look older, younger or change your gender.

If you’re a miserable sack, it can even make you smile, which is exactly what digital designer Olly Gibbs is using it for. However, his subjects aren’t his mates. They’re gallery portraits. 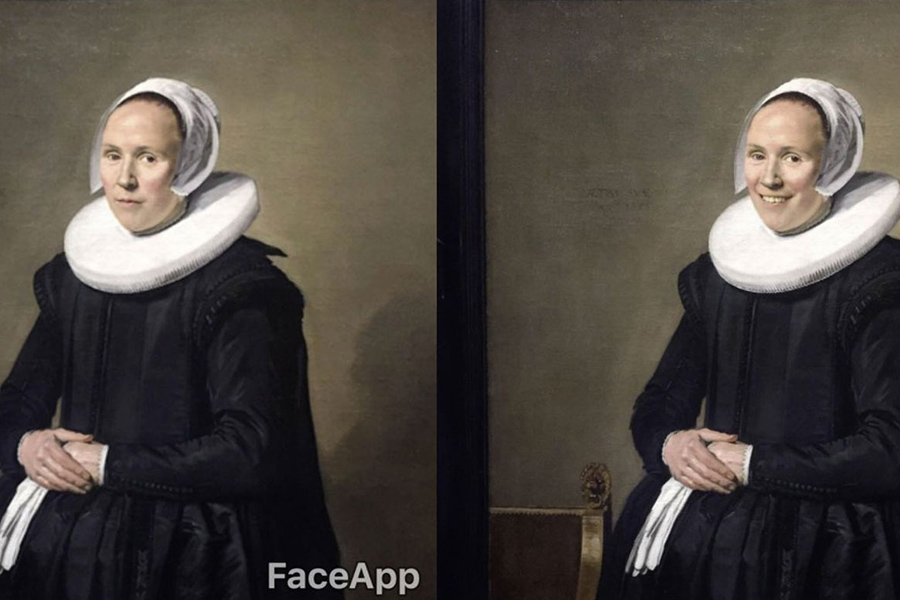 Best use of FaceAPP yet? Digital design Olly Gibbs is giving miserable gallery portraits a much needed makeover with facial recognition software.

During a recent visit to Amsterdam’s Rijksmuseum, Gibbs came up to a sudden realisation that every portrait he saw looked utterly miserable; naturally, a little alteration was in order.

“The idea started in the tower of the Old Church,” he told Dutch newspaper deVerdieping Trouw. “I took a picture with my girlfriend of the beautiful view over Amsterdam, but I laughed because I’m afraid of heights. She said that there was an app that my grimace could be transformed into a brilliant smile.”

“They looked like me on that tower… [so] my girlfriend then thought it would be fun to use the app to cheer them a little,” Olly said. “We then had a lot of time in the museum and walked around to find the most grumpy faces.”

The results were fucking hilarious. See below: