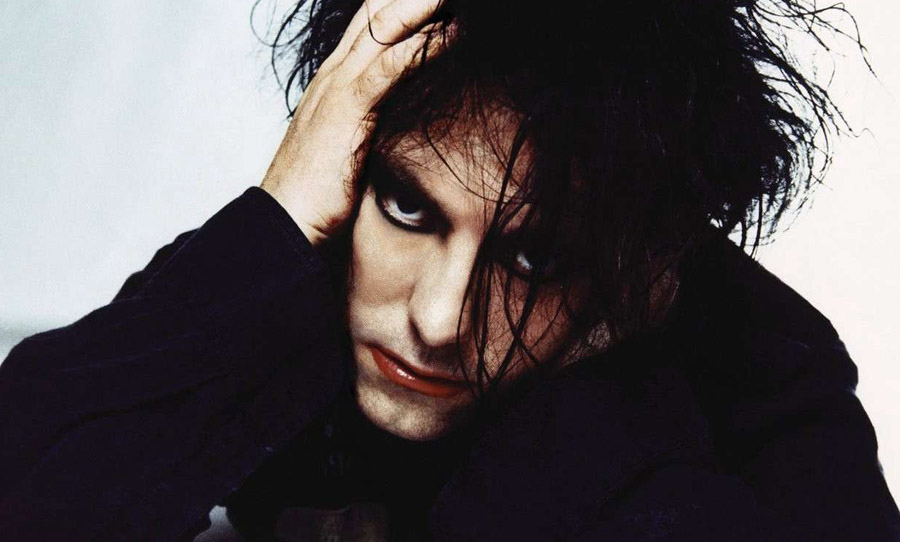 Like so many rock bands, The Cure was built on a foundation of schoolboy dreams. Yet, the sole member who has survived through the band’s highs and lows, Robert Smith, didn’t even start out as the lead singer. From tentative first steps, The Cure carved a path through rock in a direction that only they could, combining elements of pop, goth-rock and post-punk in a career that has spanned more than 40 years.

Inspired by the post-punk that swept through the U.K. in the late ’70s, The Cure’s first album, Three Imaginary Boys, was raw, yet replete with the claustrophobic anxiety that typified bands like Joy Division. Despite its deficiencies, the promise of a truly original voice in Robert Smith (both literally and from a songwriting standpoint) saw the group evolve to become an unforgettable presence throughout the ’80s.

So let’s venture into the history of Robert Smith, who emerged from a combination of influences, navigated fame and still maintains a presence as a true rock enigma.

Robert Smith has been the lynchpin for The Cure throughout the myriad mutations of their sound. Let’s explore how he forged a unique artistry that still eludes genre.

Smith was born into a musical family and like many a music fan, he was turned to the good stuff (The Beatles, The Stones) by his older siblings. He studied classical music, but eventually took possession of his brother’s axe and spent his teenage years forging his own playing style.

But as he and his mates embarked on a rock ‘n’ roll journey, the path for Smith was very unclear. Leading up to what would become a settled lineup for The Cure, Smith wasn’t yet at the front of the stage—busy instead chiselling the angular rhythms on guitar that would typify their early work. The group cycled through various vocalists in that formative period, with Smith finally taking the reins as they headed into the studio for the recording of Three Imaginary Boys.

Being their debut, the record was historic in its own way. But The Cure didn’t find their feet until early the next decade. In quick succession, they recorded three albums which catapulted The Cure to the forefront of goth-rock. The band’s first successful single in their home country, A Forest, which appeared on Seventeen Seconds hardly has any of the hallmarks of what you’d expect from a breakthrough track.

It’s luxurious length, a squelching four-note motif, cutting but spacious guitars instead pay homage to post-punk contemporaries like Siouxsie and the Banshees (the band in which Robert Smith moonlighted as a guitarist), with reverse reverbs and delays that recreated the icy atmosphere of Joy Division.

On Hanging Garden, which comes off Pornography, the frenetic pounding of the toms is set against Smith’s soaring tenor. This three-album run, which encompassed Seventeen Seconds, Faith and Pornography saw The Cure at its most angsty. It not only solidified Smith’s identity as not only a singer and songwriter, but as a producer as well.

The sound that was founded on darkness was quickly turned on its head, however, with a song that broke The Cure in the mainstream. The Lovecats, while still based in band’s favoured minor tonality, found Smith in a more playful role.

It was still believably The Cure, yet the track was healthily infused with hooks to die for, including jaunty, staccato piano chords, an unforgettable double-bass line and a scat refrain that is impossible to exsponge from your brain. In this incarnation of The Cure, Robert Smith was flexing his muscles as a bona fide pop creator—a role that surely sat uneasily once upon a time.

The same technique of layering equally irresistible musical elements to make pop perfection served The Cure well again in tracks like Close To Me and Just Like Heaven. In their 1989 album Disintegration, the band revisited the primitive guitar and bass lines of some of their very earliest work, albeit with a decade’s worth of refined songcraft and maturity in production since they first emerged.

It was a period of tumult for the band. Despite a return to their goth-rock roots, the album exploded in the U.K., Europe and the States on the back of singles Pictures of You, Lullaby and Lovesong. At the same time, the band was falling apart, with founding member Laurence ‘Lol’ Tolhurst parting ways with Smith prior to the release of Disintegration.

But of course, this was always the way with Robert Smith and The Cure. After making his entrance into the music business as a teenager, he learned an important lesson early on. In creating a record that he wasn’t proud of in Three Imaginary Boys, he never again ceded control of the band’s sound. While the relationships within the band stretched and eventually fell apart, Robert Smith kept walking the same path and found that commercial success and artistic integrity need not exclude one another.