9 artists who thought 'fuck it, i'm starting my own record label'
Skip to content
[gtranslate]
KR 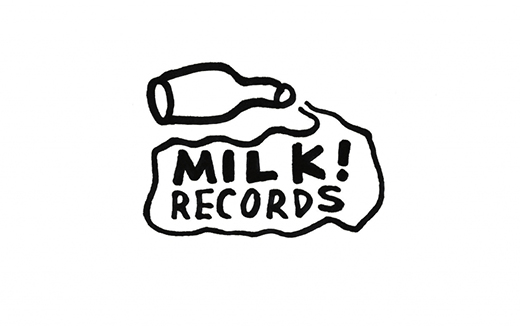 Who run the record labels? Well, bands do, actually – as if songwriting, rehearsals, recording and touring weren’t exactly enough. And, as it turns out, they’re pretty damn good at it too. Whether it’s providing a well-deserved stage for talent they can’t bear we miss out on, ensuring their support act gets the credit they deserve, or adopting big name bands who want some downtime from a bigger record label, they’re all over it. We’ve gathered nine of the best for you. As though writing, rehearsing, touring and recording wasn’t enough, we have gathered 9 artists who thought fuck it, i’m going to start a record label too.

Joe Alexander is not only the drummer of Terrible Truths, he’s also one half of the duo that brought us Bedroom Suck Records. They’ve since become the go-to for indie artists we need to add to our playlists immediately, turning out LPs for the likes of Bitch Prefect, Blank Realm, Boomgate, Circular Keys, Fair Maiden, Love Of Diagrams, Superstar, Totally Mild and a whole load more. Their five-year anniversary was celebrated with a 27-track double LP compilation. And to think it all began with a cassette-only release of Chanbara.

The Grates don’t do anything by halves: Death Valley is not only the name of John and Patience’s label, but also their Brisbane bar. We’ll forgive them for only putting out their own music as of yet, as they’re no doubt kept extra busy with the arrival of their adorable band baby Soda, but with John telling Happy back in July that he wants music to be “something people can live off and not just be a flash in the pan,” it’s well worth watching this space.

Founded and curated by Nick Murphy – better known perhaps by his stage name Chet Faker, and Jack Vanzet of Thrupence, Detail Co. are all about them Melbournians. They keep it simple by working collaboratively on one project at a time and right now, all ears and eyes are on Cleopold and his lead single Down In Flames. They’re also responsible for giving us Yujen’s first official release, Try It Over.

Small but perfectly-formed, Flightless is the brainchild of King Gizzard & The Lizard Wizard (surely one of the most phonologically pleasing named bands ever, right?), which they started to release their first full-length album and have taken flight ever since. Also under their wings are The Babe Rainbow, Love Migrate, The Murlocs and Sagamore. And good news for King Gizzard fans: they’re no strangers to making the occasional feature on the albums they help produce.

Courtney Barnett set up Milk! Records in 2012, using the label to release her debut EP I’ve Got A Friend Called Emily Ferris. She’s since added seven other artists and bands to her ranks, producing Fraser A. Gorman’s debut album, Slow Gum; Jen Cloher’s third studio album, In Blood Memory, for which Barnett provided lead guitar; and taking care of Dyson Stringer Cloher, East Brunswick All Girls Choir, The Finks, Ouch My Face and Royston Vasie. Not too shabby.

Just in case you were a record company sniffing around Byron Bay’s new fav, Skegss, tough luck: they’ve already been snapped up by none other than their mates Dune Rats, under their record label, Ratbag Records. So far they’ve brought us a single, Fun, and we’re all eagerly anticipating the imminent arrival of their debut EP, 50 Push Ups For A Dollar, so hurry up already.

Nick Zammuto (formally of The Books) was the inspiration for Gotye and longtime collaborator Tim Shiel’s creation of Spirit Level, with the indie rocker coming to the duo’s attention when he played support for Gotye’s tour back in 2012. They made good on their word, putting out Zammuto’s album Anchor, and although there are no definitive plans beyond this release, if there’s another local artist that tickles their eardrums like Zammuto did, it’s unlikely the pair will be able to keep their paws off.

Swirl Records began with a three-track EP, Some Songs Demo, from Explain Orange, back in April of this year. Since then, the label’s founders, SIAMESE, have been all go on getting out their own stuff, releasing their own seven-track debut LP Lazybones, Spaceways And The Most Unfortunate Star, in June and following it up less than a month later with another single, Drainer. But then, rather than kick back, they gave us Lust’s self-titled album. Busy times, and we’re sure a sign of more to come.

Trait Records may be brand spanking new, but their makers, High Tension aren’t wasting any time. Rather than limiting themselves to a genre, they’re after artists that excel at what they do; the underlying trait being ‘legacy, not landfill’. They’ve already added Armour Group, Burlap, Drohtnung, Elisabeth Dixon, Making, Snowman and Tanned Christ to the famalam, with pending LP releases.