It’s no surprise that David Bowie was incredibly well-read, but this list of his top 100 favourite books of all time is further proof of the Thin White Duke’s undying genius.

David Bowie Is, the travelling David Bowie exhibition that ran from 2013 to 2018 and featured over 300 pieces of his clothing, instruments, handwritten lyrics, diaries and drawings. 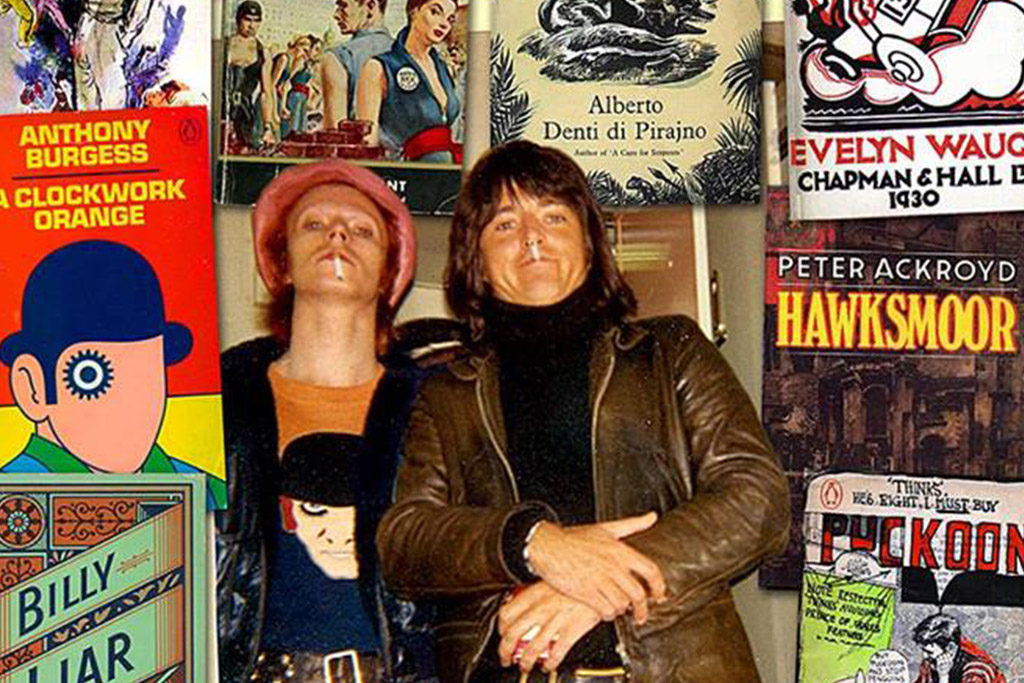 Amongst the exhibition was a selection of books that made their way into the final 300 items being shown, a number whittled down from some 70,000 personal effects owned by Bowie.

Curators of the exhibition Geoffrey Marsh and Victoria Broackes, felt it was important to include these books in the exhibition, describing Bowie as a “voracious reader” who is said to have read as much as “a book a day”.

Not only this, but Marsh and Broackes also released a list of the Thin White Duke’s favourite 100 books of all time. Ranging from works by Homer from as far back as 800 BC to modern masterpieces like Susan Jacoby’s The Age of American Unreason, music biopics and comics, the list shows an incredible breadth of topics and genres and is further testament to Bowie’s undying genius.

You can read more info on the exhibition here. Check out the list below!

Interviews With Francis Bacon by David Sylvester
Billy Liar by Keith Waterhouse
Room At The Top by John Braine
On Having No Head by Douglass Harding
Kafka Was The Rage by Anatole Broyard
A Clockwork Orange by Anthony Burgess
City Of Night by John Rechy
The Brief Wondrous Life Of Oscar Wao by Junot Diaz
Madame Bovary by Gustave Flaubert
Iliad by Homer
As I Lay Dying by William Faulkner
Tadanori Yokoo by Tadanori Yokoo
Berlin Alexanderplatz by Alfred Döblin
Inside The Whale And Other Essays by George Orwell
Mr. Norris Changes Trains by Christopher Isherwood
Halls Dictionary Of Subjects And Symbols In Art by James A. Hall
David Bomberg by Richard Cork
Blast by Wyndham Lewis
Passing by Nella Larson
Beyond The Brillo Box by Arthur C. Danto
The Origin Of Consciousness In The Breakdown Of The Bicameral Mind by Julian Jaynes
In Bluebeard’s Castle by George Steiner
Hawksmoor by Peter Ackroyd
The Divided Self by R. D. Laing
The Stranger by Albert Camus
Infants Of The Spring by Wallace Thurman
The Quest For Christa T by Christa Wolf
The Songlines by Bruce Chatwin
Nights At The Circus by Angela Carter
The Master And Margarita by Mikhail Bulgakov
The Prime Of Miss Jean Brodieby Muriel Spark
Lolita by Vladimir Nabokov
Herzog by Saul Bellow
Puckoon by Spike Milligan
Black Boy by Richard Wright
The Great Gatsby by F. Scott Fitzgerald
The Sailor Who Fell From Grace With The Sea by Yukio Mishima
Darkness At Noon by Arthur Koestler
The Waste Land by T.S. Elliot
McTeague by Frank Norris
Money by Martin Amis
The Outsider by Colin Wilson
Strange People by Frank Edwards
English Journey by J.B. Priestley
A Confederacy Of Dunces by John Kennedy Toole
The Day Of The Locust by Nathanael West
1984 by George Orwell
The Life And Times Of Little Richard by Charles White
Awopbopaloobop Alopbamboom: The Golden Age of Rock by Nik Cohn
Mystery Train by Greil Marcus
Beano (comic, ’50s)
Raw (comic, ’80s)
White Noise by Don DeLillo
Sweet Soul Music: Rhythm And Blues And The Southern Dream Of Freedom by Peter Guralnick
Silence: Lectures And Writing by John Cage
Writers At Work: The Paris Review Interviews edited by Malcolm Cowley
The Sound Of The City: The Rise Of Rock And Roll by Charlie Gillete
Octobriana And The Russian Underground by Peter Sadecky
The Street by Ann Petry
Wonder Boys by Michael Chabon
Last Exit To Brooklyn By Hubert Selby, Jr.
A People’s History Of The United States by Howard Zinn
The Age Of American Unreason by Susan Jacoby
Metropolitan Life by Fran Lebowitz
The Coast Of Utopia by Tom Stoppard
The Bridge by Hart Crane
All The Emperor’s Horses by David Kidd
Fingersmith by Sarah Waters
Earthly Powers by Anthony Burgess
The 42nd Parallel by John Dos Passos
Tales Of Beatnik Glory by Ed Saunders
The Bird Artist by Howard Norman
Nowhere To Run The Story Of Soul Music by Gerri Hirshey
Before The Deluge by Otto Friedrich
Sexual Personae: Art And Decadence From Nefertiti To Emily Dickinson by Camille Paglia
The American Way Of Death by Jessica Mitford
In Cold Blood by Truman Capote
Lady Chatterly’s Lover by D.H. Lawrence
Teenage by Jon Savage
Vile Bodies by Evelyn Waugh
The Hidden Persuaders by Vance Packard
The Fire Next Time by James Baldwin
Viz (comic, early ’80s)
Private Eye (satirical magazine, ’60s – ’80s)
Selected Poems by Frank O’Hara
The Trial Of Henry Kissinger by Christopher Hitchens
Flaubert’s Parrot by Julian Barnes
Maldodor by Comte de Lautréamont
On The Road by Jack Kerouac
Mr. Wilson’s Cabinet of Wonders by Lawrence Weschler
Zanoni by Edward Bulwer-Lytton
Transcendental Magic, Its Doctine and Ritual by Eliphas Lévi
The Gnostic Gospels by Elaine Pagels
The Leopard by Giusseppe Di Lampedusa
Inferno by Dante Alighieri
A Grave For A Dolphin by Alberto Denti di Pirajno
The Insult by Rupert Thomson
In Between The Sheets by Ian McEwan
A People’s Tragedy by Orlando Figes
Journey Into The Whirlwind by Eugenia Ginzburg