Stemming from a chance encounter as a kid, Tim Ritchie has built a legacy in radio that few can rival. With a wealth of wisdom and insight, he dives into the ins and outs of getting your start in radio and, of course, the secrets of life. During my professional career I’ve had exposure to the three types of radio in Australia – public radio (the ABC), community radio and commercial radio. I’ve seen the skills needed for all three change, and the recruitment practises change for them all as well.

So what can I tell you about how to get a career in radio… and should you even want one? Isn’t that old medium dead or at least dying? Not at all! More Australians are listening to more audio made in a studio than ever before. Some of it is live radio, some is live streamed radio, or on demand streams and of course there are podcasts.

Now the thing about working in radio is that it automatically gives your audio content more credibility than audio made in a bedroom – and that’s not a comment on the qualities of any production process, but rather, there is a perception that more checks are in place for content coming through community, public or commercial outlets.

While the types of audio that are made have changed significantly in the 4 decades I’ve been involved there is a growing demand for ongoing work from unpaid to highly paid, and there is most certainly a future in making it.

Expensive radio dramas were once made by both commercial and public broadcasters, but with production costs and budgets changing and listening habits evolving, that seems to be more a style from the past (although there are some great productions coming out of the community sector). Music production for bands and solo musicians used to be the place to have a great career, less so now. And the playing field will continue to change. So what do you need to know to get a career.

Read the full piece from Tim in issue # 2 of Happy Mag, which out now featuring DMA’s on the cover, interviews with SPOD and Sean Caskey (Last Dinosaurs), plus features on Jason Galea and heaps more. Subscribe here.

Check out some snaps from our massive launch party here. 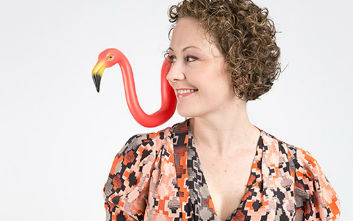