Tkay Maidza – born Takudzwa Victoria Rose – stomped her way into our eardrums at the age of 17 with her debut track Brontosaurus, and three years later she dropped her debut album, taking her all over the world. And she’s never looked back.

After a couple of years away, Maidza is gearing up to release her new EP Last Year Was Weird Vol 1. on August 31, showcasing a more mature sound. But at age 21, how mature can Maidza really be? We caught up with the woman herself at Young Henrys to talk about being young, the world hip-hop scene, and how all she wants is to be a hood princess.

We sat down with Tkay Maidza as she preps the release of Last Year Was Weird Vol. 1 – her long-awaited new EP – to chat her writing style, her empire and becoming a hood princess.

HAPPY: Something that boggles my mind is that you released Brontosaurus when you were 17. Was it hard to be thrown into that level of fame at that age?

TKAY: Not really because I didn’t really know the magnitude of it. I was just taking everything as it came, there weren’t really any issues or anything. When I had press to do it was like “cool, I’ll go do that”, because I was in university. It was fun to just have something else to do that I really liked to do. I was never like “wow, this is a lot” because I didn’t know what a lot was.

HAPPY: What were your parents’ reactions when you said you wanted to go into music?

TKAY: Initially they didn’t want me to do it, because if you don’t have a label and all that stuff it can be really unstable, so they weren’t just going to let me go out into the world and just do music because I didn’t really have a full on plan and they didn’t think I had a full on plan. Initially they were like “no you can’t do that”, but when I signed the deal and I started touring a lot and they weren’t helping me with anything, they weren’t paying for anything, I had my own management and I had people basically working for me, they were like “you can just do it for now – if it’s not that good, you have to go back”. HAPPY: Have they accepted that it’s going pretty well?

TKAY: Well it’s been five years, so I’m sure they can accept it now that I’m not just off doing some random thing.

HAPPY: You’ve toured a lot since the first album was dropped – was there any particular music scene of hip-hop scene you came across whole touring that inspired the new music?

TKAY: Yeah – trap music, when you go to America, is big. Hip-hop in general is big and I think it’s super universal, it doesn’t really matter where you are. You go to London and there’s a club that playing all the music that you listen to and everyone there is similar to you and you actually get to see the acts you dream of seeing because they’re local there. If you go to L.A, there’s always something on every weekend and that’s their culture. I think because I’ve spent so much time overseas, I’m becoming that, it’s becoming part of me.

HAPPY: How do you feel Australia’s hip-hop scene stacks up against others?

TKAY: It’s growing, there’s definitely the scene of people who make that international sounding stuff, so it’s definitely growing. But it’s just a time thing and numbers. Eventually it’ll catch on for sure, I feel like we’re on our way. There’s a lot of people doing things that stand up on the world scale.

HAPPY: You’re probably sick of explaining this, but where were you born and where did you go before you landed in Adelaide?

TKAY: I was born in Zimbabwe in a small town called Karoi, then I moved to Perth. I lived in Perth for six months, then we moved to Kalgoorlie which is 600km from Perth, lived there for like six years. Then from Kalgoorlie we moved to Whyalla, and then from Whyalla to Adelaide.

HAPPY: How old were you when you got to Adelaide?

TKAY: Adelaide I would have been 15. In Adelaide I went to two high schools – Henley High School for a year, and for my last two years I went to St. Michaels. So even when I was in a town, I was still moving around. Even when I was settled I wasn’t settled. 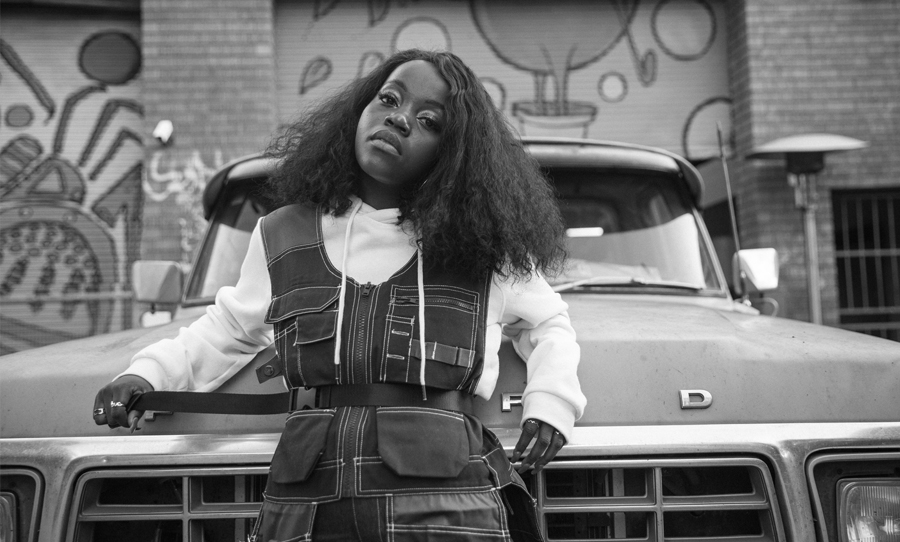 HAPPY: Is it right that you kept the writing process of this EP a secret?

TKAY: Yeah, for sure.

TKAY: Because I didn’t know when it would be done and I just wanted to make it right. I was just making so much music, and everything was so different, I wanted to make sure that when it was ready it was exactly what it is. If I said “Cool, I’m making an EP” a year ago, then I feel like there’s be a lot of people saying “when’s this EP coming?” I never want to promise something if even I don’t know when it’s coming.

HAPPY: Was it hard to keep it a secret?

TKAY: Not really, I was just in the studio. Everyone I would see was when I was working, I wasn’t going to any events or being public. I was touring at that time and I had random shows here and there so I was still active, but then no one knew what else I was doing. I guess I had the Mistakes track with Basenji and I had another song Bomb Bomb with Danny L Harle, little random things happening which was great. But I never tell people what I’m doing until it’s definite.

HAPPY: Where did you record it?

TKAY: A lot of the songs were written in LA, Flexin’ was made in New York, and then the EP was finished in Adelaide because my Visa had run out, so I couldn’t go to America to finish it, so I just had the producer, Dan Farmer, come over and put everything together with me.

HAPPY: Let’s talk about Flexin’ – it seems to be a song about being yourself in a totally fearless way. What’s the story behind that song?

TKAY: It’s almost like there is no story. Everything I say in that song, every word is so clear, it just is what it is. When I wrote it, I thought every line has to be ridiculous. Like, “regular regular, you’re just a regular” – it’s just straight to the point, so I think it was just like “what else can I say that’s really ridiculous but big-upping myself”. The song didn’t take that long to make, I was just having a lot of fun in the moment. Brontosaurus was the same, I wrote that so quick, and Carry On was like that as well, and I feel like those songs are similar characters. Although they sound different they’re that annoying little girl who wants to be heard. The way it was made was I went out the night before, I didn’t sleep because it was the most fun I’d had in ages, and I was still buzzing off it. I just thought “let’s do something fun, let’s make something fun”, so we made it super quick. It was one of those moments where you just don’t think about it and then you’re on the other side and you think “oh, there’s a song there that we can use”.

HAPPY: When you’re writing, what usually comes first – the beats or the lyrics?

TKAY: It depends what producer you work with. There’s a track called White Rose, I wrote basically the whole vocal. I was listening to another song and I somehow thought of my own lyrics and melody from that, and then I took it to a producer and said “I have this idea, I feel it could be really cool if you know how to produce around it”. So I recorded the vocal to a tempo and he was playing chords around what I was singing and then he proud around the track.

And then Flexin’ was just a beat, and Big Things was also like that. I wrote to some chords I had in my head and then I had my dad put a bassline on the song, and that gave the reggae vibe, and Dan produced it from there and gave it its trap-reggae life. So there’s not one way but there’s some songs in this project where I started it from scratch and gave it to someone to build up and I’m lucky they were able to finish it for me.

HAPPY: The chorus for Big Things kind of feels like a mantra for the whole EP – “Big things come and they go away/ take it as it comes”. Is that about being in the music industry, or just about life in general?

TKAY: For me, that song’s more about manifesting. If you manifest bad things, they come. If you manifest good things, they come but you have to make the most of it because they disappear. That song was more me being like “if something’s given to me, I have to take it, I shouldn’t question it”. The second half of the chorus is like “Big things come we don’t shy away/ take it as it comes” – I’ve gone through a lot of things where you’re like “should I really be doing this? Do I deserve to do this?” Sometimes you question a lot of things so it’s about seizing the moment and keeping that good energy.

HAPPY: One of my friends is a massive fan and she wanted me to ask you how you made the jump into fashion and why.

TKAY: I’ve always been obsessed with fashion. Growing up, every girl wants to be a princess, but for some reason I want to be a hood princess [laughs]. I’ve been drawing my whole life, I love art, so I think it’s just in me to always express myself in some way and fashion is a huge way. You always look at Rihanna and Naomi Campbell, so many amazing figures, and you’re like “what makes them so great?” They have their own sense, you can see who they are from what they wear. For me, it’s a challenge because everyone sees themselves in a certain way. It’s a challenge to have an idea and then embody it. In fashion you’re allowed to embody whatever you want to be and, for me, it’s hood princess. That challenge of doing hood but also looking like you can still go out whilst wearing sneakers. It’s about finding that balance. I want to step it up – make my own designs, make my own clothing – because everyone I look up to, they do that. I wanna have an empire.

Last Year Was Weird Vol. 1 is out August 31st via Dew Process/UMA.