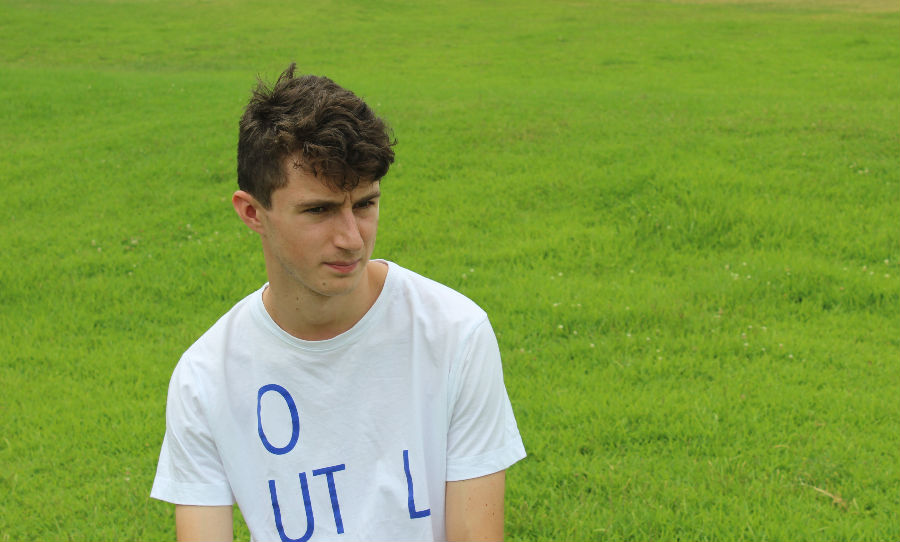 With the release of his latest album Be Someone Else, Sydney-based producer Keonico (real name Lachlan Stevens) quickly became one of our favourite young Aussie artists making the rounds.

So it only made sense that we’d hit Lachlan up for a list of other young Aussie artists that he thinks you should definitely check out. Yasmine, unlike other musicians, has a very cool approach to music, in that she switches genres with each of her releases. Her last album Chiaroscuro was very rock influenced, whilst her most recent EP flâner (my personal favourite) took on a more stripped back folk style.

I find this awesome to hear as a listener because it makes her music both unpredictable and exciting! Yasmine also has this absolutely amazing voice, which is like a mix between Adrianne Lenker and Jorja Smith. It’s so beautiful and soothing… If you’re a fan of Big Thief or Sufjan Stevens, I’d highly recommend you give Yasmine a listen. I remember hearing Jack back in 2017 when he dropped his Tokyo Twilight EP. It featured this song called ‘Bonsai’ which had the same sample as a Flume song (Numb & Getting Colder) and I thought that was pretty cool so I started listening to more of his music.

Jack’s music takes on quite a minimalistic approach to electronic production. It’s never really in your face, whilst it’s also very intricate and layered. What I love about his music is how well he balances both the subtleties in a song as well as its lead elements. It’s super clever, and arguably makes his music a real stand out amongst others.

If you’re a fan of Golden Vessel, Bonobo or Akurei, I’d highly recommend you check Tokyo Twilight out. At the age of 16, Zion has already achieved so much with his music. Not only did he drop this absolutely spectacular album last year called PLASTIC WOMAN, but he’s also been doing amazing work behind the scenes, helping artists like Rebecca Hatch and Peach Body with their music!

I was lucky enough to interview Zion last year when his album came out, and it gave me the opportunity to learn so much about himself and his music. You can tell just by listening to any of his songs how passionate he is with what he does. It’s the reason his music resonates with so many people around the world!

If you’re a fan of Kendrick Lamar, Mac Miller or hip-hop in general, I’d highly recommend you check Zion out! The fourth artist I’d like to share is psych mastermind Hypervyne. Taking Aussie beach vibes to a whole new level, Hugh creates these amazing musical soundscapes all in the space of
his Silverdale home studio. Incorporating thick electric guitar hooks and breezy reverbed vocal lines, Hugh’s music is made to feel alive and present.

It’s the kind of music you could imagine yourself listening to on the beach one summer’s afternoon. It takes you on this wild psychedelic journey, that is super cool to hear as a listener.

Hugh’s debut-album, Simulation, takes a lot of influence from Tame Impala’s Lonerism and Innerspeaker. So, if you’re a fan of Tame Impala, or any of Radiohead’s records, I’d definitely recommend you check Hypervyne out. I first heard the guys back in 2017 when they dropped their awesome track You Didn’t Know on triple j Unearthed. Their page had maybe 20 or so likes at that stage. Move forward one year and they are signed to Future Classic, supporting Amy Shark on a national tour, receiving airplay all around the country and generating over 2 million plays on Spotify!

Erthlings, without a doubt, had a massive year last year, and it all started with their killer single Bridges. An exceptionally well-written tune, the song ‘re-introduced’ the world to this talented group of four.

This single was then followed up with their Hayden James inspired tune Cuts & Bruises (produced by Doug Wright from Fishing), which proved once again that they were a force to be reckoned with.

If you’re a fan of Clairo or Cub Sport, I’d definitely recommend you check Erthlings out!

There are a heap of other artists I’d like to mention as well including: Hannah Schmidli, WILDLYF, Spilt Milk, Frantik Krantik, DVNA, COLU, boler mani, BEAKIN, June the Eleventh, Borderland State, Peach Body, SPREE, Xander Holmes and so many more!

Head over to my triple j Unearthed account under ‘Lochie Stevens’ to hear what I’m listening to at the moment. Keonico chats his incredible new album Be Someone Else PREMIERE: Keonico's skilfully curated Be Someone Else will appeal to fans of every genre