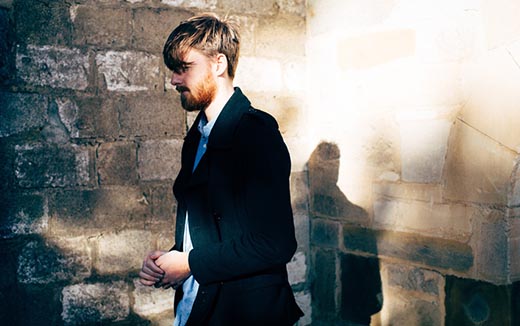 “Hold me closer, hold me like this. Hold me in the dead of night”. Will Cuming you’ve done it again. That endearing voice, those brooding bass lines, the impeccably joyous synths. The tranquil nature of LANKS is undeniable and he’s managed to pull another rabbit from the hat with the premiere of his new clip for Hold Me Closer. Your nights won’t feel too cold or lonely with the lush production of LANKS to keep you warm. His self produced clip for Hold Me Closer is killer!

It’s hard to talk about LANKS without saying something that hasn’t already been said. For the sake of saying something different I could say he’s shit, but that’s just an outright lie. The dude just oozes talent and thankfully he knows exactly what to do with it. His debut EP Thousand Piece Puzzle was friggin stellar and he continues to do so on his latest single Hold Me Closer. To peg LANKS as simply an electronic musician would be to do Will a disservice. Yes electronic music is his domain but he doesn’t waste the opportunity explore every nook and cranny of such a diverse field.

The swirling synth parts are minuscule at first, hiding behind those gorgeous guitar parts. Once Hold Me Closer kicks into gear they take off managing to add another delectable layer to the song in the final chorus. The simple beats and those aforementioned brooding bass parts play off against Will’s tender vocals to create an enjoyably dynamic track. The sparse opening of the vocals backed by a single beat suitably sets the scene for the emotional journey.

Granted if you haven’t already skipped past my fan-boying in the above paragraphs lets talk about the video for Hold Me Closer. The clip was produced single handedly by Will and the end result comes from several hours of a man entertaining himself in his house with a video camera and projector. The video is starkly simple and quite intimate which is fitting given the lovelorn nature of the song. The fact that he filmed it in his own house adds another dimension to it, the loneliness of him standing in the half lit room not quite sure what to do with himself in solitude is very effective. There are plenty of shots of projector footage of Will imposed on himself (LANK-ception?) creepy trees and shadow puppet spirit fingers thrown in for good measure. Without giving too much away it’s clear that the same amount of detail and passion poured into his music is applied here.

LANKS will be playing his Hold Me Closer launch show on Friday 3 April at Whole Lotta Love in Melbourne and you can get your tickets here. For the rest of Australia LANKS will be on tour with Thief kicking off tomorrow. Hopefully He’ll bring his projector along. Tickets for those shows are here. Could this EP be perfect? With bottomless versatility and flawless composition, Viet Rose is easily LANKS' best work to date The Sophomore EP from LANKS Banquet is stunning