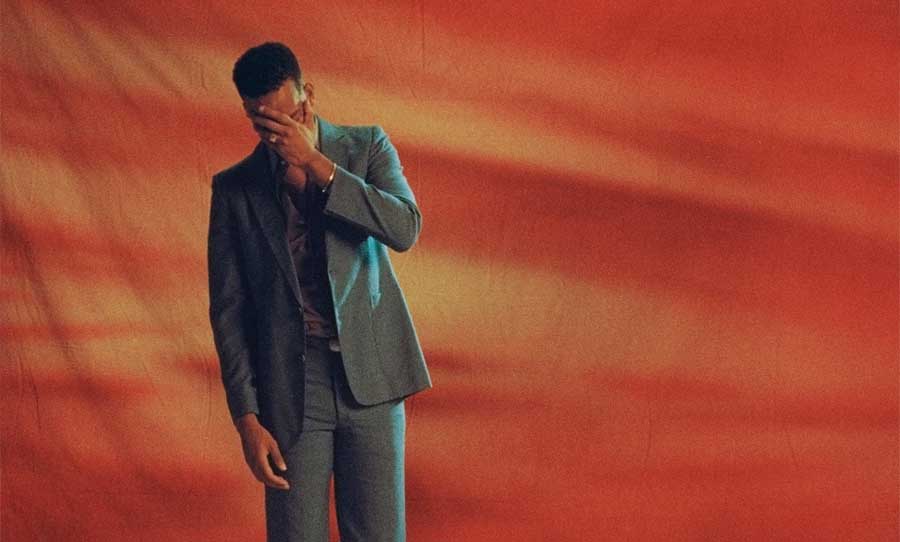 Berhana’s debut album HAN is as slick as they come; a record stacked end to end with breezy melodies and breakdowns that feel so damn easy it’s almost criminal.

Yet it’s more than that. HAN exists within a nostalgic dreamworld, a flight to nowhere and everywhere. Though the definitive concept exists solely within Berhana’s mind, we caught up to extract what we could about this truly blissful LP.

Welcome aboard HAN, the sky-high debut record from American artist Berhana. Your flight may hit pockets of funk, electronica, and straight-out escapist fantasy.

HAPPY: So what is HAN? A flight? A place?

BERHANA: I think why I called it HAN, it’s slick, I thought it looked cool. The three letters also happen to be in the middle of my name. But yeah, I wanted to create a kind of world, either an airline or something taking you to space. Whatever it is, it’s a vehicle that’s transporting you to a completely different space.

HAPPY: That’s cool. Are there any other concept albums you grew up on which influenced the idea?

BERHANA: I think Midnight Marauders is a great example, The Love Below is one of my favourite albums as well. Pink Floyd… it’s a fairly long list. But concept albums to me have always been my favourite.

HAPPY: You’ve also been releasing these vignettes ahead of the album which seem to not be as related to the whole flight or spaceflight…

BERHANA: You don’t think they relate at all?

HAPPY: Well, what part do they play in the picture?

BERHANA: For me they’re all part of the same world; they’re things that you may see on this transit going to wherever. Whether it’s something that would be playing on the screen or something you see before you even get on, like a commercial. I think they really give it a time.

HAPPY: You’ve been described as someone who’s a perfectionist or someone who likes to take things slow. Do you think people are seeing that as a positive or negative trait these days?

BERHANA: I guess these days people like to push things out super fast. I wouldn’t say people think it’s a negative trait, but I would say I don’t fall into the majority.

HAPPY: I think the music industry especially is caught up in constant attention now; if you’re not releasing a record then you’re touring, or you’ve got to be in a Gucci ad. You’ve always got to be working on the next thing. How do you balance the expectations of others and your own desire to take your time?

BERHANA: I just take my time! It’s kind of what I guess I’m doing. I choose to take my time.

HAPPY: Did your time as a Japanese chef help create that attitude?

BERHANA: I guess it did. I guess working in a place that you don’t necessarily want to be in for 40 hours a week, you can lose sight of what’s important, you know? I kept having to wait, to be patient.

HAPPY: As a result of having no spare time?

BERHANA: Time and resources, you know. It’s not necessarily the easiest if you don’t have money to make an album, to be honest.

HAPPY: You mentioned Pink Floyd earlier. Would you describe the music that you make as psychedelic?

BERHANA: I don’t know about… I don’t think I’d ever call my things psychedelic. The first thing I’d say if someone was to ask me, I would tell them to listen to the music. I think it’s way easier for someone to figure out what they want to call it than it is for me.

HAPPY: That’s fair – I sort of see the psychedelic thing as less of a genre and more of a broader idea. I don’t think something needs to be psychedelic rock to be psychedelic. I think it’s about escapism and the idea that music should take you somewhere else.

BERHANA: Absolutely. In that case absolutely. I think escapism is one of the themes that I rely on a lot.

HAPPY: Is that what you look for in other artists’ music you listen to?

HAPPY: I’ve heard the album and I think my favourite track was G2g, for a couple of reasons…

BERHANA: That’s my favourite one too.

HAPPY: Oh sick. What did you start with, how did that one come together?

BERHANA: That song, believe it or not, kind of started out as a joke. I was working in the house and we had a lot of musicians there, and me, Danny McKin and Pomo – the producer Pomo – were just jamming. And then we wrote the hook super fast, I wrote the verse right after that in maybe 10, 15 minutes and we were like ‘woah, what just happened?’ I’d already known I wanted a song that has these parts, structurally, like a crazy drum and bass section, something that was way softer, then before that it was hard too, so when we hard that section down I was like ‘oh, this is the song. This is the one where we get to implement that idea.’ And then we did.

HAPPY: Mad, now that you say it, it does sound like something that came out of a crazy jam. When you’re just letting everything through.

BERHANA: Totally, that was really fun. That was one of the most fun songs I’ve ever made.

HAPPY: I want to wrap by asking if there’s any plans to come to Australia soon?

BERHANA: There’s nothing set in stone but I’d like to get out there 2020, for sure.

HAPPY: Sounds awesome, thanks for the chat.

HAN is out now. 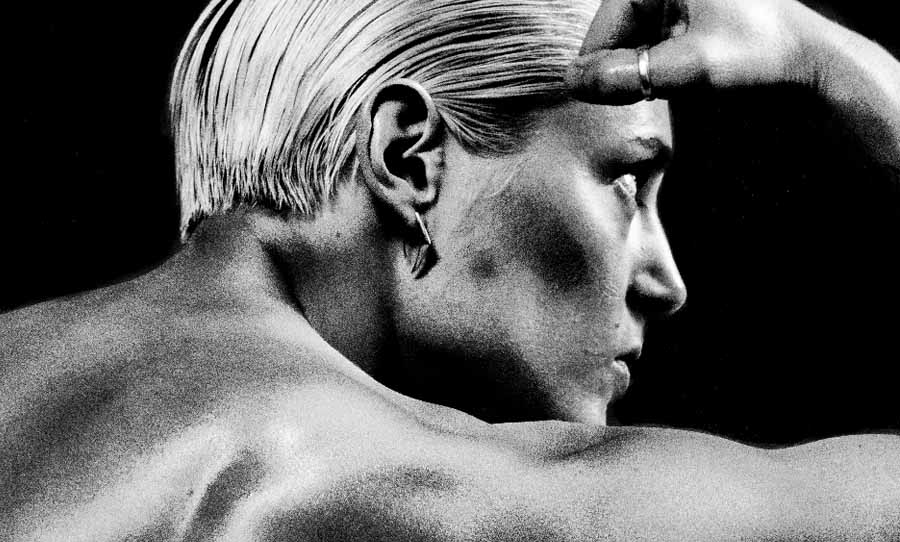