Finnish photographer JP Metsavainio has shared an incredible photo of the Milky Way which took 12 years to capture.

Since 2009, Finnish astrophotographer JP Metsavainio has been working to create the most incredible image of the Milky Way, bound to give you goosebumps. The size of the picture is a massive 100,000 pixels wide and is composed of 234 individual mosaic panels stitched together.

The photograph has captured the entire Milky Way galaxy, including 20 million stars. The image in its entirety can be viewed here.

“It took nearly twelve years to collect enough data for this high-resolution gigapixel class mosaic image of the Milky Way. The total exposure time used is around 1250 hours between 2009 and 2021,” the photographer explained.

Understandably, the full image took so long to complete because of the size of the full photograph. The part of the sky captured includes the California Nebula, which can be seen in the bottom left of the image Metsavainio captured. The nebula is located around 1,000 light years from Earth and because of its low surface brightness, it is extremely difficult to observe.

The total exposure time during the 12-year period was around 1,250 hours. To create the image, Metsavainio explained that he used several different configurations over the years.

In simpler words, a lot of fancy gadgets were used to produce the final image.

Wonderful work, revealing how hard it is for human beings to grasp the nature of reality. This is just a picture: imagine it’s a video of 500 million years. It’s just a galaxy: imagine it’s clusters, complexes, supercomplexes. When you see them rotate, you’ll see ultimate reality

Following the collection of the mosaic panels, it was time to piece everything together – which is not as easy as it sounds. Working with Photoshop, the astrophotographer had to overlay each image, matching individual stars together in a very lengthy process. Minor tweaks had to be made between each frame to match the colour balance between the images. Interestingly enough, “the hues in each photo represent emissions from ionised elements: Hydrogen is shown in green, oxygen in blue, and sulfur in red”, according to The Sun.

Looking at this image, and seeing the scale of how huge the Milky Way is, really has us thinking about how many other forms of life are in this picture that have not yet been discovered. Anything is possible on a scale this incomprehensible.

JP Metsavainio works from his own observatory in Finland and has published a blog online that explains a very detailed process of his work. Anyone interested in learning more about his work, or seeing individual shots during the process of creating his finished image, can find his blog here. 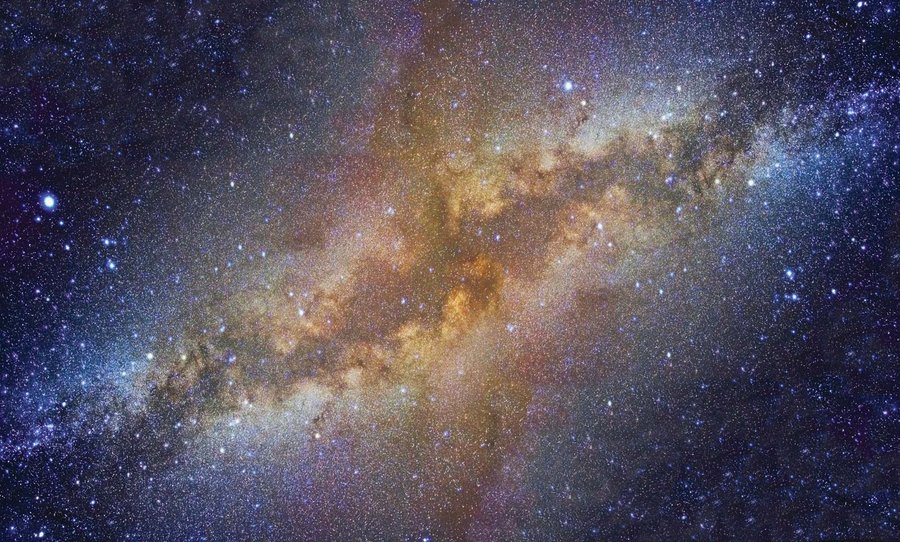 Watch the trailer for the upcoming Neil Young documentary, Mountaintop