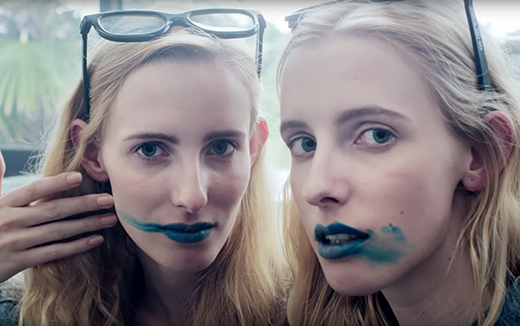 We love a great music video. They give a song a new dynamic identity, and in a realm where a lot of music is consumed on YouTube (or Rage if you’re over 23) the staying power of a band’s video has become more crucial than ever. There have been some bloody good ones this year, like the poetically shot Pareidoila from Urtekk or the ridiculously goofy clip for Jeremy Neale‘s Believe It. And let’s not forget the front-runner for our favourite clip of the year from The Eversons for Emily.

The key to success for each of the above is that they have their concept down pat. So when it came to finding a concept for The Leers‘ clip for I Can’t Cope the guys from directing duo THUNDERLIPS had the concept ready at hand; a satire of videos for indie music that they kept “Loosing awards to“. Nature, literature and babes. With their hilarious take on indie music videos The Leers and THUNDERLIPS give us a fun clip for I Can’t Cope.

The Leers are an alternative rock / pop band who hail from Auckland, the four piece dropping an EP and a handful of singles since forming in 2010. If you’re a fan of bands like Dapples Cities, or just a fan of anything awesome that comes from New Zealand then they are well worth diving into. Meanwhile the THUNDERLIPS crew have been building an impressive video portfolio with their clever concepts and solid production value. As the boys say themselves “It’s been a classic tale of the hapless and handsome heroes learning to stay true to what they love, to trust their guts, and each other’s guts, to put everything on the line for our work with a callous disregard for our own wellbeing“.

The video for I Can’t Cope is a humorous one and as expected of the THUNDERLIPS crew who have worked on Doprah‘s Stranger People and Sheep, Dog & Wolf‘s Glare, it’s a damn good clip as well. It was this reason that The Leers were keen to work with the pair. As Matt Bidois from the band explains “They approached us because they liked the track which was really cool. It was a real shock that they hit us up because we were such huge fans of the work they did with Sheep, Dog & Wolf and Doprah in particular. We loved the concept they pitched to us and even from the first meeting we really got along which just went on to make the whole process that much more easy and fun“.

The clip itself was inspired when the band and THUNDERLIPS met up and came up with 50 scenes one might see in a beautifully shot music video for an indie band, the twist being that the band wouldn’t know what would be in the scene on the day of filming. “It was a weird combination of super stressful and amazingly refreshing” says Bidois. “It meant we weren’t required to act and a lot of the scenes relied on natural reaction and confusion which was really nice. There was a cool atmosphere of honesty around it. It was stressful because we literally had no idea when a bottle of water would be tipped on us or when a wayward twig would be poked up our nose“. For the THUNDERLIPS guys it was just another day at the office, curtly explaining “It was hot and sexy work“.