Brisbane five-piece Dopamine are creating a stir in the local music scene with their distinct sound. It’s indie rock that’ll put your head straight in the clouds.

The five that make up Dopamine – Finley Miller, Luke Gregory, Finn Diggles, Oliver Whitaker and Ruby Lee – met on campus over a year ago and have been creating fun, infectious bangers ever since. Stop what you’re doing and get down to Dopamine, the perfect hit to kick off the keenly awaited Australian summer.

They’re slowing carving a name for themselves all over Brisbane; they’ve been dominating venues and local music festivals city-wide.

Dopamine released their debut EP Outlaw earlier on this year. Their affinity for ’60s surf pop and ’90s alt-rock really shines through, but the band succeed at giving the music their own unique twist.

Ordinary People, Dopamine’s new single, is another ace for the band; its jangly guitars, groovy bass line and rhythm-heavy backline make it the perfect song for a cruisey Queensland summer.

It will make you want to stop whatever you’re doing, grab an ice-cold beer and kick back and relax. It’s the sonic equivalent of a Corona ad.

If you’re a Brisbane local, we urge you to check out their Ordinary People single launch on Oct 25 at Bloodhound Bar in Fortitude Valley. Check out the event info over on the band’s Facebook page.

Ordinary People is out October 23. PREMIERE: Get lost in the dark, soulful ambience of Zac Eichner's Neversink EP 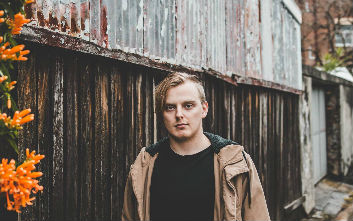