It’s an age old tale that has been told many times. A gallant young knight and his fair maiden fall in love, bound to each other by fate, a bond no power can break. To challenge this union rides in a foul knight, clad in black and seething with ambition, jealousy and lust. The Dark Knight challenges our hero, the maiden’s life hanging delicately in the outcome of this melee. What we see in Fig from Rooms is a bizarrely awesome version of this tale, one that will warrant repeated viewings for time to come. 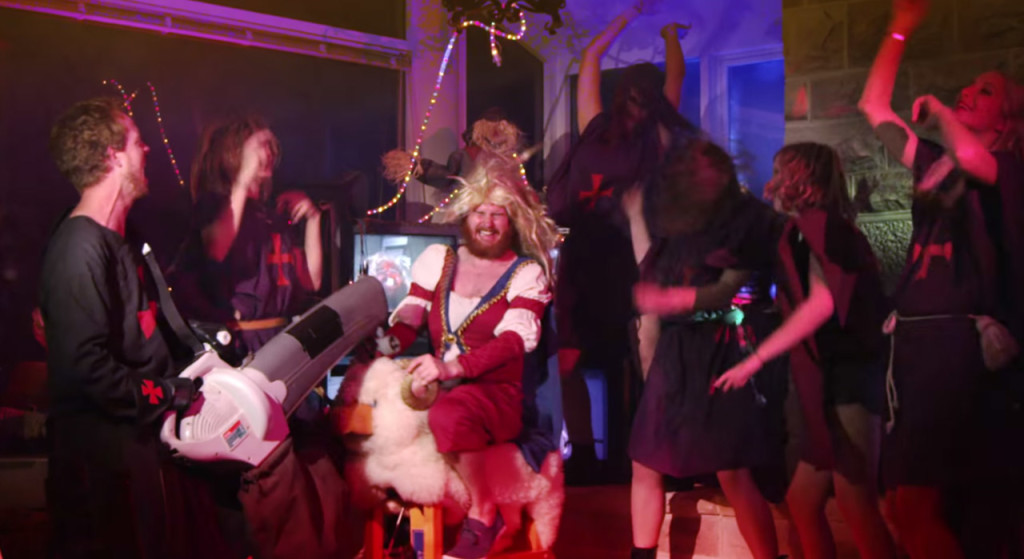 Swords, sorcery and strobe lights. Take a full dive into the surreal medieval world of gallant knights and maidens in Fig from Sydney’s Rooms.

Rooms is an electronic outfit that calls Sydney home, made up of the dynamic duo of Stuart Melvey and Declan O’Doherty. The clip for Fig has been rumoured to be in the works for a couple of years and what we get proves that the wait was definitely worth it. The song itself is an epic electronic number, a crashing wave of synths and drums. It only makes sense that the clip for such a song be as suitably epic. Director Rory Pearson going all out for what is a very fun and entertaining romp.

Melvey plays our gallant hero, O’Doherty is his enamoured, beautiful (?) maiden, the Maid Marion to his Robin of Locksley. The couple embrace in the sunset by the ocean and frolic in the wilderness. Just an average date in the Middle Ages. What ensues is a tale of love, lust, revenge and redemption, Pearson capturing all the insanity with a fine eye for detail. The costumes are on point, while the practical effects and makeup to depict the bloody violence is fantastic. Cut throats and severed limbs are shown off in gory glory.

The Dark Knight’s party scene is the standout. As he takes our fair maiden back to his lair a scene of frivolity unfolds. The DJ spins the tunes as the Dark Knight and his cronies dance, drink and just get a little creepy. Does it matter there is a DJ in our medieval story? Or a strobe light? Or a wall of TVs? Nope. It’s incredibly surreal, the terror of the maiden manifesting itself through these images of drunken self-indulgence.

We won’t spoil the ending for you, but we will say this has definitely been one of our favourite, if not really weird, videos we’ve seen in a while. It’s been marked with a lot of hard work and persistence, not to mention total dedication from the cast and crew, which shows in the clip. This could have easily fallen into the realm of tacky DIY video, but instead is a genuine artistic expression that you won’t be able to stop watching. 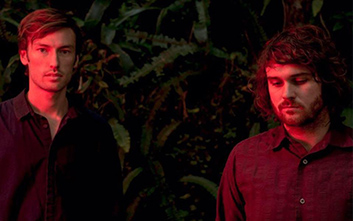