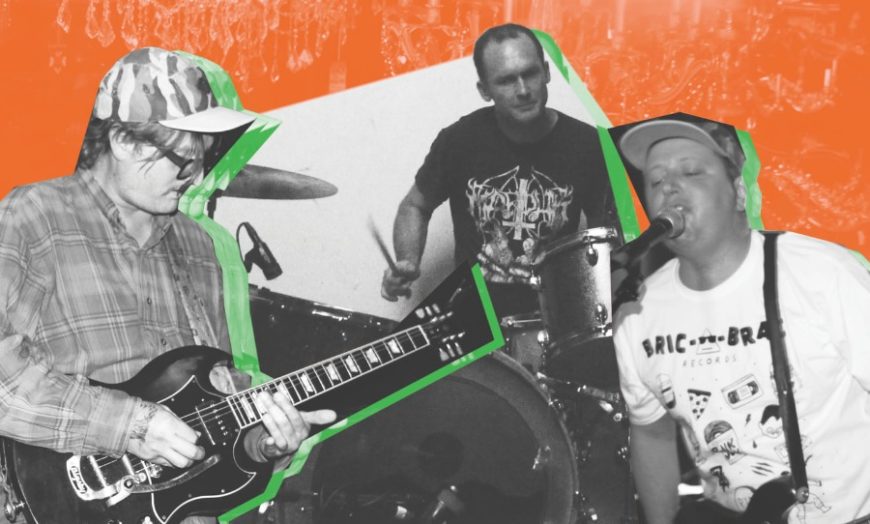 New Zealand trio Swallow the Rat has released a cinematic video for Don’t, ahead of their split 12″ EP with USA punk group, Clone.

Juxtaposed heavily against their raw, garage-punk sound, New Zealand band Swallow The Rat has delivered a sweeping epic of a music video for their single Don’t (directed by Archie Miles Porter and Kaitlin Stewart).

Don’t, a nostalgic and melancholy track is brought to life against a stunning backdrop. Confronting and obsessive in its nature, the video traces the haunting, transformative journey of a solo protagonist. The track itself has been released alongside New York band, Clone’s single Speak,Memory, ahead of the bands’ upcoming joint EP S/T split, out later this month.

Set in an abandoned home, rich with muted tones and faded floral wallpaper, Swallow The Rat’s track blazes through the shadows as the video’s subject sways involuntarily with the rhythm. And like the jarring soundscape, the red lipstick slices through the seemingly idyllic setting.

Don’t feels like the anguish of a fractured mind. Bare feet running through the lonesome shrubbery and the peering of an eye through the cracks of a worn-down home — all while the tones of the band explode.

What Swallow The Rat amplify through Don’t is a jarring conceptualisation of punk-rock with the softness of an isolated melancholy breakdown. The visuals are completely engrossing. As it blends effortlessly with the heavy rhythm, one simply cannot look away.

Check out Swallow The Rat’s masterpiece, Don’t, below: