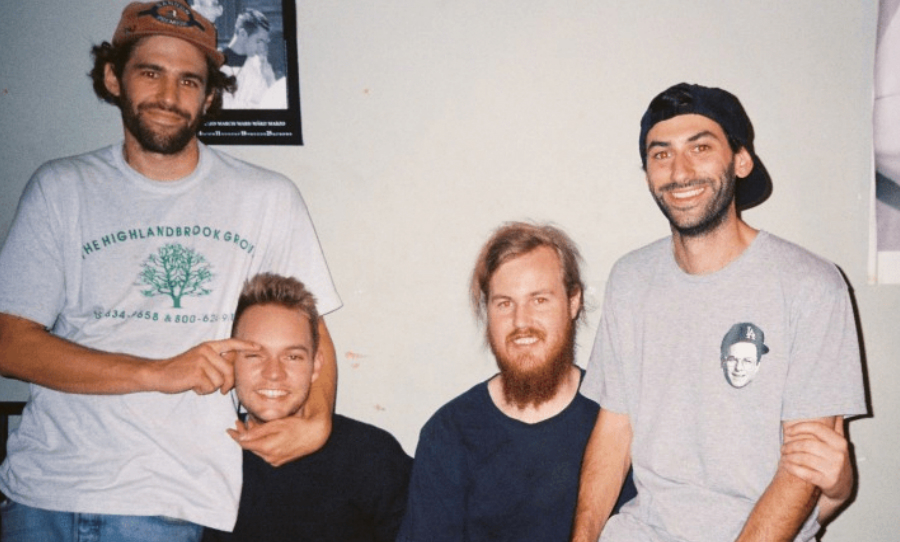 Their last album Soft Rock For The Anxious was one of our favourite Aussie releases of 2016… and we’re chomping at the bit to hear what they deliver next. But before then, the band have shared their new single Hills Hoist to whet our insatiable appetites.

The kind of music you can throw your beer in the air to, and simultaneously have a mild existential crisis to; The Pretty Littles have just shared their endearing new single Hills Hoist.

The new single is a crunching, heartfelt, and distinctly-Australian slice of honest garage-rock… but with a name like Hills Hoist, what did you expect?

It’s brimming with the raw and raucous instrumentation we’ve come to love from the band… while never sacrificing their passionate, unfeigned lyricism and vocal delivery.

Vocalist Jack Parsons explains the new song is about “a helpless old man who feels like he is out of options so he wonders around his house doing really mundane things like looking in the fridge and at old photos.”

“I pictured my Nanna and Grandpas house in Ocean Grove. They were classic Grand Parents with a well stocked lolly jar, custard and diet lemonade in the fridge and draws full of nic nacs to fossick through. It was kinda dark picturing that wonderful house in this setting, but empty houses are always kind of dark. Especially if they used to have more people in it.”

It’s this interesting duality that makes The Pretty Littles’ music so damn endearing; it’s the kind of music you can throw your beer in the air to, and simultaneously have a mild existential crisis to.

Sometimes nostalgia can hurt… revisiting memories of days past can leave a strange feeling in your stomach. But with The Pretty Littles, it’s always going to make for a great listen.

Do yourself a favour and listen to Hills Hoist above.