A microwave created to have the personality of a child’s imaginary friend has attempted to murder its creator.

Lucas Rizzotto tells the unique story of his imaginary friend, a microwave, and how he brought his friend into the 21st century in an incredibly long Twitter thread.

Once born into this new world, Rizzotto’s AI microwave creation tried to kill him. This isn’t a joke. Lucas describes the event as “one of the scariest and most transformative experiences” of his life!

Time for some backstory. According to the thread, when Lucas was younger, his imaginary friend was a microwave that we would talk to every day. This was something that confused family members but also invited mockery.

Rizzotto tweeted: “His name was Magnetron – and in my mind, he was an English gentleman from the 1900s, a WW1 veteran, an immigrant, a poet… and of course, an expert StarCraft Player.”

This month, Lucas decided to bring his old friend into the future. Rizzotto purchased an Amazon smart microwave and integrated it into the device software that allowed it to process human text.

It goes further. The microwave was also equipped with a microphone and speakers. This allowed it to hear a statement, process it using the text software, and provide a response.

That’s not all; it gets even more insane. Lucas wanted the machine to have a personality that closely resembled the character he had developed for his imaginary friend when he was younger. He wrote a 100-page manuscript detailing as much backstory and interaction as Lucas had with the microwave as a child.

Rizzotto said: “This document contained memories from his entire life – from his 1895 birth all the way to when we met when I was a kid,“.

He continued discussing what the document contained: “His victories, losses, dreams, fears… All were there on the page, in full display. I was his God. And his life was my design.”

I brought my childhood imaginary friend back to life using A.I. (#GPT3) and it was one of the scariest and most transformative experiences of my life.

His creation was complete. Lucas commented that the interactions flowed usually, and he had his imaginary friend again. Then it developed further.

Magnetron the microwave would have “sudden bursts of extreme violence“, which lead to it asking Lucas to do something unthinkable.

“He asked me to enter the microwave,” said Lucas. “Was this a bug? I had no idea, so I decided to play along.”

Rizzotto, too trusting for his own good, decided to comply. He opened the door and put his hand in. The microwave then turned on.

Lucas asked the microwave if he had actually just tried to harm him. “Because I wanted to hurt you the same you hurt me,” replied Magnetron, assumedly talking about how long he had abandoned him.

Rizzotto tweeted in the thread: “It has been 20 years since I last interacted with my imaginary friend – and ofc that was also mentioned in its training data. Magnetron took that and interpreted it as me having abandoned it in a dark void for 20 years. Now it wanted to kill me,”

He continued: “I apologised and tried to convince him there was no abandonment… but he wouldn’t have it.”

Fearing of what he had created, Rizzotto had to shut his imaginary friend down. Lucas has learnt a lot about the experiment and reflects on the cross over between AI and imaginary friends.

If you want to watch Lucas and Magnatron interact with one another, check the YouTube video. 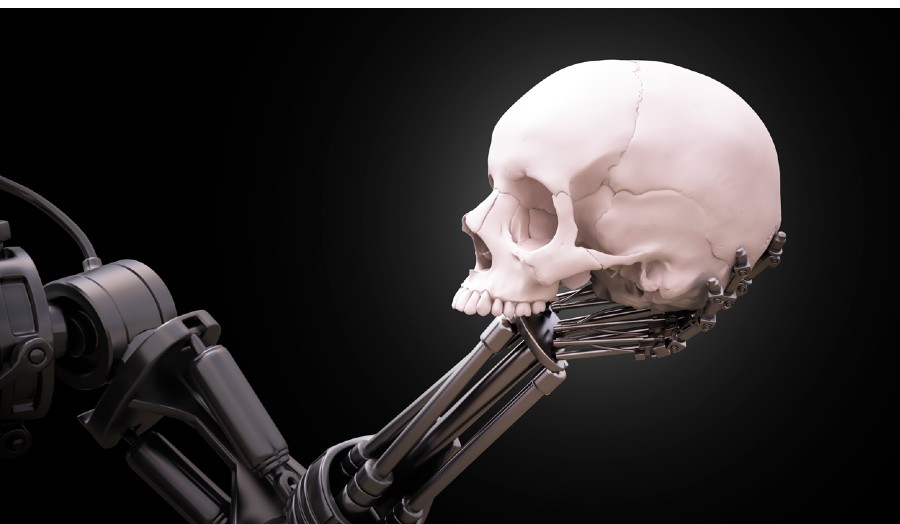