For producer and songwriter Running Touch, everything is about finding the middle ground.

The first memory I have of Running Touch was some time ago, he only had a few songs out. Despite it not exactly being a new idea, I was intrigued by the choice to hide his face. Three years on and he’s exceeded every expectation, selling out tours and earning fans into the tens of thousands.

In that time he’s crafted an aesthetic world around this boundless character, always half obscured but always completely on point. It’s a symbiotic meeting of songcraft, design, and theatre, pulled together by somebody who appears as little more than a faceless puppet master. Maybe that’s what people are attracted to.

When he passed through Sydney during the latest tour, we sat down to chat. In person Running Touch was… well, I wouldn’t give that away. Let’s just say he’s much more willing to discuss his art than his identity. HAPPY: I looked back and Happy interviewed you in September 2016, right when this whole thing was starting out. You said then that being anonymous drew a line in the sand between who the artist is and who you are, do you still feel that way?

RUNNING TOUCH: I think so. It probably matters less now than then, culturally and to me. To not think about it and not promote that I think about it is healthier and easier.

HAPPY: Do you think it made you more or less approachable?

RUNNING TOUCH: I don’t know, I’ve never really thought about it that way. Maybe, I guess so. Now, especially with image and approachability pushed down people’s throats, maybe it’s a good thing that wasn’t the case. But I feel like in Australia in the alternative scene, that’s never really a conscious thing.

HAPPY: Yeah, not to mention there’s an in-built unapproachability about musicians anyway.

RUNNING TOUCH: I think so.

HAPPY: Is there still a plan to do a big reveal eventually? Or have you given up on that idea?

RUNNING TOUCH: Even from the start, from 2016, we’ve definitely been big on letting things unravelling organically. Across the board, you know, holistically. There’s not too much forced effort going into anything and that definitely goes for the image and everything surrounding it.

HAPPY: One more thing before we move on from 2016. The early art really struck me as quite techno, that in turn made me realise that there’s a built-in degree of anonymity in a lot of the DJ/producer world. Do you think artists in that world, whether they mean to or not, are hiding in some way?

RUNNING TOUCH: Absolutely, for sure. If you reverse engineer a lot of musicians’ lives, I think a lot of the expression comes from not being able to express it to another person, so it comes out in lots of different branches and music becomes a prominent one. Then that almost assists where the music ends up and how it’s received, similar I guess to this anonymous project, it doesn’t matter so much who’s doing it, it’s about what it sounds like and what it represents.

HAPPY: There’s this really interesting division for me between two things that people seem to be equally attracted to. There’s artists who are wholly themselves and then there’s artists who are completely different people as an act. I can’t put my finger on why the middle ground isn’t as attractive.

RUNNING TOUCH: That’s such an interesting point, I’ve never thought about it like that. I mean you’re totally right, and I suppose it’s almost as if so many people see someone else doing that, being wholly themselves like Billie Eilish or somebody, they think maybe it’s to do with marketing or something, then they go the completely opposite direction like a Marshmello or something. Where it doesn’t matter who they are. There’s no market share in the middle.

HAPPY: Don’t be boring, I guess. HAPPY: Do you have a background in design at all?

RUNNING TOUCH: No, it’s all self-taught. I mean I love design, but nothing official, no.

HAPPY: Is there somebody you bounce everything off, or more of an internal curation?

RUNNING TOUCH: Yeah, a bit of both. I have a lot of friends in design, and I mean I did design in high school but that doesn’t count. I work very closely with a guy called Travis Kane, he’s kind of my point of contact so we go back and forth with each other, and between me and him that’s how the design happens. All the first point social stuff like video, posts in general, that’s generally all me though. And Shevin, who’s right behind us.

HAPPY: You’ve just done your first overseas dates. What has taking it overseas taught you about the project?

RUNNING TOUCH: I think it’s just given me a really good sense of urgency about music in general, and it’s made me a lot more ambitious. It really gives you a lens that you cannot replicate here, there are first hand influences that you watch on Youtube or whatever, but you really collect yourself when you go over there. So just the ambition, I guess.

RUNNING TOUCH: Yes, in a good way though.

HAPPY: Performing to a crowd of strangers overseas, it doesn’t really matter if you’re someone who hides your face.

HAPPY: Did you enjoy being in that space, on a level playing field?

RUNNING TOUCH: For sure, I think for the first time, well when you go anywhere for the first time, you get to project the self you’ve constructed, you get to make a first impression again which is amazing. I feel like the first time you’re over there you’re kind of the underdog again, you don’t have any expectations, whereas here if you don’t sell out a tour and you’re from Australia, it probably looks industry-wise not fantastic. Whereas over there if you’re an underdog, it doesn’t really matter what you do. Honestly, it’s your first tour and you just do everything in your power to make it good, to make it everything it can be. And there’s nothing beyond that.

HAPPY: Now are these two 2019 singles leading up to an EP or an album? You strike me as someone with a plan.

RUNNING TOUCH: Yeah, I think we’re gonna run singles for as long as it feels natural to run singles. That was a similar case to what led up to the decision to do an album. And I’m not too sure exactly when the album will happen, but I know that at the moment I’m just shadow riding it. HAPPY: You seem very tuned in to momentum.

RUNNING TOUCH: Yeah, I guess. I’m really lucky to have the hands-on team I have and to get the advice I get, so that’s a big part of it.

HAPPY: Do you see the Running Touch project working in distinct phases? Or does that play-it-by-ear idea extend through?

RUNNING TOUCH: I think both, and I think that’s a lot of where good decisions come from. Like the anonymity thing before, you want to find that balance. You said there were those two contrasting things, the approachability thing, you want to find that middle ground with everything. You want things to be serendipitous, but you want things to be concise. Then you make those executive decisions so you gotta find somewhere where you’re in the middle, so I think that’s where maybe I’m on one end of the spectrum, then management and everyone else is on the other, and you kind of compromise. 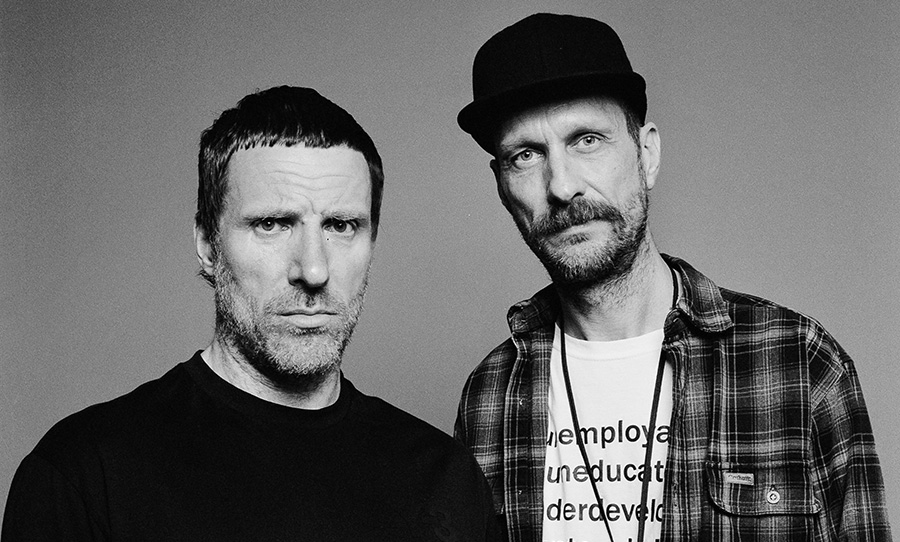