The Colour of Hip-Hop: fighting racism in music
Skip to content
[gtranslate]
DB 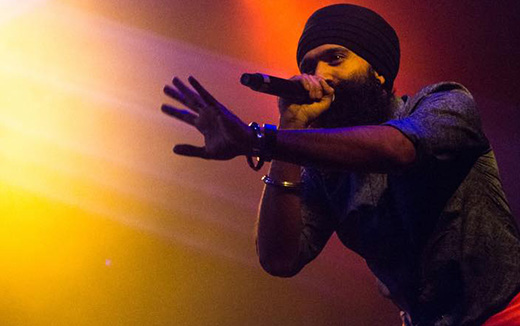 Hip-hop has permeated global culture in an unprecedented way since its inception in the 1970s as an neighbourhood-based cultural practice. Emerging from the ghettos of New York City, specifically the Bronx, hip-hop became the voice for a people who had been ignored for too long. It echoed the conditions African- Americans were living in, and still are, to an extent, and their daily struggles. hip-hop, over time, became the method that people of all religions, cultures, socio-economic classes could speak through; its influence over the masses grew as it took themes, messages and feelings that resonated with a majority of the ignored amongst the lower socioeconomic classes and displayed them on a more global scale. Hip-hop became a voice for the ignored yet the discrimination of people of colour, i.e racism still exists; but it might be a bigger problem than just the media industry or issues with the audience, “Hip-hop as a culture cannot be racist because it goes against the cultural foundations of it. We’re talking about peace, love, unity, having fun with knowledge reigning supreme over everything” said L-Fresh the Lion, a Sydney-born rapper. Hip-hop has grown from a sub-culture to become the dominant form of music today. Yet discrimination still exists. L-Fresh the Lion, True Vibenation and Remi weigh in on the matter of fighting racism in music.

Racism rears its ugly head on a daily basis in Australian society, and it filters down to hip-hop like sand through a sieve. L-Fresh the Lion, a Western Sydney rapper with Sikh roots has been vocalising his thoughts on racism for over five years now, most famously creating a Youtube series called Conversations with L-Fresh which inspired the basis for this article. An ambassador for All Together Now – Australia’s only national charity that exists solely to address racism – he has been working tirelessly in the community to tackle social justice issues. Having released his debut album, One last year, taking Australia by storm with his thought-provoking lyrics, filling a much needed political void in the Australian music industry, L-Fresh was recently signing to lauded label, Elefant Traks. He will be releasing another album at the end of the year, but for now, he has some choice words on the subject.

“It is down to a system that’s been established that perpetuates and allows for those instances of discrimination to occur.” Racism in Australian society exists beyond just hip-hop on so many levels from the job industry to sports to media. It’s affecting everyone from diverse backgrounds but according to L-Fresh, “We aren’t addressing the systems that perpetuate and benefit from racism we’re talking about, we often get caught talking about the symptoms.” There is a significant lack of opportunity for people of colour in Australian hip-hop; just look at any mainstream radio or TV station. The representation of people of colour in Australian media is minimal – the lack of colour in mainstream Australian hip-hop is a significant issue for rappers of colour, specifically Indigenous rappers attempting to get their voice heard in a sea of ignorance against their issues and their people, but as Vuli, one half of True Vibenation said,“I think the one big change that needs to happen in Australian hip-hop is support for Indigenous artists.” Bheki, twin brother of Vuli and the other half of True Vibenation, agreed, “Shit, it’s pretty interesting when we say Australian hip-hop, indigenous artists should spring to mind and when it doesn’t, something needs to change.”

Australian hip-hop is a cacophony of different voices coming together under one umbrella – it isn’t just one singular voice that stands out high above the rest, which according to the media, it might just be. There should be this onus on the media to change people’s minds, to help people of colour grow in Australia and the simplest way is to depict the variety of nationalities that are prominent in Australia. By now, it’s so ingrained in Australian culture to be racist that people don’t even realise how their actions or words are construed. There’s a long way to go, and there’s a certain burden that falls on the public as well to do their research, but at the end of the day, if it’s not part of the collective mentality, the public will end up swallowing whatever is spoon-fed to them by the media.

Nas, arguably the greatest rapper of all time, recently graced Australia with his presence, playing at music festival Sugar Mountain, and performing at side-shows all across the country. In Sydney, both shows had the same support: Abbie Cornish. A respectable white, female actress who was trying to break in the game, Cornish was offered the chance of a lifetime based on privilege, not opportunity. Other rappers have been busting their balls for years to try to score a break like this, yet because she was a white actress who had all the industry connections, she was granted privilege over a number of other rappers. It’s not Abbey’s fault, and no one is blaming her. But, it is the fault of society, of the media, of allowing privilege before opportunity to be a common occurrence in today’s musical landscape.

Music is a reflection of social change. It creates new mindsets and reflects the reality of an era. Today, the influence hip-hop has had on culture is obvious. The effects of hip-hop are visible through the way the majority of youth dress, talk, walk, and behave. Language and words created on the streets moves quickly off the pavement on to the airwaves through to the corporate boardrooms where it gets blown into the mainstream. As a collective, we need to start addressing these issues not just from a grassroots viewpoint but from a governmental standpoint; policies need to be implemented along with forced representation of people of colour in media, because until then, “We’re really just talking about nitpicking about small things or things that seem large in the scheme of things, but they’re symptoms of something much larger” mentioned L-Fresh.

As Remi so pointedly admits “Black people succeed in entertainment, but that doesn’t mean racism doesn’t exist”. Racism will continue to exist in the music industry if it exists in everyday Australia. There needs to be the start of a discussion, an honest conversation about the lack of colour in billboards and advertisements and movies and music. Addressing these issues in a clear, transparent way will start a discussion on these issues, like how many people are given positions of power not just because they’re a token representation of their cultural background, but because they are just another human being who is as good as another. “We’re not representing the African community, but by being black, or coloured, or just talking about it, we’re showing that there’s a movement forward that people are allowed to whatever they want in their life regardless of what they look like,” Remi vocalised.

Rappers hold the power over societal change. Words they use in rhymes, clothes they wear, messages they convey through their music, whether its original or recycled seeps down into the mainstream. It soaks through our headphones, through the radio or iPhone blasting on the subway late at night, it trickles down into your grandma’s bedroom and onto your television screens. Hip-hop artists are your modern day pop stars; they’re the ones people go to the gossip mags to read about – they are the ones whose names are cluttering up your social media feeds and they have a certain responsibility in the scheme of things, which L-Fresh understands.

“My role is to remind myself of that because here I am in Australia, using hip-hop to my own benefit at the same time I understand the fact that I am in this privileged position to affect people positively, in the same way that hip-hop affected me. As a youth in a positive way, as it continues to affect me in a positive way“. he says. “I need to remind myself that first and foremost, that I am privileged to be participating in this culture and in this music, I need to remind myself not to get to caught up in where I’m at, or where I might be going and to use my position to contribute positivity to the world around me.”

Hip-hop has transcended cultural, racial, ethnic, geographical, social and class lines and now it’s a call for the artists themselves to understand their place within this sphere, to understand the influence they have on their audiences to affect a change. Rappers like 360, Urthboy, Remi, True Vibenation and L-Fresh the Lion are already attempting to pass on their wisdom to their audiences through the different mediums afforded to them in todays world. The media has the unique opportunity to provide a platform to somehow level out this uneven playing field we’re currently on. There’s definitely a long way to go, but once we, as a collective, realise how we’ve been programmed, we can successfully move forward. “What I hope to see is people taking the issue of racism at a systemic level seriously because it just gets brushed aside like it’s nothing,” L-Fresh vocalises as his final thoughts.