From the unmistakable wails of frontman Ben David to the average yet intensely fascinating stories weaved through each song, The Hard Aches have crafted something so beautiful that it not only demands to be heard, it demands to be felt. Accompanied by drummer Alex Upton, the pair breathe fresh air into punk by injecting that familiar Australian twang and a world of personal experiences. The result is a discography of songs that are just as much hard and fast crowd pleasers as they are deeply reflective. 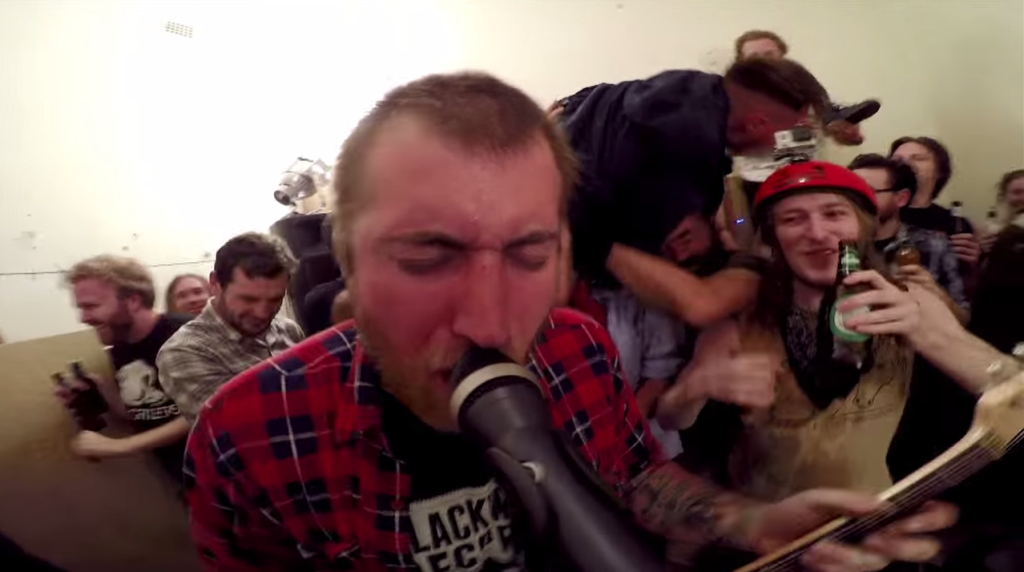 Listening to the band’s debut album Pheromones felt slightly invasive, as if I was reading through personal letters or witnessing a breakup. The Hard Aches bare all on this release, spewing tales of relationships, time and general fuck ups in a way that is brutally honest and widely relatable. The band have that impressive open book storytelling quality so many Australian musicians are known for, with a likeliness to The Smith Street Band or how one would imagine Courtney Barnett would be if she went rogue after a few too many beers, stopped being so damn loveable and started ranting about past lovers.

In case you’ve never been scientifically inclined, pheromones are the chemicals some animals produce that have the ability to affect the behaviour of another animal in their species. This works for the album by putting a spotlight onto how humans interact and the incredible way we are able to affect each other. Title track Pheromones plunges into listing the missing little nuances of a past lover with light and shade. The song effortlessly transitions from fast riffs and heart pumping drums to a slower melodic chorus of “All I need is your voice in my house or a scent like yours around”.

I Get Like This is a blazing Gen Y anthem full of post break up bitterness, such as “Don’t even know if you’re alive or if you went away for good this time, don’t even know if you’re alright, you couldn’t give a fuck if I was alive”. Now you could easily list all the best things about this song but the real star of the show is Ben David’s voice. I Get Like This is complete with his distinct emotive vocals and incredible range, which is both raw and empowering. If you’re not chanting “But I get like this, when I get fucked up!” by the end of the song, there’s something seriously wrong with you.

Taking a more alternative rock route, St. Helens is the definition of fluidity in song writing. The three minute song seamlessly flows with sing-song lyrics dancing across a bed of twangy guitars and crashing cymbals. Combined with a heart wrenching bridge of “You’ve moved on, so I’ll move out”, this track is a stand out for its gripping nature and embodies what the band does best; convey complex emotions in a simple, relatable way.

Whether you call it indie rock, folk punk or anything else under the sun, there’s no doubting the Adelaide duo are the next rising stars in a genre characterised by strong melodic hooks and intimate storytelling. Pheromones is the ideal debut album, showing maturity and talent far beyond The Hard Aches’ experience as a relatively new band.

You can grab their album Pheromones online through Anchorhead Records.