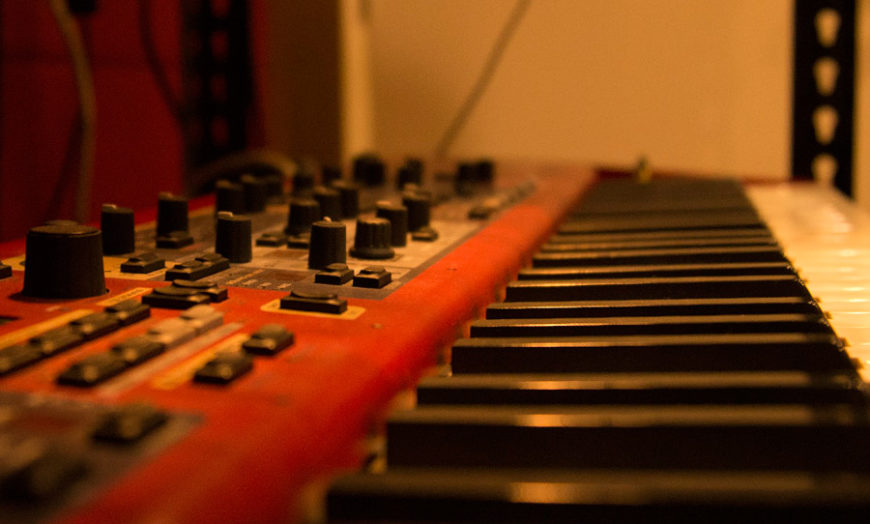 No matter what sonic realm you’re working in, the Nord Stage 2 is a powerful and inspiring tool that is able to conjure up a plethora of sounds from centuries of keyboard instrument history.

While there certainly have been some extraordinary keyboards released over the last couple of decades, if you’ve ever glimpsed the distinct red colour of a Nord on stage, you should expect to hear exceptionally well-produced sounds. One of the main reasons for this has been the Swedish company’s dedication to creating each keyboard by hand, and for its long history of building detailed simulations of vintage synthesisers, and electromechanical keyboards such as electric pianos and Hammond organs.

Although the company that produces Nord keyboards, Clavia, has been around since the early ‘80s, it was the release of the Nord Lead “virtual analogue” keyboard back in the mid-90s that really put the company on the map. By the early noughties, the company had produced additional keyboards that specialised in recreating organs and pianos (acoustic and electric), and this culminated in the release of the first version of the legendary Nord Stage keyboard in 2005. The goal of the Nord Stage was to combine all the various elements that the company had developed for its other products, giving keyboardists a “one-stop shop” for live performance and songwriting. Skip to 2011, and the company released its second version, the Nord Stage 2, which is the one that sits in Enmore Audio today.

It’s worth noting that although this keyboard came out five years ago, it is still manufactured to this day. In this time of constantly refreshing product lines, particularly when it comes to keyboards, it’s a testament to the longevity of the Nord Stage 2 design that it’s just as relevant today as it was when it was first released more than 5 years ago.

One of the first things that strikes you when you hear the recreations of vintage keyboards that come with the Nord Stage 2 is just how realistic they are. For the Organ Section, the distinctive click of the keys punctuates the notes, but these can easily be dialled in or out as necessary. Three types of organ are modelled, the Hammond B3, the VOX Continental, and the Farfisa Compact, and there are virtual drawbars (aka “Draw buttons”) that can be adjusted on the fly, as well as a built-in rotary speaker emulation.

For the heavily sample-based acoustic piano sounds, you’re greeted with the full rich tones and overtones of a beautifully miked upright or grand piano. The company’s commitment to realism is further enhanced by the various settings available within the control panel for the piano section. It’s possible to control whether there is pedal noise when an attached sustain pedal is depressed, and you can even enable the modelling of string resonance and longer releases. This emphasises the sensation of playing a real acoustic piano wonderfully.

Unsurprisingly, the synth section of the Stage 2 is incredibly powerful and features classic analogue synthesis, as well as three-operator FM synthesis (for those classic ‘80s DX7 sounds), and wavetable synthesis that is compatible with the Nord ‘sample library’. Add to that an arpeggiator and numerous layering options and you have a very fat-sounding and inspiring tool for creating expansive synth landscapes.

Oh, and did we mention that you can blend all those sections together too? Now we have.

While there’s absolutely no doubt that the Nord Stage 2 is an exceptional instrument with fully realised and detailed recreations of vintage keyboards from various eras – which are inspirational in their own way – what really sets it apart is the ease with which you can blend these studio-quality tones into amazing new sounds. It’s this capacity for realism and creativity that makes it an inspiring tool for whatever sonic realm you’re working in.